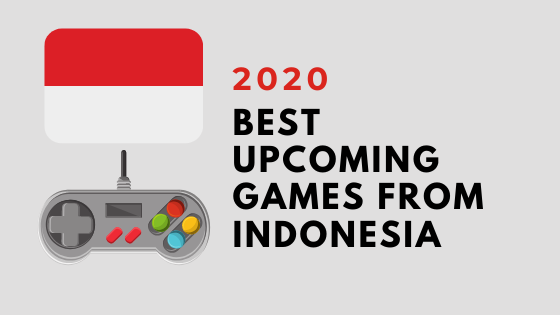 The year 2020 has already started so it is about time to look at the upcoming game releases. And what a year it will be for fans of the Indonesian gaming scene! Indonesia has by far announced the longest list of games for 2020. In recent years, it has been shown that Indonesia can produce quantity as well as quality. Will this trend continue in the new year?

We start with Coffee Talk by the creative minds at Toge Productions. Mohammad Fahmi, the author of the game, left the studio in December 2019 but it looks as if he has said goodbye with a masterpiece: as the owner of a coffee shop, we work the nights through the beautiful pixel look and listen to the stories of our guests while brewing a wide variety of drinks. Coffee Talk will be a relaxing and unwinding narrative adventure that will be released on Steam on January 29th.

Shortly afterwards, Toge Productions follows suit: Necronator: Dead Wrong should start in Early Access on Steam on February 13th. The game wants to combine tower defense, real-time strategy and deck-building into a humorous experience. In a pixelated retro 3D from the top view, we fight against the advancing hordes of good. Yes, you read that correctly, in Necronator: Dead Wrong we play the undead villain. We are excited!

Announced for February 3 is a game that has – so far – generated little attention: Paw Paw Paw by Simpleton from Malang. This could be a real indie insider tip. Paw Paw Paw is a sidescroller beat’em up in cute 2D style. With up to four players in co-op, we cut our way through enemy hordes with warlord animals, collect equipment and improve our characters. It looks like a straightforward experience to keep an eye out for. Paw Paw Paw appears on Steam.

The next title proves that Indonesian game developers are not afraid of unusual game concepts. The developers Studio Namaapa call Ciel Fledge a daughter raising simulator. This description applies to the core, but also leaves a lot of scope for interpretation. It is clear that the wild genre mix takes place in a future scenario and we have to take care of the fate of a foster child. We can’t really judge how this mixture of management sim and visual novel will play out in the end, but that’s why we’re all the more looking forward to it. Ciel Fledge will be released on Steam and on Nintendo Switch on February 21.

The release date for a game that has been under development for a few years has only recently been announced: The ambitious horror game Pulang: Insanity should already teach us fear on Steam on February 25th. The story revolves around a mystical ritual called Pesugihan, in which an unholy pact is made for wealth. We saw a demo at Gamescom 2019 that looked very promising. In terms of the level of graphic detail in particular, the developers have made a lot of plans to implement Indonesian buildings and landscapes. We hope that the finished product will impress us just as much and convince players from a qualitative and technical point of view.

When The Past Was Around

Last year Brigitta Rena from Mojiken Studios enchanted us with the dreamy She & The Light Bearer. In 2020, she would like to show off again with a beautifully drawn point & click adventure. When The Past Was Around tells a story about love and the pain of breaking up, in which the goal is to escape from a relationship (represented as a series of memory rooms). The puzzles needed to this determine the gameplay. When The Past Was Around will most likely be a highlight for fans of narrative gaming! There is no specific release date yet, but spring 2020 is aimed at on Steam.

Lokapala: Saga of the Six Realms

This game could make history as the first MOBA from Indonesia. Lokapala: Saga of the Six Realms wants to combine the popular and successful gameplay with a scenario inspired by Indonesian myths. It doesn’t reinvent the MOBA genre, but it looks surprisingly attractive. It will soon be clear whether the project can gain a foothold in the tough MOBA market: The developers have already announced the pre-registration phase on their website. Lokapala will appear on Android for mobile devices.

A crazy endless runner for Android and iOS awaits us with Rocky Rampage: Wreck ’em Up. As Boulder Cobblestone, we have to get back our underwear which was stolen by a sneaky thief. We automatically run and hop at breakneck speed from left to right and defeat enemies. Thanks to simple one-touch controls, Rocky Rampage could be a motivating and fun experience for in between. It may not be long before the release: the pre-registration phase has already started on Android.

It will be creepy in Cursed Mansion, the horror adventure by Dragon Emperors. In the 2D pixel style of Japanese RPGs, we explore a mysterious villa and encounter all kinds of eerie events. The developers clearly focused on puzzles and the story, where the alternative endings are depending on life-threatening decisions in the game. Cursed Mansion should start on Steam in early 2020.

Our list continues with an absolute horror highlight, but we cannot say with certainty whether it will appear in 2020 at all. However, the signs are good that DreadOut 2 will build on the virtues of its predecessor. Again, armed only with the mobile phone camera, we will  fight against Indonesian ghosts in nicely designed 3D environments. Developer Digital Happiness should take enough time to polish the game so that DreadOut 2 does not appear as bug-ridden as their first work.

2019 was the year of environmental movements like Fridays For Future. Indonesia also suffers from massive environmental pollution as the oceans in particular are filled with plastic and other garbage. The developers of Khayalan Arts (Makers of Incubo) take up this topic and pack it into a two-dimensional puzzle platformer under the sea level. Samudra is reminiscent of Limbo or Inside but made by environmental activists, where skill and a melancholic atmosphere stand out. We hope that Samudra will be a good game and that it can stimulate environmental awareness. A release for PC is already possible in 2020, but the developers are keeping a low profile here.

As if the above games weren’t enough, there are other potential hits from Indonesia in the pipeline. For the following games it is true that a 2020 release is possible, but remains purely speculative, as the development status is too early or we simply do not have enough information.

Most likely, further episodes of the atmospheric horror adventure Pamali will appear. And does Toge Productions have another iron in the fire with A Space for the Unbound? The 2D Pixel Adventure set in 90s Indonesia could appear later this year. The same applies to the survival game Project D: Human Risen, which looks promising but cannot yet be assessed completely. The horror games De:Void and Lire are also hot candidates for 2020, but the level of development here may not be far enough. It is always worth taking a look at smaller projects on itch.io. One should especially watch the platformers Faerie Afterlight and Melody of the Light. Another exciting project is the action RPG Aious, which is currently still in alpha status. So there will be enough games in 2020 that we won’t get bored. We look forward to it and certainly expect one or two surprises that are not on this list! 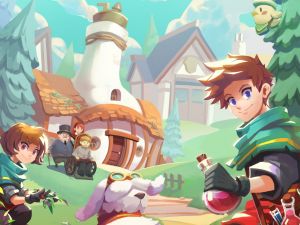