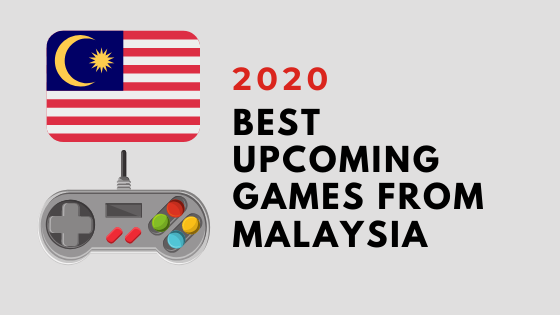 The time has come to look at the upcoming games from Malaysia. If you check out our list, you might not even know where to start. In any case, there is something for every gamer, whether on playing on console, PC or mobile device – so let’s go!

The year begins with a bang, because the PC version of Simulacra 2 – the successor to the extremely popular found-footage horror game from 2018 – will be released. Last year, the highly anticipated sequel was released for mobile devices and again it is about finding a smartphone and decoding a dark secret hidden behind cryptic messages and charming video snippets. Can Simulacra 2 outperform its predecessor? PC players will find out on Steam on January 16.

We had the chance to play No Straight Roads already and are convinced that Metronomik will bring a particularly creative game for music fans. The amazing thing is that, according to the devs, there is no need for a sense of rhythm – instead, No Straight Roads looks like a fun and colorful action adventure: We look forward to exploring the world of Vinyl City with Mayday and Zuke! No Straight Roads will appear early 2020 on the Epic Games Store [Affiliate Link] and on PlayStation 4.

Note: If you pre-order or buy No Straight Roads on the Epic Games Store, you can support us if you follow the link in the text above or enter the creator tag VIRTUALSEA at checkout. Thanks a lot!

In Bake’n Switch it gets chaotic when everyone tries to bake the best rolls. Here, up to four players, together or against each other, face the challenge of transforming sweet dough creatures into even sweeter creatures in an arena. You often get in each other’s way and have to coordinate things well or get angry – we already had a lot of fun with Bake’n Switch at Gamescom 2019 and are even more excited when it finally comes to PC and Nintendo Switch (hehe) in summer 2020.

If you haven’t had enough of brainless zombies in 2019, you shouldn’t miss a sip of this soup. Zombie Soup is a declaration of love to the 80s and mixes brightly colored neon optics with action gameplay from a top-down perspective. Shooting, evading, looting and leveling – that’s what action fans with sweet spot for retro looks can expect  on Steam – according to developer Aeonsparx Interactive, Zombie Soup is “coming 2020”.

We don’t know much about Fires at Midnight from Persona Theory Games yet. Actually, not even if it will appear in 2020 at all. However, we really hope so, because the narrative adventure sure looks exciting. The story is a classic love story set in 1999’s Kuala Lumpur and deals with depression – the developers are not afraid of sensitive topics. Hopefully, they will manage the balancing act between seriousness and fun. In any case, Fires at Midnight has the potential to be a narrative milestone for the Malaysian games scene.

In addition to the titles mentioned above, other promising games from Malaysia are currently being developed, which we would not like to keep from you: there would be Monsoon Merchants from the talented team around Munkao, in which we are building a trade empire in Southeast Asia. Or Ageless, a narrative pixel platformer where we influence the age of creatures. And last but not least, the fast-paced action adventure Endura The Thrilling Delivery, whose visual design and history is inspired by Southeast Asian myths.

A lot to play in 2020! If that’s not enough for you, have a look at itch.io, where the developers often give early insights into their games of tomorrow.

Malaysian Developer’s Latest Game: Rogue AI Simulator – Will You Choose to be a Benevolent Scientist or a Ruthless Dictator?