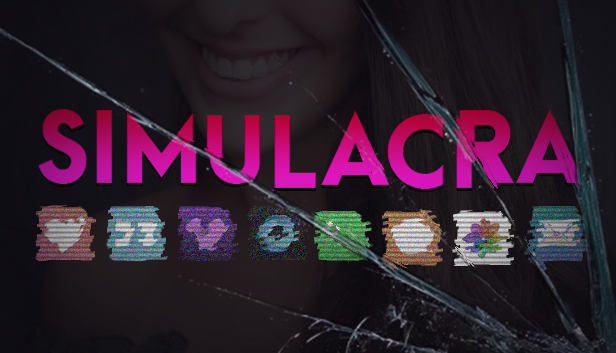 Smartphones have become the center of daily activity for most of us. We share photos on Instagram, update our Facebook profile and follow people we like and dislike on Twitter. Apps of all kind dominate our lives and we deliberately give away our data on the internet without knowing who reads it at all. Privacy is a major concern today, yet we haven’t found a solution and the idea that anyone can access all our data at once scares us. Our phones can tell everything about us. What happens when a stranger gets their hands on it?

In 2016, Malaysian indie developer Kaigan Games released their first game “Sara is Missing”, a game about a lost phone, found footage and a creepy yet short story about a missing woman named Sara. It was a big success and won several indie prices. Yet, it was a rough diamond, legitimately criticized for being its slightly amateurish presentation and some logical loopholes. Kaigan Games knew they could do even better and decided to remake the game in a better and bigger version. And here comes SIMULACRA.

Sara is Missing wasn’t the first phone-like out there. Games like Replica and Another Lost Phone each took different take on the genre while simulating a smartphone interface. Like its predecessor, SIMULACRA wants to make the player feel uncomfortable, make him feel guilty about trespassing someone’s privacy and deliberately stalking them.

To find out what happened to Anna, owner of the phone, players must snoop every little corner of her device. Not all the data is relevant to the case of course. One step after the next, we discover more about her family, her friends, her private thoughts and even her love life. SIMULACRA simulates a full modern smartphone with apps like browser, mail, various social media or even a copy of the highly popular and notorious dating app Tinder. Bit by bit, we uncover Anna’s story and we dangle between feeling like a super sleuth and a dirty little peeper.

SIMULACRA offers a very convincing experience. The whole game does its best at simulating a phone, sucking players into the world of data, passwords, messages and images. While chatting with Anna’s friends, we forget who we really are. Who is Anna? Can we trust her friend, her lover? SIMULACRA is confusing and fascinating at the same time. And it can be scary to dive deeper into a world that mildly blurs the line between reality and the supernatural. The story is captivating until the end and depending on the player’s decisions in the game and their overall performance in uncovering its secrets, one of 4 different endings a waiting.

With SIMULACRA, Kaigan Games delivered a masterpiece. Building up on Sara Is Missing, this game has been improved in every possible way. It looks better and smoother, recreating a more believable phone experience. Voice and video acting is more professional (although still a bit overacted at times) and the story is more believable. It truly stands out for being a game that makes you question your own digital behavior after playing it. From now, on we will consider twice what data we save on our phone. You might not know who finds it…

SIMULACRA is available on iOS, Android and Steam. We recommend playing on a smartphone as it reinforces the feeling of operating an actual phone.