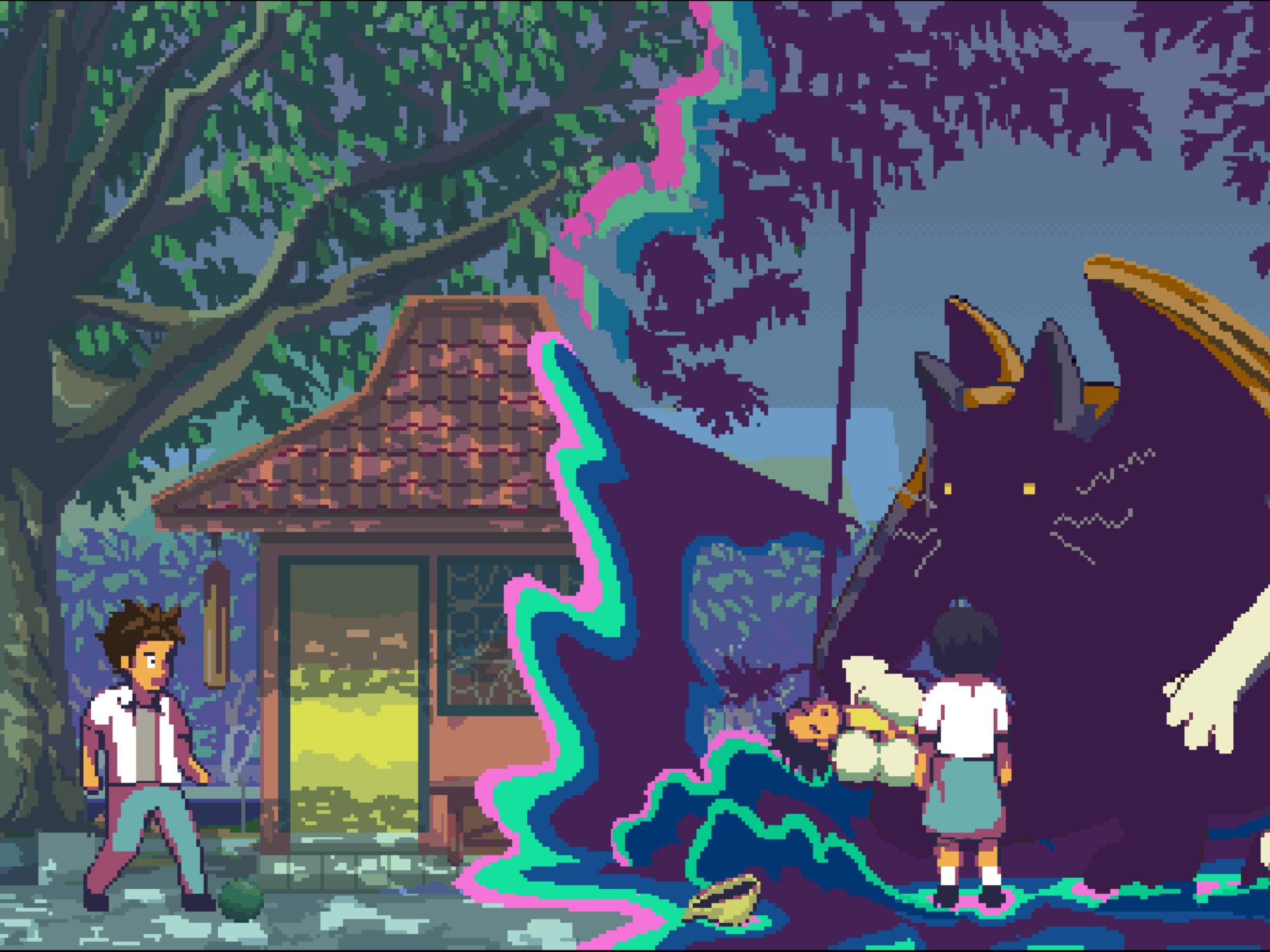 In a joint press release and via public social media channels, the Indonesian game studios Toge Productions and Mojiken Studios announced that the release of their upcoming title, A Space For The Unbound, will be delayed indefinitely. The reason for postponing the 90s slice-of-life adventure is a dispute with the publisher PQube Games.

Toge and Mojiken have terminated the contract for the console release of A Space For The Unbound with the UK-based publisher with immediate effect. The two renowned game studios raise severe allegations against the publisher. It is claimed that PQube has “[…] done certain things which have left us [Toge & Mojiken] feeling manipulated and exploited, and so we have had to terminate our agreement with them.”

In detail, this is about an event in August 2022 in which PQube is said to have exploited the origin of the studios from Indonesia to “obtain a diversity fund from a well-known console platform.” PQube is said to have not shared this funding with the studios: “PQube Games intentionally withheld information about the grant and used it as a leverage for their own commercial gain. Rather than paying the grant money to us, PQube Games hid the facts about the grant’s award and added it as a recoupable minimum guarantee and then used it to negotiate the increase of their revenue share”.

Toge Productions and Mojiken Studios accuse PQube of being “exploitative” and claim that they are using “predatory practices”, which led to the immediate termination of their collaboration with PQube.

When we asked the publisher about the allegations, they made a statement that did not go into detail regarding the fund in question and does not deny any blame or wrongdoing. Instead, PQube is stressing how they have been a supportive publisher: “We have honored all obligations of our publishing agreement and have supported Toge Productions at every stage of product development throughout their delays and difficulties. This support has included offering significant further funding, over and above grant funding, to support development, porting and marketing.”

Furthermore, they are suggesting disagreement between the three parties regarding the publishing deal as a reason for this escalation: ”Toge Productions have sought for some time to unilaterally enforce unreasonable revised terms to our agreement and it is disappointing that, as a result of not achieving that and despite PQube’s significant efforts to accommodate this, they have sought to deal with the matter in this way.”

Meantime, it is unclear how things will continue with A Space For The Unbound. The game, which had been in development for seven years, was about to be published within the coming months. However, it is not foreseeable how much the dispute between the three parties will affect the release, as PQube has not yet handed over control of the console versions to the studios. It is also unclear whether this situation will have possible consequences for other publishing deals with Indonesian studios (including Potion Permit, Valthirian Arc: Hero School Story, and Kitaria Fables).

It is hoped that the dispute between PQube Games, Toge Productions, and Mojiken Studios can be settled soon, allowing the much-anticipated A Space For The Unbound finally see the light of day.