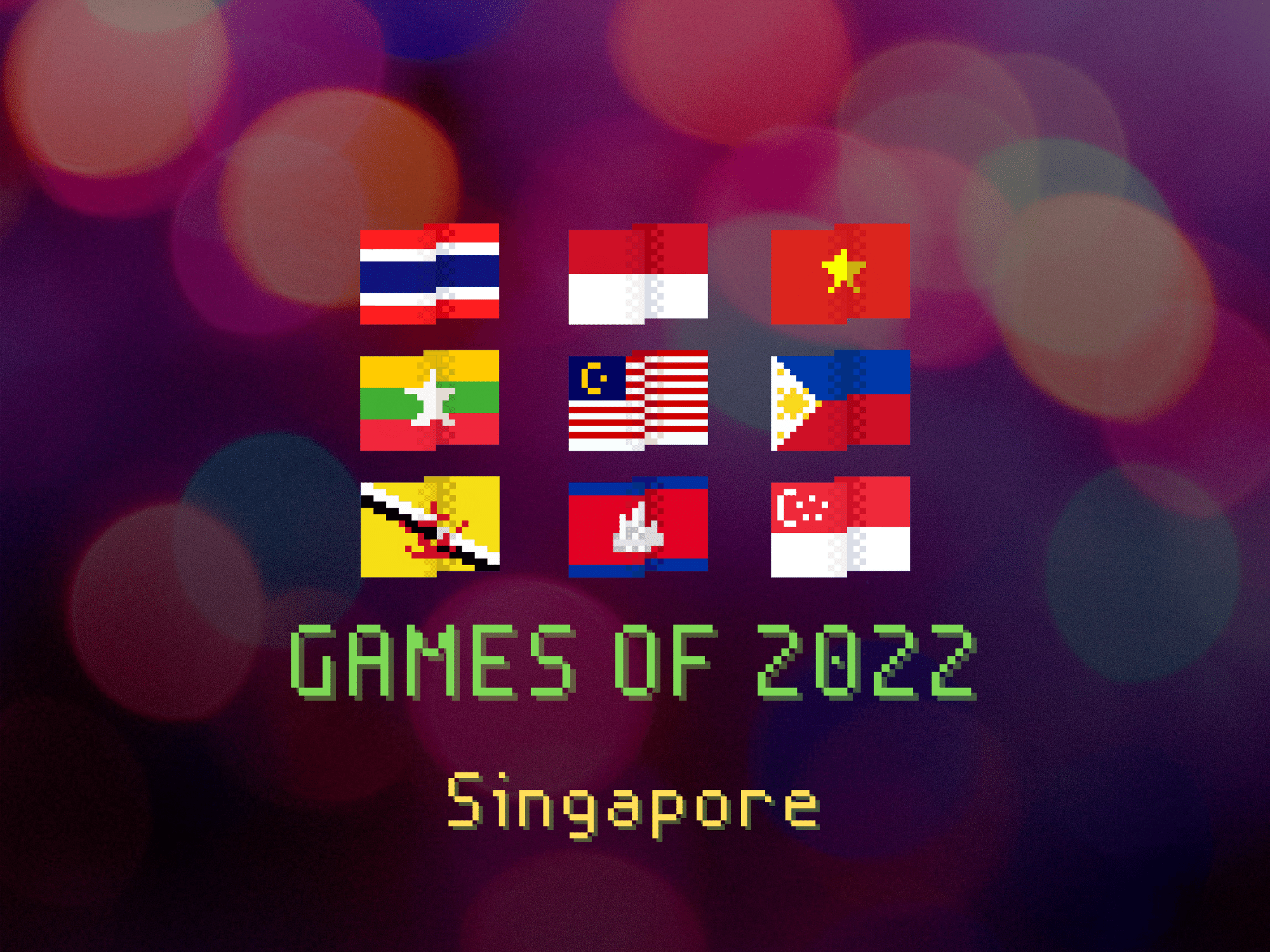 It’s about to be Year Three of this worldwide pandemic (let’s give it up for Year Three!). However, while the plague’s at our doors and the world’s still on fire, at least we’ve still got video games to carry our sanity through the stress of being alive amidst historical events, and boy, are there video games.

Asia’s underrepresented video game industry has only continued to grow, and Singapore has stayed on course as a regional powerhouse. We’ve got plenty to look forward to in 2022, and we would love to show off some titles to you!

Developer Mini Bunnies (Hazel the Plant Witch) offers a delightful proposal: take a musical stroll (well, more like run through an obstacle course) through a spooky mansion caught between the world of the living and the dead, interact with a diverse cast of ghosts and demons, and play some fun mini-games in a little Metroidvania inspired by Peranakan culture. Sounds up your alley? Then make sure not to miss After School Afterlife on Steam when it releases later this year.

Ghostlore is a gorgeous Action-RPG from developers Andrew and Adam Teo. Battle the gruesome monsters of Southeast Asian folklore in beautiful, procedurally-generated isometric battlegrounds. Mix and match the abilities of six different character classes, find glyphs in the world and inscribe them into yourself to boost your stats, wield various weapons and amulets, and–in true SEAsian fashion–whip up a variety of meals to aid you against the forces of darkness. Ghostlore releases on Steam in March 2022.

Skull Chainz is a physics-based roguelite arcade game from developer Chaoclypse that wastes no time letting you know what it’s about. You are a skull, you have a chain, and another skull is on the end of that chain. You have been condemned to hell for some unspeakable crimes, but hell itself is about to learn the wrath of your makeshift flail, and nothing’s going to keep you inside this nightmare prison. Smash everything in your way, push through failure, and keep on swinging; you don’t have to use your head when you’ve got someone else’s. Skull Chainz will release on Steam sometime in 2022!

Another trip through hell, though this time in virtual reality, Hellsweeper VR by Gordian Quest developer Mixed Realms challenges you to airdash, powerslide, wall-run, and more through the demonic hordes in an intense first-person roguelike with an emphasis on mobility and the most insane action you can get in virtual reality. Bisect a monster with a claymore, chop off a demon’s limb and club ‘em with it, ignite them with fire from your fingertips, or ride on their corpse-like a surfboard. A good Hellsweeper kills with ease, but a great one kills with style. Hellsweeper VR releases on Steam with compatible VR machines in Q3 of 2022!

Sigil of the Magi

Combine a dynamic roguelite deck-building experience with turn-based tactical strategy in Sigil of the Magi, a game by developer Yongjustyong. Control three champions and build up your deck to give them unique skills to battle through multiple events and enemy encounters. Sigil of the Magi releases on PC and Switch sometime in 2022!

Developer Good Morning Games takes a unique approach to roguelite Action-RPG dungeon crawling with Knight Crawlers, which combines the genre with hilarious ragdoll physics combat. Wade through crowds of enemies with flails and hammers, rain arrows and fire with bows and staves, and flop around to a wiggly victory as both you and enemies go flying from the force of your movements. Dominions, skill cards, and weapons make every crawl unique, but a multiplayer mode boasting both co-op and PVP options makes this one truly something to watch out for. Knight Crawlers is set to release on Steam in Q3 of 2022!

Love comes in all shapes and sizes, though in this case, you might be more concerned about their shape. Snail Story: Love Edition from developer Squish Potato is a quirky dating sim where Bella Escargot, a snail girl, enrolls in a prestigious human university to get out of her shell and perhaps even find love along the way? With branching storylines, two different romantic interests, and a mystery plot behind the romance, this is something to look out for if you’re a fan of visual novels or simply want to try something new. Snail Story: Love Edition is set to release in June 2022.

Arcade Legend VR by LAI games is coming to Steam in 2022. It’s a retro arcade game, complete with new attractions and fun games! You can find out more about the interactive VR management sim in our detailed preview.

Plushie from the Sky

A wacky souls-like from developer Fishwind, Plushie from the Sky puts you in the role of a fallen angel armed with a plushie, tasked to explore a diverse and colorful fantasy world and defeat its corrupted monsters on her search to find a way home. The game promises difficult bosses and a heavy emphasis on timing dodges, blocks, and parries, hiding the challenge of a souls-like beneath its cute exterior. Plushie from the Sky is set to release on PC in 2022.

Platforming in first-person has always been seen as something of a challenge due to the difficulty of timing your jumps in a genre that usually doesn’t let you see your feet. Jetbounce from Kastel Software is taking it even further, making a collect-a-thon VR platformer where you explore non-linear levels with a rocket and pogo stick. Bouncing here, there, and everywhere builds speed and momentum that you can use to make farther jumps, but also means you can quickly careen out of control, miss a jump, and drop like a rock. Jetbounce releases on Steam (Oculus Rift only) in February 2022.

This concludes our list of most-wanted games for 2022 from Singapore. To get another glimpse of what we await for 2022 from Southeast Asia, please check out our (upcoming) lists for Brunei, Cambodia, Myanmar, the Philippines, Indonesia, Malaysia, Vietnam, and Thailand. Enjoy!