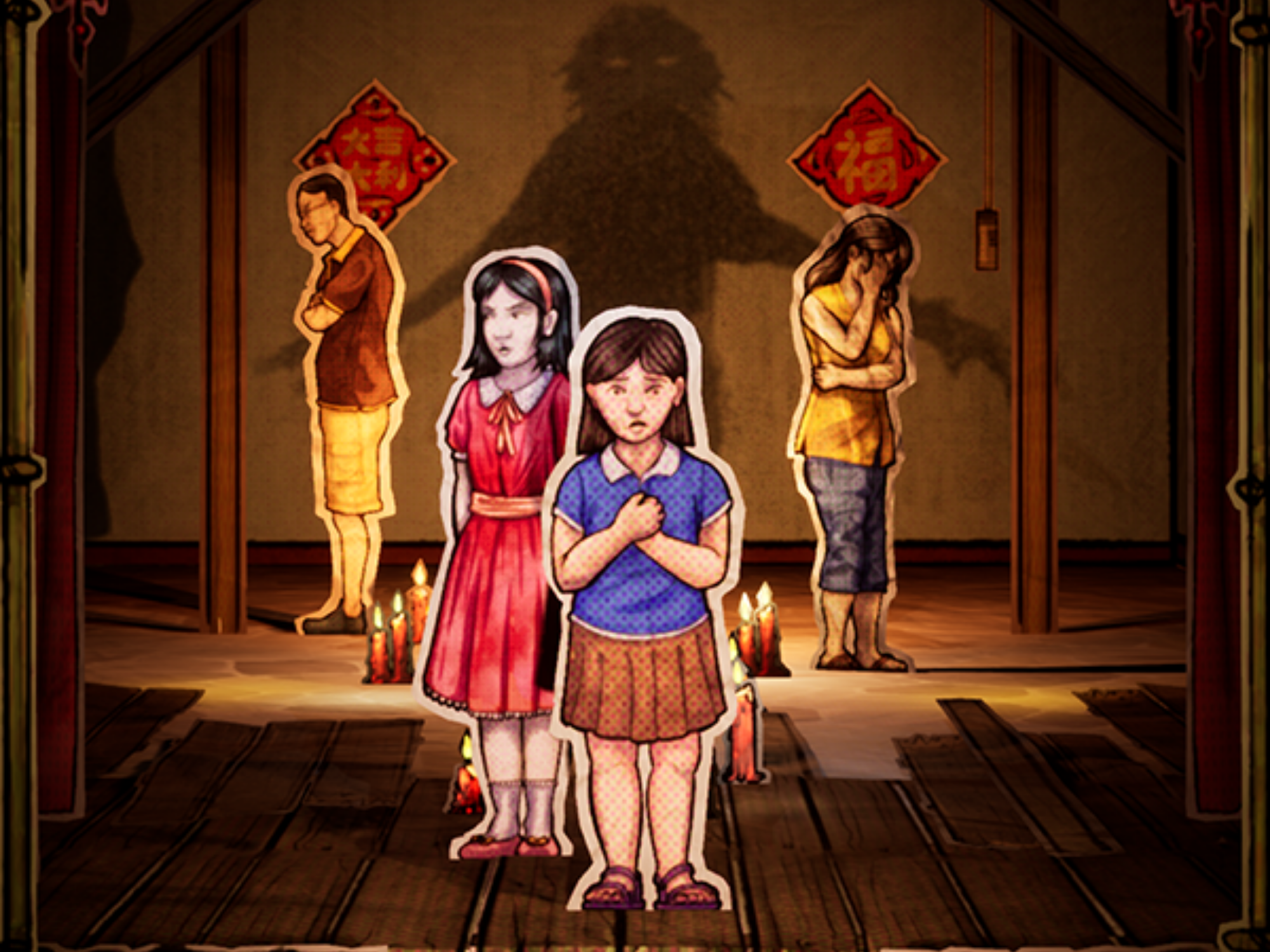 New name, new publisher, but old virtues? Paper Ghost Stories: Third Eye Open is the next installment in the horror anthology inspired by Malaysian and Chinese myths and culture formerly known as Short Creepy Tales. It is also the first full-sized game by Malaysian developer Cellar Vault Games, who will release Paper Ghost Stories: Third Eye Open with the support of publisher Chorus Worldwide in 2023.

Third Eye Open is already the third part of the series, which began in 2018 with the experiment The Long Road Ahead and continued phenomenally in 2020 with 7PM.

Just like its predecessors, with Third Eye Open, Cellar Vault Games wants to tell haunting stories from Malaysian and Chinese mythology, which are at the same time deeply rooted in people’s everyday life and living environment.

In Third Eye Open, we take the role of Ting, a young Chinese-Malaysian girl who haphazardly enters the spirit world. Since then, she has been followed by a child named Xiu, whom only she can see. However, she cannot keep her spirit companion a secret from the other kids at school, which puts her in difficult situations in her everyday life and puts her family bonds to the test.

As in the earlier games, the gameplay should consist primarily of time-critical dialogues with the authentic characters and mini-games, which will alternate with exploring the detailed environments. The tasks range from ordinary to mystical, for example, when we have to put together a barbecue or hide from evil spirits.

The graphic style of the games is particularly striking, reminiscent of the figures in a play cut out of paper, similar to those of Southeast Asian shadow puppets. The developers promise again to awaken the (sub-)urban scenery of Malaysia, for example, when we explore the Taman neighborhood, local Ko Pi Tiam (coffee shops), or the Pasar Malam (night markets) in the game. The screenshots already impressively show how faithfully the developers have implemented the environments and the people living withinthem into the game.

Paper Ghost Stories: Third Eye Open is announced to be released on PlayStation 4|5, Xbox Series X|S, Xbox One, Nintendo Switch, and PC (Steam) early next year. There will also be a physical edition.

That’s still some time away, but luckily you can download and play the prequel 7PM for free until June 2nd on Steam.