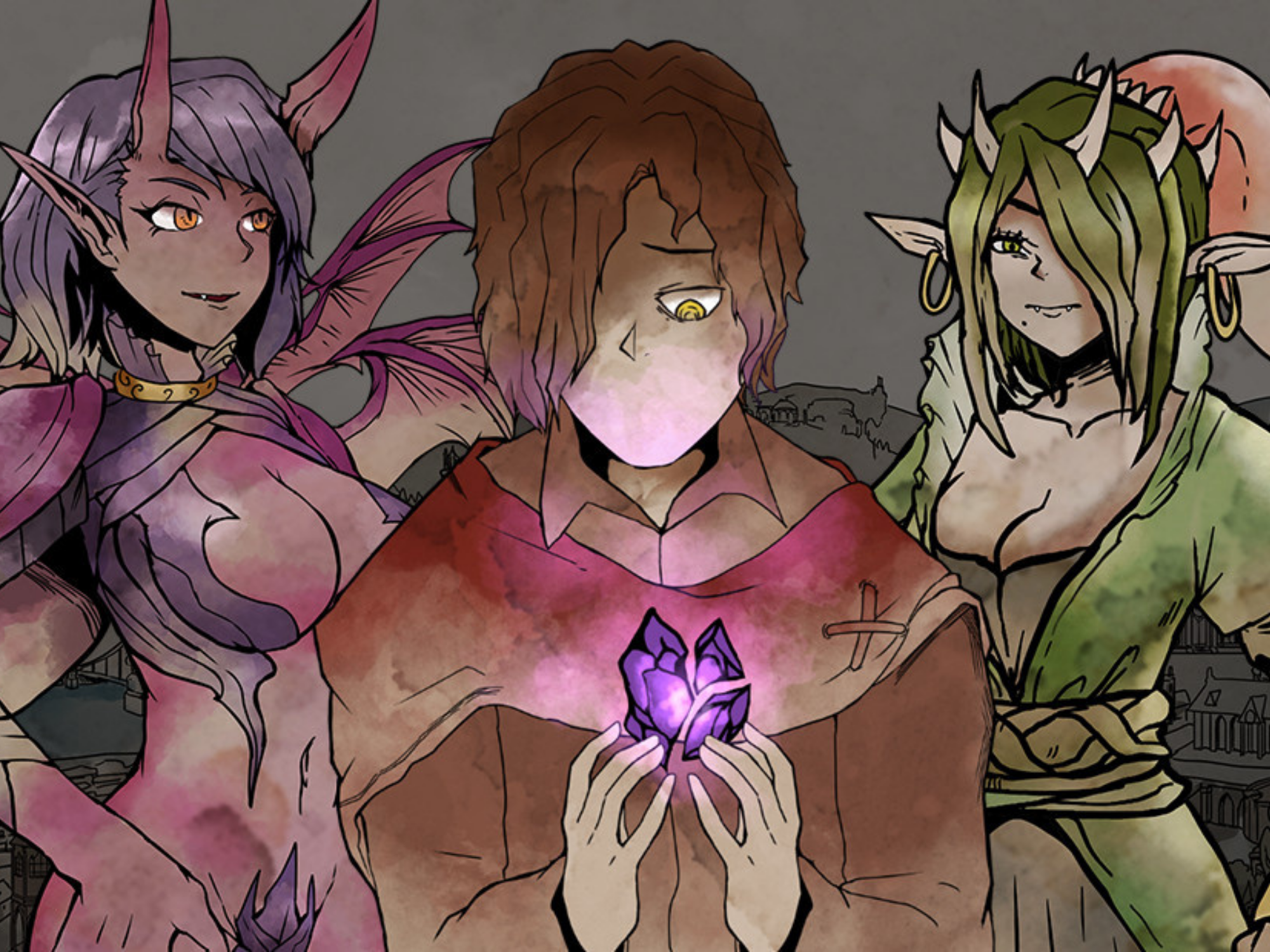 In My Lovely Wife, we take the role of Jake, who is painfully grieving the sudden death of his beloved wife Luna, as a mysterious benefactor offers a seemingly simple solution. If Jake gathers an alchemical substance known as Carnal Essence, he will resurrect Luna back from the dead. It sounds easy, but the only way to collect Carnal Essence is to summon devilish beings known as Succubi and have them extract it from willing humans.

Gameplay-wise My Lovely Wife is based on its predecessor. On a city map, we send the Succubi out to do jobs. The more obsessed the clients are with our Succubi, the more Carnal Essence we get. The twist is that we only get the valuable resource by sacrificing Succubi. So it’s up to the player to decide whether we follow the original plan or build a deeper connection to our monstrous beings.

These moral decisions should ultimately lead to over 40 possible endings. While we’re still skeptical about the extent to which the endings will really differ significantly, we’re already convinced of the beautifully drawn Gothic style, which conveys the atmosphere of the macabre gameplay perfectly.

From June 8th, you can get your impression of My Lovely Wife on PC or Nintendo Switch.