Let’s make it short: none of the games in this list have been officially announced for next year. There are, however, two main reasons why we want to talk about them anyway: First, the games have been in development for a long time, which is why a release in 2021 is not unlikely. Second, games from Myanmar, Cambodia, and Brunei are so rare that we’re excited to see each release. The latter is also the simple reason why we discuss the three countries in a joint article. Each of the following games holds the potential for an initial spark in game development, now only the quality has to be right. But let’s take a look at the titles first:

After some solid mobile games, it has become quiet around game development from Cambodia. But for some years now, Angkor: Rise of Heroes has been a promising title that could also be the first console game from the Khmer country. We are also excited because its content is strongly based on local mythology and the history of Angkor. The long-lost civilization offers enough content to tread new paths, both regarding the narrative and the audio-visual design. An early gameplay trailer released in 2018 shows that we will be dealing with a classic 3D platformer and colorful graphics set around Angkor’s temple ruins. For 2021 we’re finally hoping for more details and – who knows – maybe even a release. If it comes, Angkor: Rise of Heroes will be released for PC and mobile devices in addition to the Nintendo Switch, according to the developer Sil Animation Studio.

Stray Alloys is essentially Mega Man in up-to-date(ish) 3D graphics (Unreal Engine 4). We have already discussed an early demo version in our preview, which gives you a good idea about what the developers want to achieve. Just like Angkor, this game has been in development for several years now, as the ongoing updates on Patreon prove. A controllable mech was recently introduced. We hope that this pioneering project will finally see the light of day in 2021. The potential for a very good game is definitely there, now the Coop Legion Studios from Brunei have to show that they can successfully publish Stray Alloys on the PC.

MARGO – On the Brink

The most promising game on this list is, in our opinion, MARGO – On the Brink. Kodots Games from Myanmar has already proven that they can achieve a lot with only little means and presented us with a heartwarming story with crisp puzzles in Wanda – A Beautiful Apocalypse (2016). MARGO is supposed to be a 2D genre mix of RPG, adventure, and puzzle games. Unlike in Kodots’ last game, this time there will also be turn-based battles. We hope that MARGO can again create a wonderful world and tell an emotional story. If Kodots Games puts more effort in fine-tuning the gameplay, another indie hit from Myanmar awaits us (hopefully in 2021).

2021 could be a turning point for game development from Cambodia, Brunei, and Myanmar. If the studios manage to release their games and the quality is right, then there could be further productions coming from those countries. We also know that there are special political, economic, and technological conditions in these countries that make game development difficult. It is all the more admirable that some developers work tirelessly on their games at a very good indie level. We are excited to see what other surprises will await us in 2021.

Which games can you expect from other countries in Southeast Asia in 2021? Stay tuned and keep an eye out for our other overviews on Singapore, Malaysia, the Philippines, Indonesia, Vietnam, and Thailand. 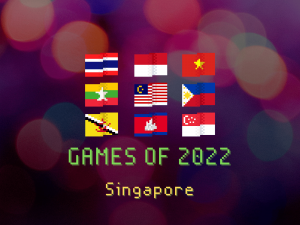 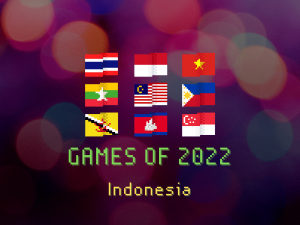