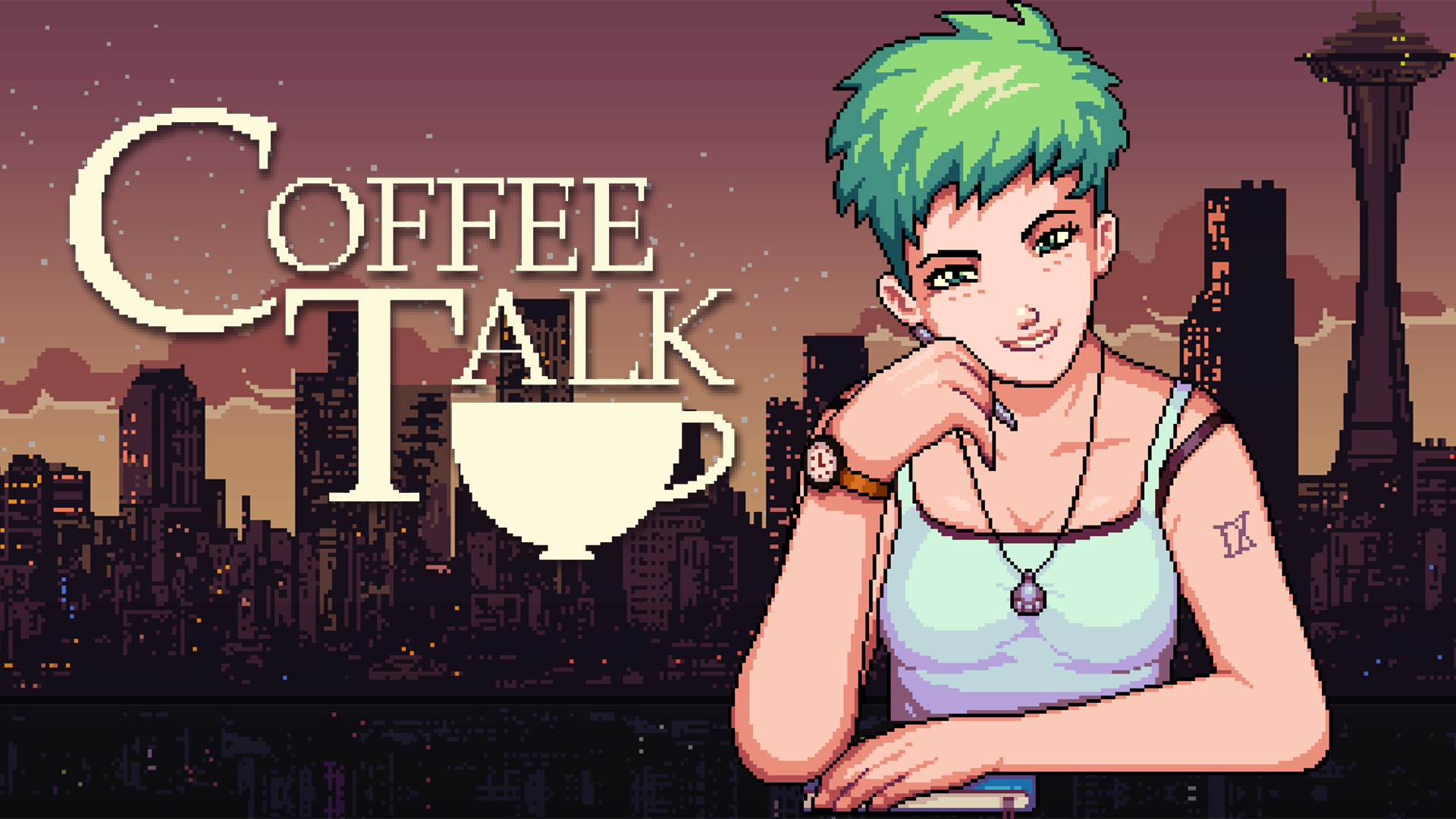 Regular customer Freya has a writer’s block. Succubus Lua and the Elf Baileys are unhappily in love. Mermaid Aqua struggles with her self-esteem. These are just a few examples of the characters and stories that play an important role in Coffee Talk. As the owner of a small café that only opens at night, we listen to the stories of our guests, brew the right hot drink and take part in their fate. Coffee Talk is a spectacle of the mundane, a refuge from everyday life – and enchanted us with its warmth.

The world of Coffee Talk is not unlike ours, with the only exception that not only humans populate this world, but also orcs, vampires, cats and all sorts of other fantasy creatures. They all come to our café to find a retreat. And they bring exciting topics with them: love, sex, generation conflicts, religion, ethnicity, to name just a few examples. The authors cleverly wrap these topics into the setting and the dialogues, but the references to the “real” world remain obvious: Coffee Talk does not only want to tell, but also has to say something. As gamers, we take on the role of the eager listener, sometimes even the mentor. Our job is to get to know our guests better and to serve them the right drink at the right time.

The conversations in Coffee Talk run automatically and at first it seems as if there is no influence whatsoever on what is happening, because there are no dialog options. However, it quickly becomes clear how the player can influence the dialogues, namely through the skillful selection of drinks. Occasionally, a guest will express a wish for a warm brew. Sometimes very precisely (“An espresso please!”), But sometimes only by vague hints. A variety of ingredients are then available to us on the interactive coffee machine and it remains up to us whether we fulfill or change the guest’s wish – this decision then influences the further course of the conversation. The system is innovative and appears more organic than a simple text selection, but it is not always completely understandable. Which drink has which effects is often not easy to understand despite a categorization of the ingredients, and the wishes of the guests are not always easy to interpret. Here Coffee Talk clearly focuses on the replay value: If you want to experience everything, you have to select other drink combinations in several game rounds. A great gimmick is the opportunity to decorate coffee creations with foamed milk. At this point, however, we spare readers an insight into our pitiful attempts at “latte art”.

In addition to the discussions and beverage preparation, we also have a smartphone with four apps available. The Tomodachil social media app shows us how much we have already learned about our guests. We look up coffee recipes in the Brewpad and with the music app we control the background music, which is extremely low-fi and chilled. A special, if easily overlooked highlight is the newspaper app, in which new short stories are published every day. These range from bizarre-comical to touching-melancholic and have a fluctuating level of quality, yet they do enrich the narrative of the game immensely.

Coffee Talk – both the game and the place of the same name in the game – is a safe space. The atmosphere is relaxed, the tone is friendly and courteous. As a player, you feel as welcome as the guests. You quickly get the impression of being friends with Lua, Jorji, Gala and the others. Coffee Talk thus becomes an ideal concept that offers solutions to the challenges of everyday life. The references to social issues of reality are obvious, and the fact that developers Toge Productions aren’t stingy with references – especially to the Indonesian society – reinforces this impression. Hardly any other country in the world has such a distinctive coffee culture as the archipelago and home country of the developers. This is reflected in the game by typical drinks such as Jahe Tubruk or STMJ (Susu Telor Madu Jahe), but also by the names of some people and their topics. Coexistence of different ethnic groups and religions is a special challenge in the multi-ethnic and multi-religious state of Indonesia – so it is not surprising that this topic is particularly important in Coffee Talk. It should be noted, however, that Coffee Talk does not take place in Indonesia, but, interestingly, in Seattle.

Coffee Talk is a game for those who care about stories rather than gameplay. Coffee Talk conveys a feeling as a gaming experience and wants to stimulate thought and empathy. It visually relies on an appealing but fairly static 2D pixel style, which, however, can impress above all with its character representations. Writing is not always entirely on point and error-free, but it usually creates authentic dialogue situations, which is still an exception in the gaming world. The team at Toge Productions has created a game that is both human and political, without hiding its roots. In the end, Coffee Talk is a game for the “woke” generation, strays away from traditional game narratives and self-referentially criticizes the game industry. Quite the opposite of the toxic climate of modern internet and social media.

Coffee Talk is available on all relevant consoles (Nintendo Switch, PlayStation 4, Xbox One) and for PC on Steam and GoG.

This review is based on the game’s versions for Nintendo Switch and Steam. Review copies were kindly provided by publisher Toge Productions.