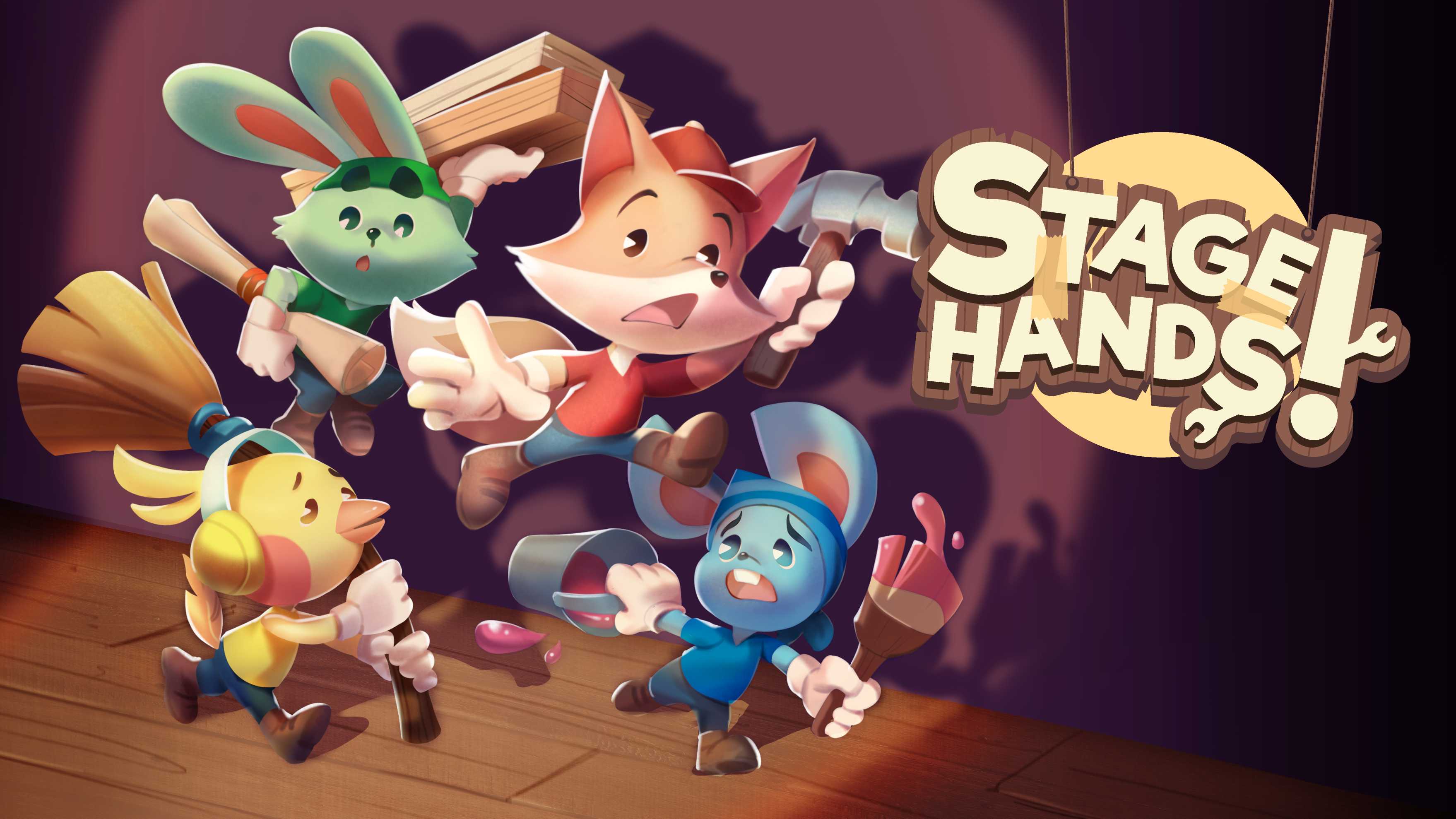 In Stagehands! we take on the tasks of a backstage crew in the theater business. Our job is to prepare the stage for the production. This works best with teamwork and so Stagehands! Will be a co-op game for 2 to 4 players in local and online mode. Together we create backdrops, put the scenes in the right light, and move stage elements to their correct place – always with a wicked timer ticking down!

With its colorful 3D style and chaotic gameplay, Stagehands! reminds us of genre classics such as Overcooked, Totally Reliable Delivery Service or the recently released Bake’n Switch. The developers promise a lot of variety in the course of the game: at one point we’re supposed to take on the role of stuntman and then again, we have to repair leaking pipes. A variety of movement options, level elements, and, last but not least, stages are intended to expand the game’s principle.

Stagehands! will be released in mid-2021, both on PC (Steam and itch.io) and on Nintendo Switch. Then we will finally know if the game is ready for the big stage!

Who is behind it?

The developer of Stagehands! is a previously unknown game studio called suchagamestudio from Singapore. The team consists of graduates from the renowned DigiPen Institute of Technology Singapore. These undoubtedly well-trained beginners are supported by the experience of The Iterative Collective (TIC), an incubator and publisher that offers support in the development, funding, and marketing of indie games. Just like the developers, TIC is also based in the Lion City.

Stagehands! is the first project that is supported by TIC and must therefore first prove itself. However, the founders bring in a lot of experience from the gaming industry, so that a solid framework should be in place. In an interview, Chief Executive Officer and Co-Founder Matthew Quek revealed that they are particularly keen to promote the local gaming scene in Southeast Asia. Here at Virtual SEA, we can only support such a project!