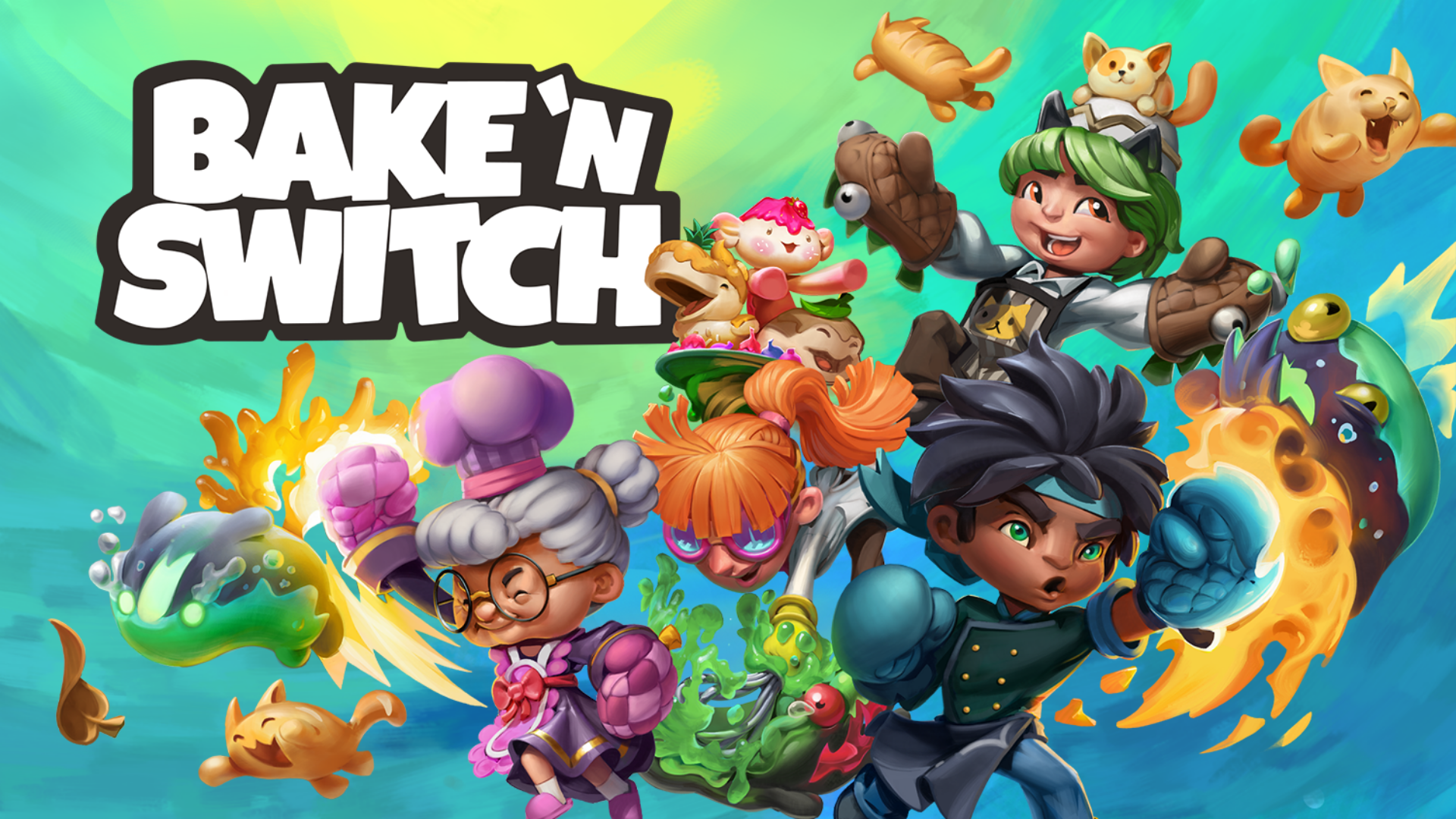 The buns are ready! After some development time and a successful Kickstarter call Bake ‘n Switch was finally released for the PC on Steam. Can the cute co-op scuffle from Malaysia meet the high expectations?

When we were allowed to play Bake ‘n Switch for the first time at Gamescom 2019, we quickly knew that an extremely fun multiplayer experience was waiting for us here. The basic principle of the game is as follows: In clearly laid out arenas and with up to 4 players, we try to toss small, cute dough creatures into an oven with a targeted throw. We can earn more points by stacking the animals beforehand and unlock stars at the end of the short game rounds. This is quite easy at the beginning, but it gets more and more tricky over the course of up to 100 levels.

The developers Streamline Games have come up with all kinds of challenges and varied elements: For example, we encounter nasty slime creatures that infect our buns, have to dip the dough in jam before baking them or dodge nasty traps on the playing field. Sometimes we sink into quicksand, then again we cannot reach the oven directly, but have to use slingshots or other level elements. It’s amazing how versatile the levels are – this way, the game concept stays fresh even after several hours of play and doesn’t get boring.

Bake ‘n Switch is designed for short, chaotic and at the same time entertaining rounds with friends: 6 characters with customizable looks and special abilities are quickly selected and off you go into the isometric fray. There is so much going on in the arenas at the same time that only good teamwork, communication and an overview can help to master the often very demanding passages. Even the best plan can fail and sometimes pure chaos breaks out when players stand in each other’s way, throw next to it or fall into an abyss. A lot of fun, especially in couch co-op!

Thanks to the success on Kickstarter, Bake ‘n Switch can also be played online. Unfortunately, the game does not have a matchmaking tool, making it only possible to compete against players from your friends list. That’s a shame, because that way the online mode is just a nice gimmick with limited reach. But even so, Bake ‘n Switch presents enough content for the players: The cooperative levels extend over two colorful and beautifully designed worlds (Tropical and Desert) and there is the possibility to compete in battle arenas (PvP or in teams) – including nasty moves like stealing buns, pushing other opponents into pits or blocking throws.

All in all, we are very satisfied about Bake ‘n Switch, but we do have some bits to complain about too: Sometimes the collision detection and physics calculation don’t work properly, which leads to us some misplaced grabs and throws. In the turmoil and because the figures are often difficult to distinguish from one another, the overview is a bit difficult. The special abilities of the characters as well as the visual customization options seem out of place rather than useful  because Bake ‘n Switch actually lives from its uncomplicated approach, which is also quickly understandable for beginners. In addition, we had problems getting the game to work with the PS4 controller, but it worked smoothly with the Xbox controller or Switch-Pro (a controller is strongly recommended, even if you can control the game via keyboard).
However, these minor problems cannot tarnish the very good overall impression: Bake ‘n Switch is a beginner-friendly multiplayer game with a focus on fast, cooperative gameplay, sugar-sweet optics (the cutscenes – awwww!) and a multitude of clever ideas that always require new approaches. Bake ‘n Switch is Southeast Asia’s answer to genre classics such as Overcooked, Fall Guys and others!

Bake ‘n Switch is available for PC on Steam and will be released on Nintendo Switch and PlayStation 4 later this year. The is review is based on a free review copy kindly provided by the developers.