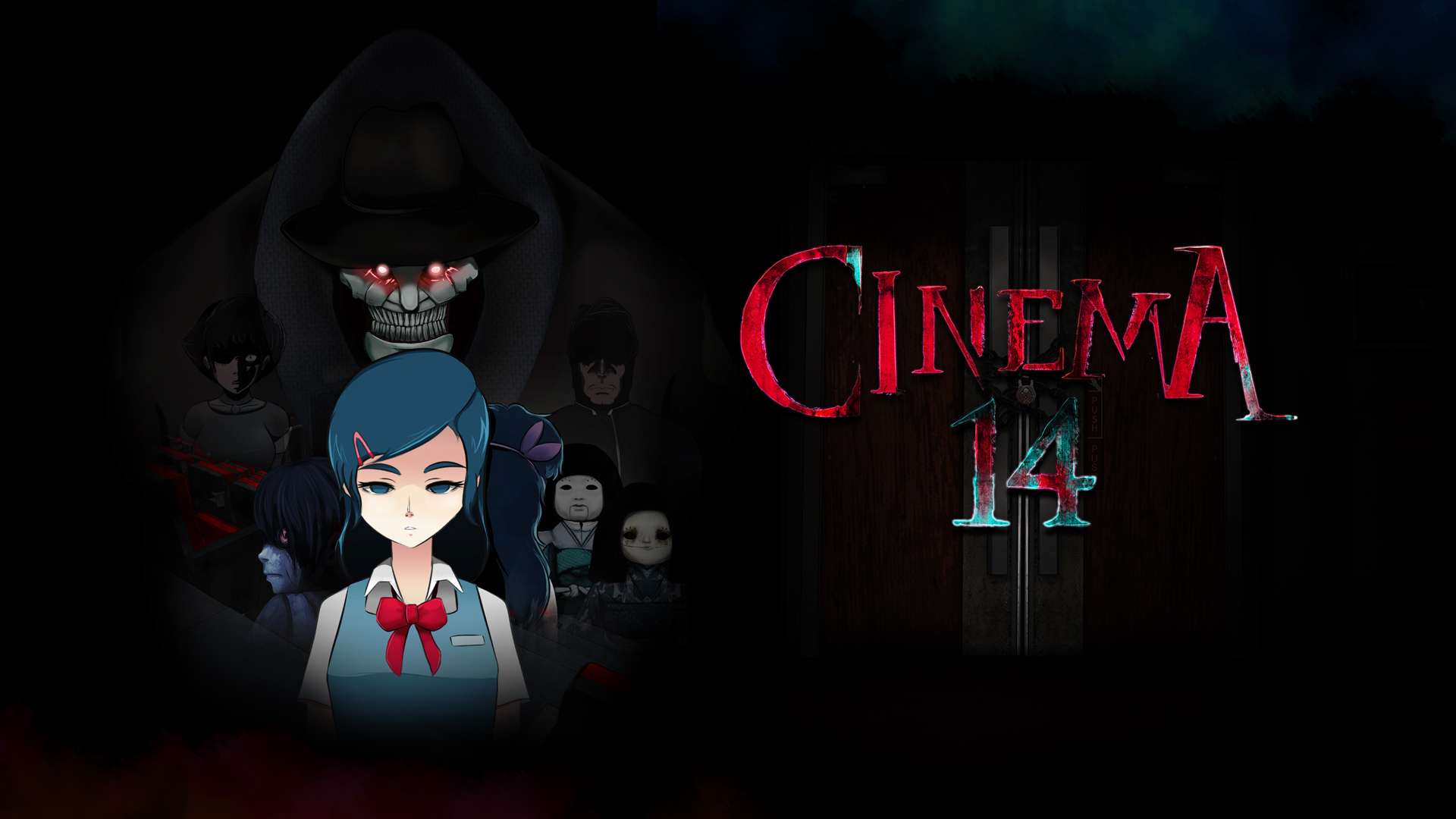 With all those stories about haunted places around Asia one might wonder which location will be next. Malaysian developer Soya Daizu came up with an intriguing idea and chose the cursed Cinema 14 as the setting for their current mobile horror adventure.

In Cinema 14, players take over the role of a girl falling asleep during a show and awakening being trapped in a deserted movie theater. By choosing the seat of a long-lost child, she unknowingly triggered a deadly curse. Now, she needs to unravel the mysteries of the child’s fate, reconstruct the events and escape the cinema. Since the game is made in Malaysia it features many references to Malaysian cultures and mythologies, which adds a nice touch to an otherwise interesting but common storyline.

The game is a mysterious escape adventure with horror and visual novel elements. It has a heavy focus on story telling and puzzling mixed with the occasional reaction text (QTE) and light survival elements as well as some basic resource management.The visual novel part, an all-knowing narrator tells the girls story which is divided into 14 chapters. The premise is intriguing and motivates the players to escape the cinema because of the underlying threat caused by jump scares and menacing situations. Unveiling the secrets of the curse is also a very motivating aspect of the game, at least that is what we can say until now. Unfortunately, Soya Daizu has only released the first five chapters, giving us only a promising glimpse of what’s yet to come. More chapters are planned to be unlocked in the future and the developers announced not less than 14 different endings for the game which are based on our decisions and performance.

The other parts of the game are the puzzles and the survival aspects. In each chapter, we get thrown into a series of rooms containing various puzzles and dangers. We touch the screen to explore, find clues, move objects and solve light puzzles. None of those riddles are too challenging for veteran adventure gamers yet they require a good sense of logic and exploration skills. Our mightiest companion in those situations is a flashlight as most areas of the game are pitch black. And here comes one of the most annoying parts of the game. To use the flashlight, we need batteries. Those can be found around the puzzle rooms among other collectibles such as coins or film reels. But when the batteries are drained, we are literally standing in the dark. This is where the game’s free-to-play mechanic comes into action. Cinema 14’s in-game store offers a variety of little helpers such a battery-life extension that can be bought for real money. This mechanic gets even more important after the third chapter in which the game opens a little and requires the player to repeatedly enter the puzzle rooms and even adds side quests revolving around collectibles. We understand that a game like likes this needs monetarization and it is far from unplayable in its free-to-play model if advertisements aren’t an immersion breaker for you. Yet, we would have welcomed a premium option in which we can unlock everything and can get rid of the ads at the same time.

The game really shines at creating tense situations and encounters with the supernatural. In those moments we can truly feel the girl’s panic and stress levels rising. Quick reactions are needed to survive, and failure often result sin a game over. Cinema 14 isn’t a game for slow players: the above-mentioned draining of resources and a time-limit until being discovered by dark creatures add a nice feeling of haste to the game reflecting the urge of leaving the cinema as fast as possible.

Overall,Cinema 14 is a great narrative experience so far with tense atmosphere and like-able and believable characters. The puzzle parts are motivating and some oft he survival aspects help to reinforce the main plot’s urge to move on. For the remaining episodes of the game we hope that Soya Daizu can keep up the game’s narrative pace, increase the puzzle difficulty and variety and add features such a cloud saves and premium monetarization options. So far, we can recommend Cinema 14 to all those looking for a tense story-driven adventure on Android and supporters of rigid free-to-play models.

Cinema 14 is available as a free-to-play game for Android devices. We received a promo code from developer Soya Daizu to remove the in-game advertisements.