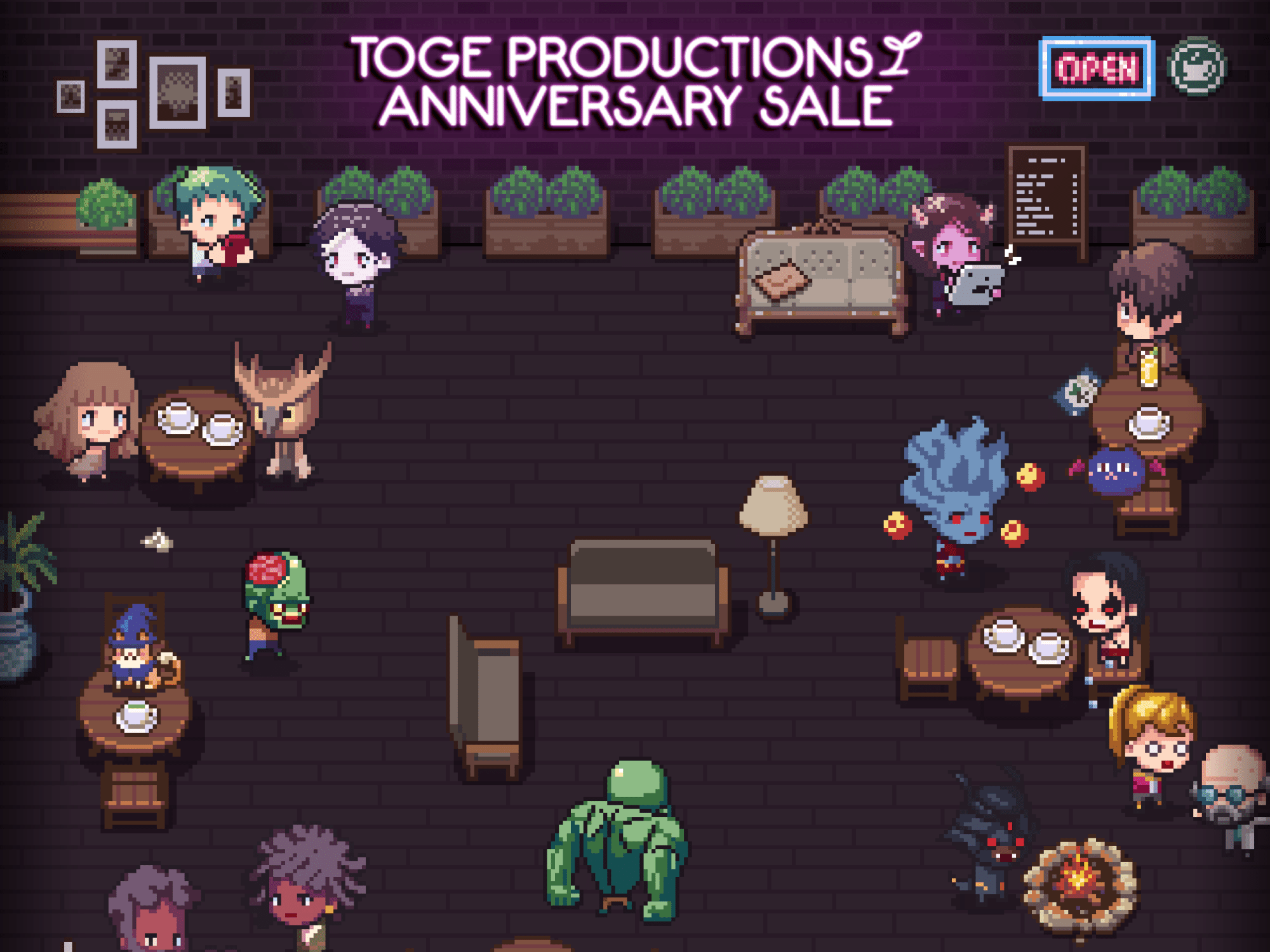 On January 17, 2022, Toge Productions started off its 13th-anniversary celebrations with its first Steam Publisher Sale. The Indonesian game developer and publisher will also be hosting first-time demos for their newest and upcoming games:

Toge Productions saw its humble beginnings as a creator during the heyday of online flash games. Through the years of experience, the company found itself at the forefront of the Indonesian indie game scene and began its publishing arm in 2017 to support more promising games from the region.

The Toge Productions Steam Publisher Sale runs from January 17, 10AM PT until January 19, 10AM PT. Aside from Steam, you can find their games on sale on other platforms like GOG.com and the Nintendo eShop.

Rising Hell, a roguelite platformer developed by Tahoe Games and published by Toge Productions, is also receiving new content. The upcoming update includes an additional character, Val, who adds a whole new way to play through the violent, virtual version of the demon-infested underworld.