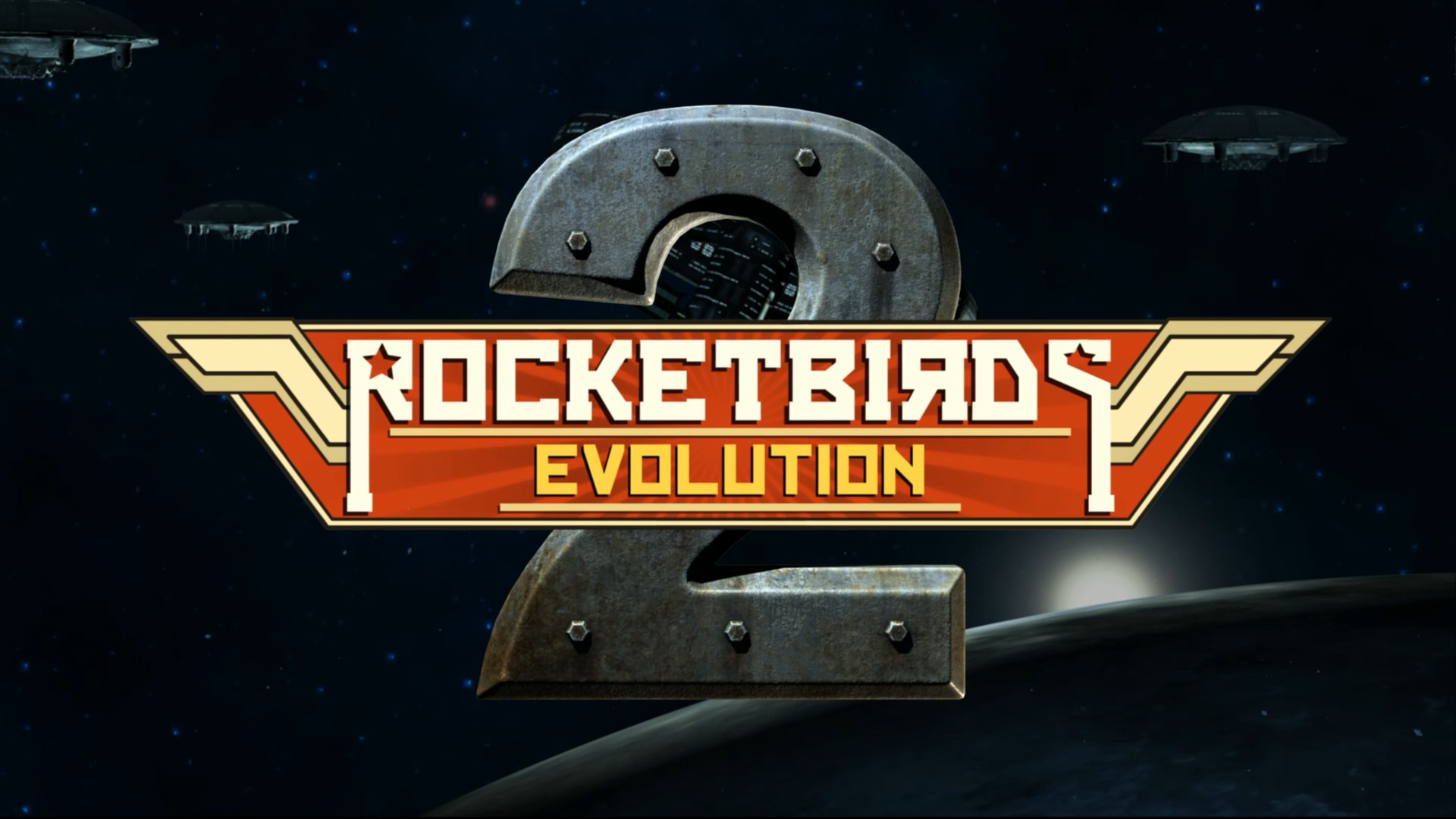 Five years after Rocketbirds: Hardboiled Chicken, independent developer studio Ratloop Asia from Singapore returns with their sequel Rocketbirds 2: Evolution. Like its predecessor, Rocketbirds 2 is a 2d shooter spiced up with over-the-top action and cheesy humour. Ratloop added a few improvements to the game’s structure though. Visually, the game now supports HD graphics (1080p), making it look more crisp. They also increased the enemy variety and added more weapons and gear. All of these improve the overall gameplay experience in small details, but the biggest change might be the addition of a multiplayer co-op mode for up to four players!

Rocketsbirds 2 is divided into two parts. Part 1, named “The Cockup”, is a classic singleplayer experience following the events of Rocketbirds 1. Players take control of Hardboiled Chicken, who is basically a chicken Rambo armed to the teeth with shotguns, MPs, flame-throwers and a jet pack. The story is set in an alternative birdy world in which fascist dictator Putzki, a penguin, comes back from the [spoiler] dead to overthrow the world again with the help of his albatross army. Of course, Hardboiled Chicken has some unfinished business with Putzki and wants to put an end to the dictator’s gruesome plans. To do so, players must accomplish a lot of fast-paced platforming, shooting and slightly slower clever use of gear. The interesting new gadget here is a hacking-device that lets players take control of unaware minions. All of this plays quite familiar but is well executed and is mixed up by interesting boss fights and hilarious cut scenes. Some jokes seem a bit too much but friends of on-the-point stupidity will be delighted. Generally, it’s the humour that makes Rocketbirds 2 stick out, giving a welcome distraction from other overly serious video games.

With Part 2: The Rescue, Ratloop wants to give a little more depth to their game. In this co-op mode, set in the background of rescuing and recruiting other fighters against Putzki, players can team up with up to four friends and fight through procedurally generated missions and unlock new characters. This works either online or at home in offline couch mode. It is quite fun to go on a hunt for money, new gear and weapons, and upgrade them in your base of operations, the game’s multiplayer hub. One feature that is extremely hilarious in a good way, is the option to stack characters. Players can carry other characters on their shoulders to merge forces and firepower. This looks as dumb as it sounds but is actually a quite good co-op mechanic to mitigate chaos. Of course, it is also possible to customize your characters with hats, shirts, pants, jackets as well as weapon sets, of which the game has more than 100 different variations.

Rocketbirds 2: Evolution continues the good work that was started in 2012. The gameplay is solid and satisfying enough, although the focus on shooting sometimes feels a bit tiresome. Controls are good, as long as you use mouse and keyboard (aiming is quite clumsy with a gamepad). This is especially important as some boss fights can be quite challenging and require fast reflexes as well as clever use of weapons and tactics. With more unlockable items, a broad roster of characters and better puzzle ideas, the singleplayer becomes better in details but none of it is out of the ordinary. From an acoustic point of view, Rocketbirds 2 is without flaws. Sound effects are good and fit the comic art style. The voicing is almost without flaws and the soundtrack by LA-based rock band New World Revolution is the perfect match to the action packed gameplay.

Overall, Rocketbirds 2 is a fast and well-executed 2d shooter with platforming and light puzzle elements that mixes action with lots of humour and a chaotic but nonetheless satisfying co-op experience. This review is based on the version for PC on Steam but it is also available on PS4/Vita.