Every once in a while, stories will tell us of the great danger of thinking machines and how mankind will ultimately succumb to their superior intelligence. This is not one of those stories.

Created by a team of two brothers who work together as Phung Games, “Jump, Step, Step” introduces us to the unlikely hero Bob – a bot that may have been smart at some point, but after crashing on an unknown planet seems to have lost a circuit or two. It’s now up to the player to safely guide him. 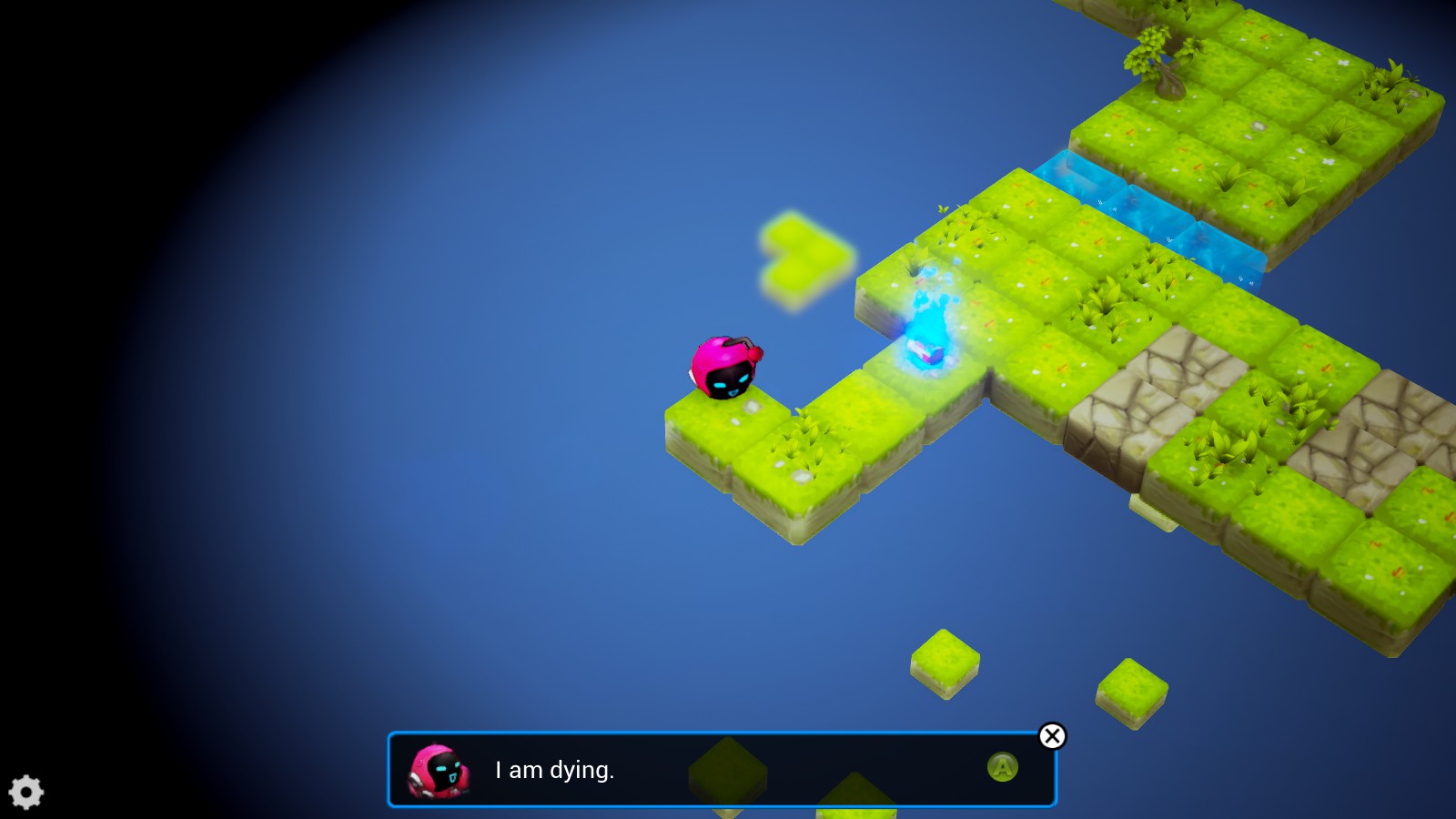 The smile is what makes it.

He may be a bit dramatic, but he has lost most of his pieces after all, so Bob’s distress is understandable. Batteries, oil tins and his body parts are strewn all over the place, but we also soon find other piles of “trash” just lying around. Coincidentally, these belong to a rocket crashed not far from Bob’s own landing site. It sure would be a great means to leave the planet, if only we could fix it.

It sounds easy enough – if only Bob were in any state to execute this task by himself. Instead, the player has to program movement sequences into the bot to get him to move from objective to objective. And although he learns more and more tricks along the way, the puzzles we encounter while hunting for his and the rocket’s parts keep on getting trickier as well. Spikes, water, or the ground crumbling under his feet – there is no shortage of hazards Bob must face. All while having sassy conversations with the player. 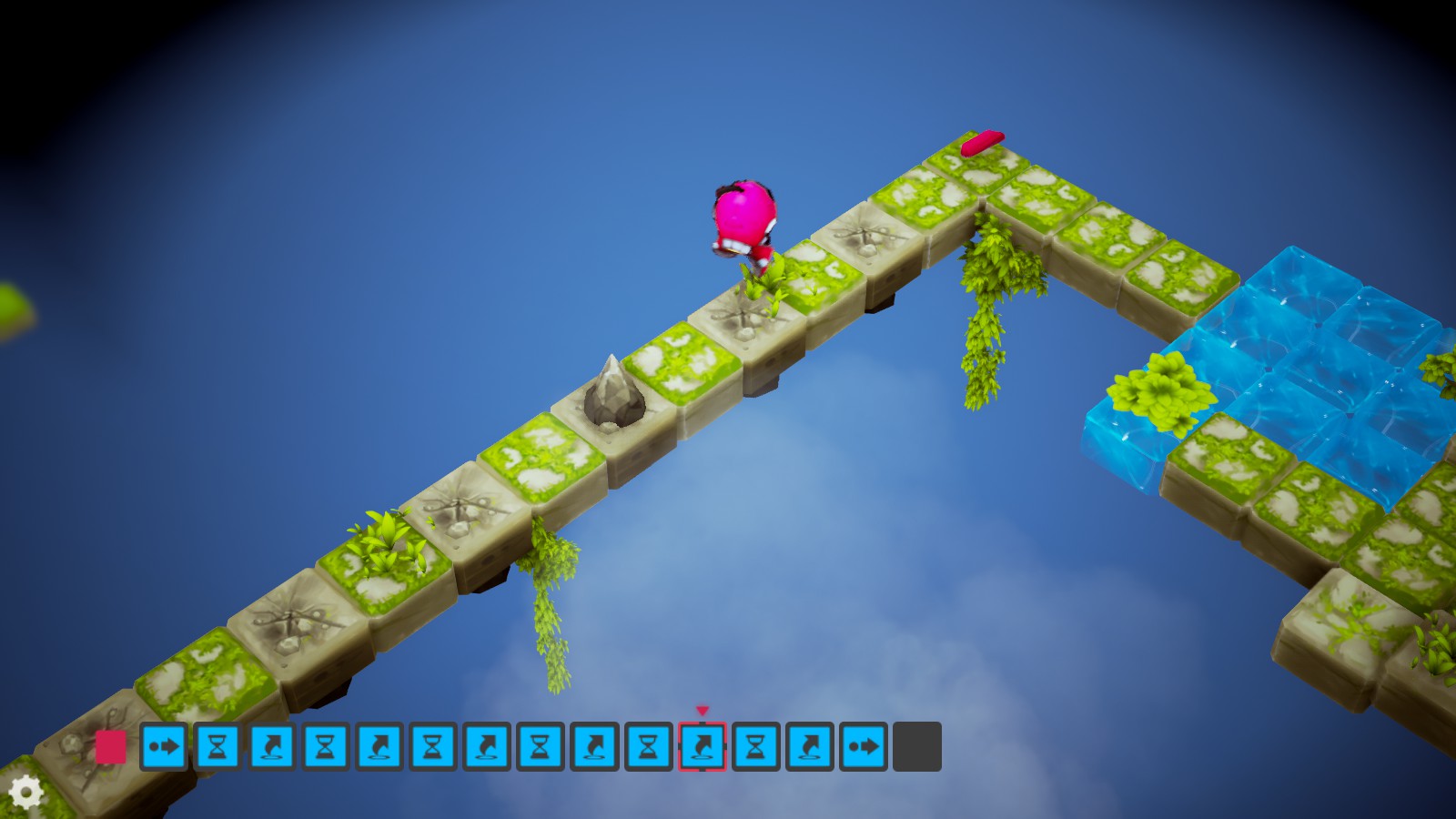 I’ll never get on one of the leader-boards with needlessly complicated sequences like this.

“Jump, Step, Step” looks incredibly polished for a two-man effort. The graphics are very vibrant and cute, the music quite repetitive but charming enough to not be a bother. The programming must be great too, as I didn’t encounter a single bug while playing the game. None of this should actually be a surprise though, considering both brothers have been professionals for years and started Phung Games as a fun side-project. So, although their catalogue of published games is quite short at the moment, “Jump, Step, Step” is far from the work of amateur developers.

However, it feels quite short. If you don’t fail as many times with the puzzles as I did, you can get through the game pretty fast. Even for me, who sent Bob flying into the abyss many, many times, it took less than 2 hours to finish it. Of course, you can give it all another go. But why would you want to? 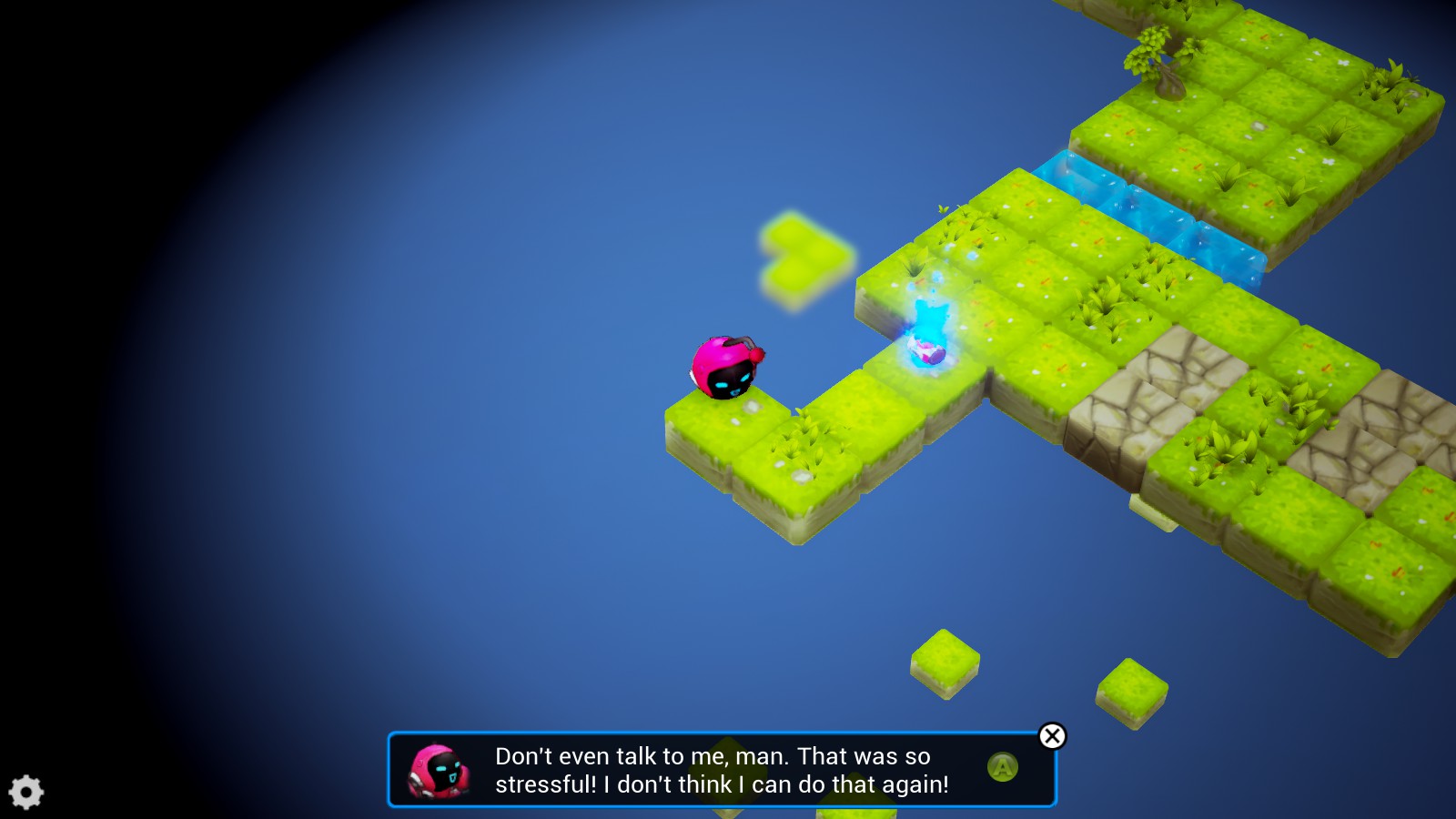 Bob says no, but we don’t listen to his suggestions anyway.

The thing about “Jump, Step, Step” is, it’s a very mechanics-focused game. The dialogues between Bob and “the player” are funny and a nice change from the brain-draining puzzles, but they’re not much of an actual story. During the first playthrough, the game handles the balance between new skills and difficulty incredibly well, but during consecutive runs, I found starting from scratch and with the easy stuff again didn’t hold my attention as much anymore. Still, you might be a more competitive person than me. There are leader-boards for the number of sequences used to finish the puzzles – less of course being better – so if you love a challenge like that, you’ll definitely have your fun there while trying to outdo everyone else. 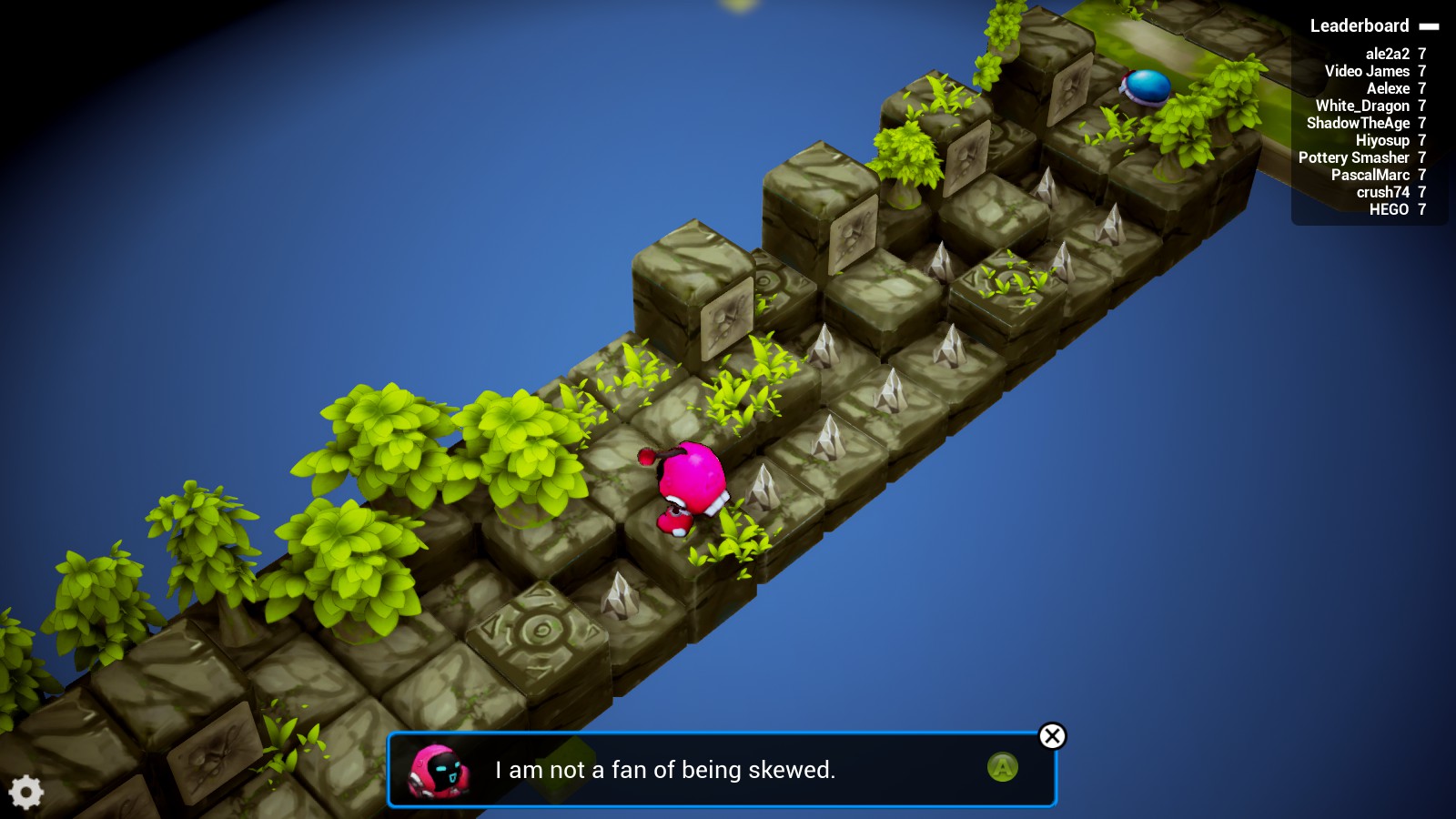 Sorry, Bob… you got skewed many times.

All in all, “Jump, Step, Step” is a charming little game, which offers challenges for both puzzle lovers and more casual players. And of course, there’s Bob the bot. Bob is great.

This review is based on the PC-Version of the game. You can buy it on Steam and Xbox One. A Throwdown of Titans: GigaBash promises multiplayer kaiju mayhem
X
We use cookies to ensure that we give you the best experience on our website. If you continue to use this site we will assume that you are happy with it.Accept All CookiesDeclinePrivacy policy