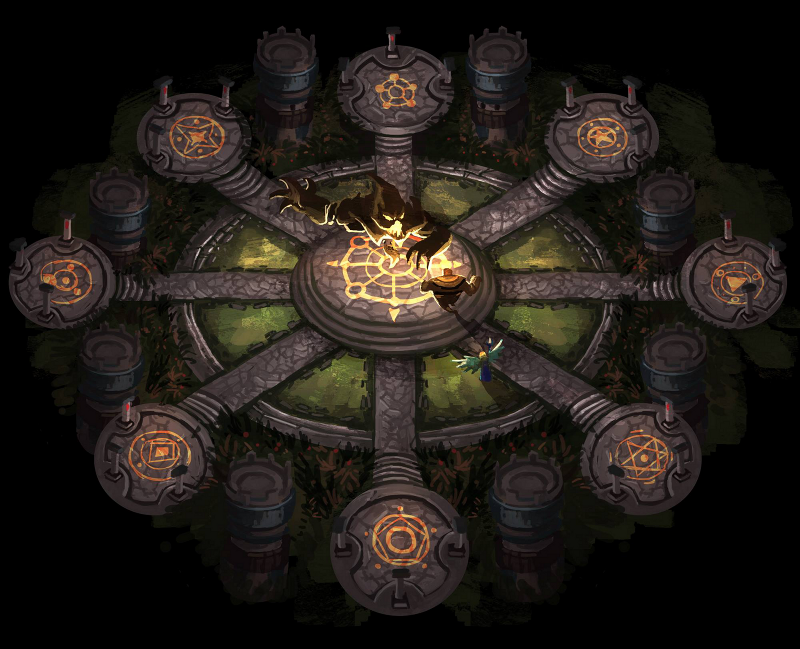 What is the best part about playing MMORPGs like World of Warcraft? Some might say it’s the levelling part, for others it’s the role-playing aspect. And for some, it’s the super tough raid boss fights. To organize a group of heroes, to equip them with powerful items and to find the right tactic to defeat fierce bosses, for many, that’s the essence of games like World of Warcraft, Everquest, or The Elder Scrolls Online. One-man developer Edwin Fan from Singapore wants to make a game that focusses entirely on this essence and calls this game “Neo Impossible Bosses”.

The game is still in alpha state and release is scheduled for late 2017 on Steam. Early info and screenshots give the impression that Neo Impossible Bosses will be a mix between Word of Warcraft, Warcraft 3 and Dark Souls. Players will gather a party of six heroes to defeat several heavy bosses from a top-down perspective like in RTS or MOBA games. The game is based on a Warcraft 3 multiplayer mod called “Impossible Bosses” but adds a single player mode and a pause mode to the well received online experience. As the game is only about boss fights, prepare to encounter some fierce battles. Each boss will have ultimate abilities such as a wind attack by Fujin the Wind Demon or Count Winkus’ devastating Lightning Destruction. It will be possible to equip heroes with different gear to counter these attacks. Various difficulty modes such as a rogue-like mode called Ironman add more challenges to the package.

If boss fights and raids are your thing or one of the inspirational games are your favorites, you should keep an eye out for Neo Impossible Bosses.

Check out some early gameplay: