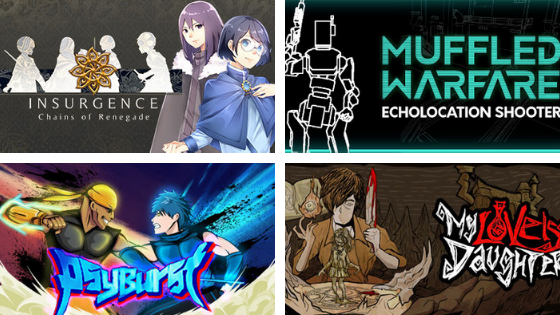 Info: We changed the name of this series from “What we missed – but should be played nonetheless” to “Little Bytes: Southeast Asian Game Highlights”. Just because its a better title. Enjoy!

Here at Virtual SEA, we are working hard to represent the vast diversity of Southeast Asian video game development. While we give our best at covering as many games as possible through in-deep reviewing, there are still a lot more games that just fall under the table due to simple lack of time and resources (not to mention each of our own piles of shame). Now we want to give credit to all those little gems we played only for too little time to craft a proper review, but which still deserve your attention. This time, we present to you indie games from Singapore and Indonesia. Go and give these games a chance!

The revival of retro gaming experiences has been a thing for quite some time now and Hakagames from Indonesia wants to catch one of the last seats on that ride. With Psyburst, they delivered a solid action platformer in a 2D pixel environment. It is set in the post-war world of Everna, in which powerful organizations (Guilds) battle each other. Players can pick two out of eight possible fighters (Hunters) to help prevent an all-out war and switch between them on the fly. Power-ups and a light RPG-system round up the packet.  Unfortunately, the game is only available on Steam and doesn’t fully support gamepads. The somewhat clunky controls are even harder to master with missing button prompts for gamepads. And using keyboard and mouse is just plain horrible… 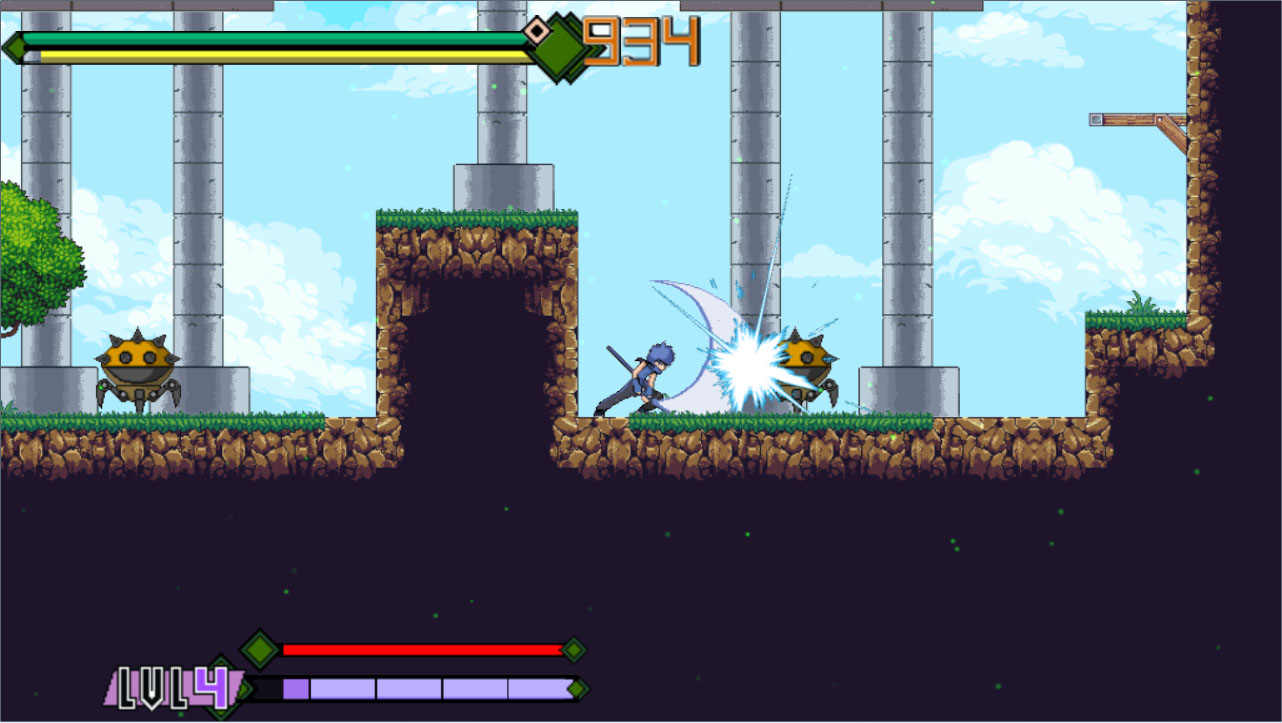 This is probably the most innovative game in this list. Basically, Muffled Warfare is a competitive shooter in the style of classic multiplayer games such as Quake or Doom. Yet, developer Gattai Games decided to add a special feature which they borrowed from their last title, horror adventure Stifled: Echolocation. It is a bit difficult to explain as players cannot see each other. But what they can “see” are the noises such as footsteps, shots, jumps and so on. For a few seconds, the screen illuminates around those sounds making visible not only the enemy but also the surroundings. But be careful, your noises can be seen by other players too! All of this results in a surprisingly exciting cat and mouse game with solid shooter mechanics and a stylish visualization. If only the game had more active players… Muffled Warfare is available in Early Access on Steam.

Classic RPGs are still en vogue especially to those who used to be fans of timeless masterpieces such as the early Final Fantasy games. With tools like RPG Maker, even smaller teams can now create impressive results in this genre. So, Indonesian newcomer studio Platonic Game throws Insurgence – Chains of Renegade into the ring. It is a surprisingly complex debut, with an about 8 to 10 hours story arc involving kingdoms, intrigues and war. Players can accumulate a range of characters, fight monsters in turn-based battles and read a lot of visual novel style dialogue. None of it is outstanding, yet most has a satisfying level of quality (which cannot be said about the English localization). In the end, the game seems a little too ambitious and unpolished but an average start for such a young studio. Finally, we liked the implementation of Indonesian food culture into the game! Insurgence – Chains of Renegade is available on Steam. 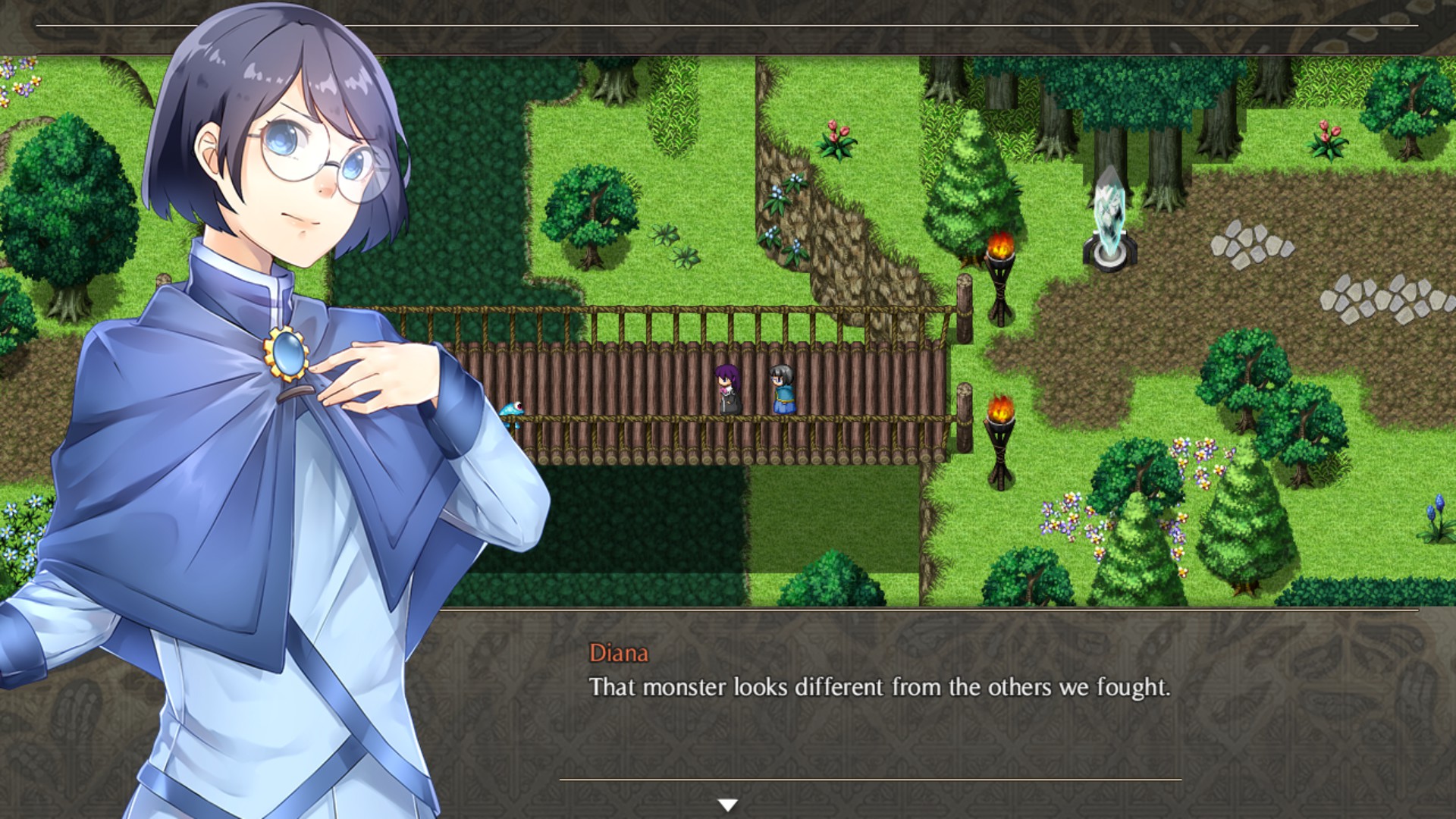 How to deal with grief? One of humankind’s greatest tropes might be the wish to resurrect those we lost, and My Lovely Daughter tells the story of a father slash alchemist who goes far to achieve exactly this. Be aware that in its core, the game is a management simulation game. As the alchemist we collect the right materials to create so called homunculi which then again must be sacrificed to collect their souls. My Lovely Daughter is a very dark and disturbing game, taking on not only grief but child abuse and many ethical questions. It will make you feel uncomfortable to make your creatures suffer in pain just for the sake of love. Gameplay wise, the game falls a bit short in the end, but the developers deserve kudos for their bravery to make such an emotional game which as they claim is based on their own experiences. My Lovely Daughter is available on Steam. 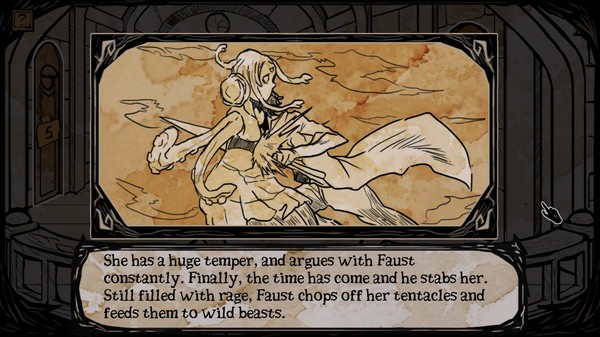 Your avatar, a bottomless pit, and two buttons to reach the exit. Serious Scramblers is about that simple. This 2D pixel action-adventure serves little bites of fun with fast-paced gameplay that require good reflexes. We jump or fall on platforms, avoid traps and enemies just to reach the final stage without being crushed by an approaching ceiling or falling to deep. Each level is unique and challenging, and different characters with unique traits can be unlocked for multiple playthroughs. That said, Serious Scramblers is an addictive little mobile gem! The game is available on iOS (full release) and Android (Early Access). 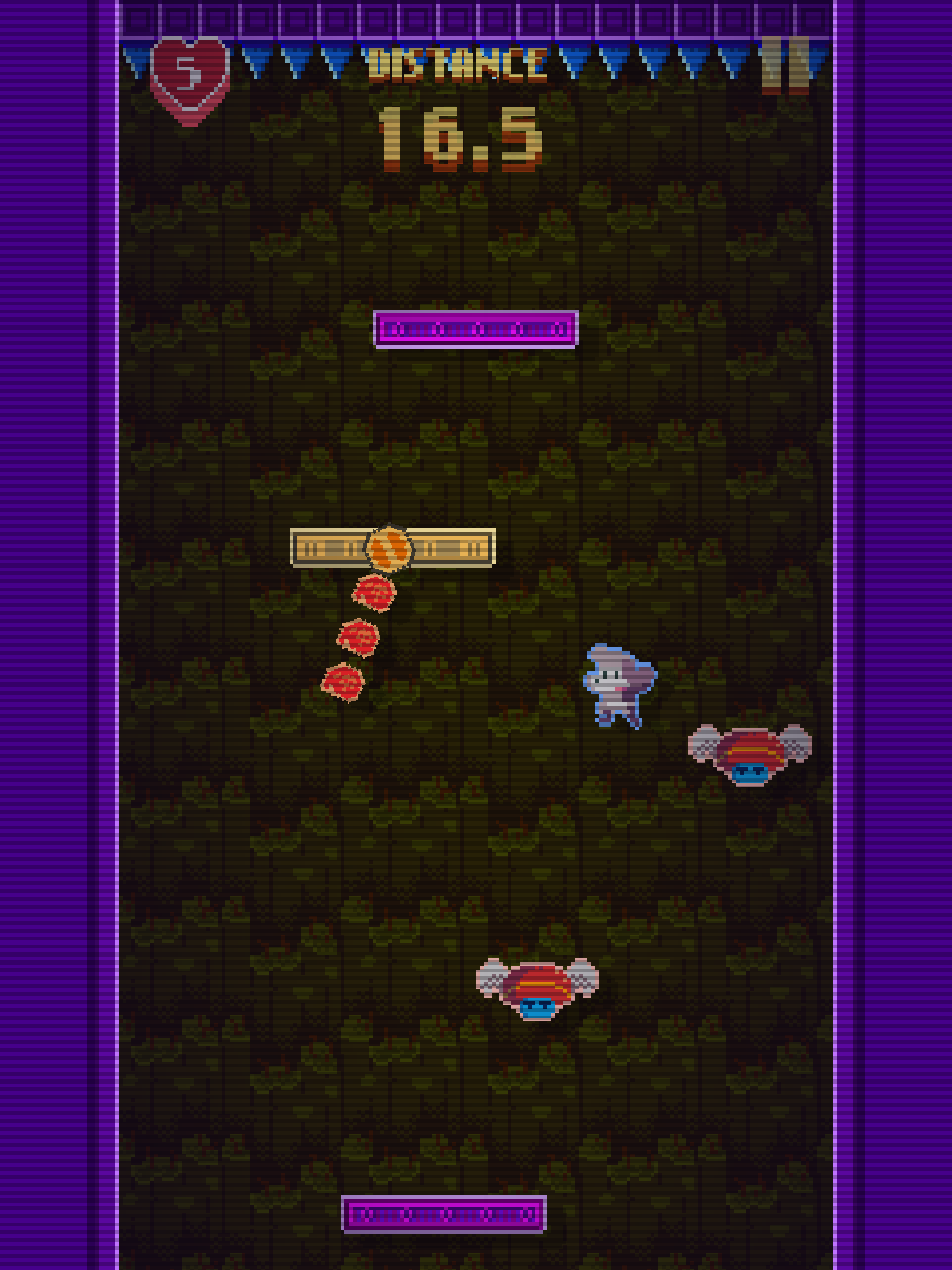