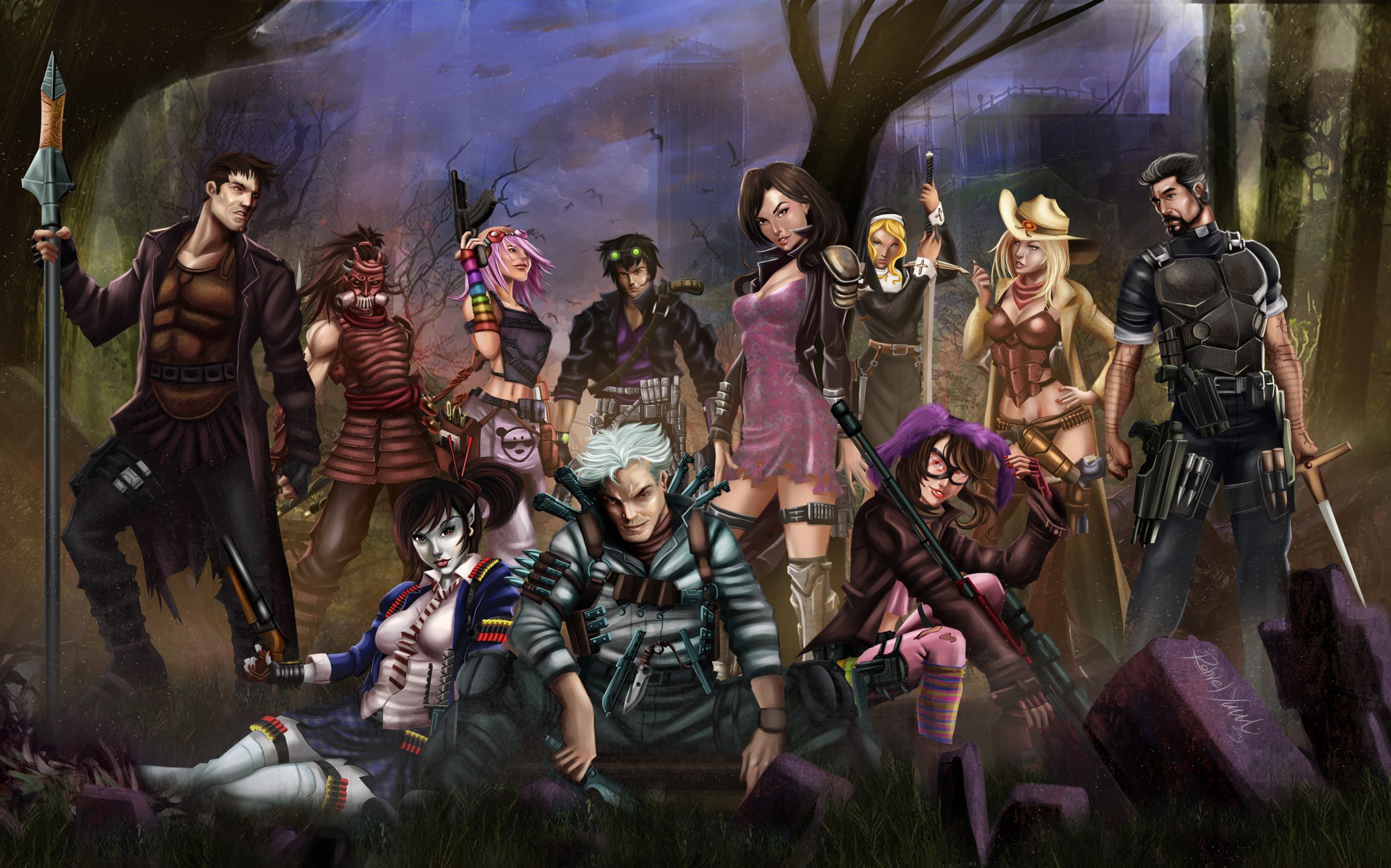 Is a good thing worth waiting for? When the Kickstarter campaign for Graywalkers: Purgatory started in September 2014, no one expected the ambitious project would have to face such an odyssey. The first release was announced for 2017, but the game never came out. A good six years after the crowdfunding campaign, the first official version of the post-apocalyptic turn-based role-playing game was finally released in Steam’s Early Access program. We have taken a closer look at Graywalkers: Purgatory and will tell you whether the project has arrived where it was supposed to go.

We say it straight away: The result is disappointing. While the developers from Dreamlords Digital (Philippines and USA) have managed to release a playable version, one wonders what they have been doing for the past 6 years. This early access package contains very little in terms of content: a very short mini-campaign and a mission mode which only contains some skirmish fighting. The big story campaign is completely missing.

The developers’ vision was to create a mixture of Fallout’s post-apocalyptic scenario and Xcom’s turn-based tactic gameplay. Basically, this goal was actually achieved: Graywalkers: Pugatory plays in the best moments just like a mixture of both models. The world is devastated by disaster and war, and individual groups are fighting for supremacy and survival. People live in hiding places and collect objects from times past for surviving. Danger lurks everywhere in the form of monsters and bandits. We go into battle with our group in turns, select weapons and attack modes as well as spells, the effectiveness of which is determined by our skills and equipment.

However, content and polishing are missing in every detail: the graphics are atmospheric but old-fashioned. You can see that the ravages of time particularly apply here: in 2014 that would have just gone through, today the technology is difficult to bear. This is especially true for the weak sounds. The combat system is solid in itself, but despite its options poverty it does not appear to work correctly. Basically, we do not do much more than bluntly shooting or beating the opponent, hoping to land a hit, depending on what factors this is based, is difficult to determine. Graywalkers: Purgatory also wants to be an RPG and is exhausted in sheer infinite character values ​​and skills. Why all of this? We don’t know either – because our character in the mini campaign about the Sisterhood of the Sword is already pre-made and doesn’t allow for any character development.

There are also bugs and missing features en masse. In addition to the story mode, important combat features such as crouch or the ever popular overwatch mode are missing. The options are already there, but cannot be selected. The developers delivered a quick update with which at least the save option is was included. The fact that we had to restart the short campaign several times because of game-breaking bugs only added to the overall impression.

Don’t get us wrong: Graywalkers: Purgatory is in Early Access and should therefore only be assessed with reservations. However, we would have expected more from a project that had been developed for so long. The basic technical framework is in place, the fighting works in principle and the teaser mission has entertaining aspects. Graywalkers: Purgatory is still far from ready. Whether the developers can meet the planned full release for 2020 remains more than questionable. Dreamlords Digital urgently needs to focus on some core mechanics, streamline the role-playing system and, above all, polish the whole gameplay experience. Otherwise it could be that the long waiting time of the fans was in vain …

Graywalkers: Purgatory is available in Steam’s Early Access program on PC. This review is based on a free review copy provided by developer Dreamlords Digital.