One could argue that SIMULACRA started out about how modern society enforces a world where our digital, online personalities overwrite and overshadow our real selves to the point of self-destruction. You can maybe run from the metaphorical monster in the black mirror by not being terminally online, but there’s just no escape from SIMULACRA 3, the latest entry in the SIMULACRA series. This game was launched just last October 25, 2022, by Kaigan Games, who are well known for their games in the found-phone digital horror genre.

You play as an assistant to Ruby Myers, renowned journalist of The Stonecreek Citizen, your town’s local news industry. The game’s plot has you taking on the role of Oracle to her Batman, as your research backs up her hands-on fieldwork in your investigation into the sinister entity behind mysterious, unexplained disappearances plaguing the town of Stonecreek.

As a returning staple of the SIMULACRA series, the entirety of the game is delivered to the player through a smartphone’s interface. The phone you receive at the beginning of the game is a modified smartphone with special versions of certain applications that is supposedly the final trump card against the evil behind all the disappearances.

To solve the mystery and avert a major crisis, the player has to explore the cursed phone’s systems to examine media files for clues, contact people of interest, and uncover the truth buried in digital space by its previous owner. In earlier entries in the series, the player would come into possession of a missing person’s haunted phone by chance. However, this phone is explicitly given to you by Ruby, who received it herself from its first owner Paul, Stonebrook’s local conspiracy theorist and a recurring character in several video recordings throughout the game.

The plot is decently written with engaging dialogue that personally never took me away from the game. It takes itself seriously and maintains a consistent tone throughout the story, but not so much as to never afford lighter moments and brief comic relief. It strikes a great balance in that regard, even as it simulates an online space in the form of various websites where one can read articles and even participate in Twitter-like threads on this entry’s featured in-game social media platform, Atlas.

The game features a cast of characters with distinguishable and memorable personalities and writes a few well-made and self-contained stories in strings of text messages and online threads that help build the atmosphere as you progress the game. It also has multiple sets of endings for people involved in the events of the story, independent of one another and achievable in different combinations.

Though the dialogue and moment-to-moment writing were great, the overarching plot featured a few dubious decisions in its writing.

For one, and without spoiling anything too specific, I believe that Ruby Myers didn’t contribute enough as the main character and could replace or have been replaced by the player character entirely. The game makes you think of yourself as the sidekick to her endeavors, but it makes you do nearly all the work intended for her. (Remember, Paul intended for Ruby to have the phone, not you!)

Though they bring you vital bits of information and send you on-site videos and recordings to help progress the story, the phone already gives you a significant amount of these. Neither the player character nor Ruby could realistically get these particular pieces of evidence in any other way than by solving puzzles on the phone to unlock more content on it – and that was probably what Paul had intended when he gave Ruby the phone anyways. Having the player exist only to do what was meant for Ruby reduces her significance as a character, which is incredibly self-defeating, given her entire personality is about action and getting her scoop. This eventually changes as her character grows, but both of you serve roles that are far too redundant in the story.

An even more significant peeve for me is how the game’s finale is solved by deus ex machina – one that was already prepared and arguably could have been executed before the events that take place in-game. The final pieces of the puzzle that the player needed to assemble via a slew of convoluted chores were intentionally hidden away for no reason in-game. To put it bluntly, Paul could have installed a big red button on the phone that, upon being pressed, allowed Ruby or the player to resolve the story’s conflict immediately. Funnily enough, what happens instead might as well have been exactly that, just locked behind around four hours of puzzles.

Speaking of the phone, the game’s interface and controls are clean, comfortable, and intuitive by default – if the player knows how to use a smartphone, they’ll know how to navigate through most of the game without a tutorial. The menus are familiar and concise, and moving from application to application is made easy with a smooth transition. The game is overall pleasant to look at and is definitely very polished.

That being said, there are certain segments where the game’s UI attempts to forgo realism in favor of convenience. Ironically, this poses a detriment to user experience – some examples include email reply chains and blog timelines reading from the oldest entries on top to the most recent entries at the bottom – a jarring contrast to how they are often organized in real life.

A puzzle game at heart, SIMULACRA 3 features various minigame segments where finding the correct solution often means scouring your phone for specific bites of related information. The game takes a very accommodating approach to solving puzzles, making numerous explicit offers to point the player in the right direction. Plenty of subtle hints also guide the players. This doesn’t mean the game is a total pushover, however – there are enough head-scratchers towards the middle and end of the story to look forward to for those expecting a challenge.

Unfortunately, however, some of the more interesting gameplay mechanics were either underdeveloped or underutilized. The best example I can give you without spoilers is the game’s Trace function, which a player can use on the in-game version of Google Maps. The Trace function is actually a puzzle where you connect a specific set of locations in a given order to unlock new, previously-hidden content on your phone. The game even goes as far as to give you a tutorial on it the first time you are prompted to use it! Disappointingly, this feature is only used twice throughout the entire game and is only one among other systems that could have been used or fleshed out more than it did in the final product.

Most of the player’s experience will be accompanied only by ambient noise and the sounds from your phone, which were done quite well by the sound designers. There are voiced segments in the form of voice messages and interactive dialogue implemented on in-game video calls. The actors offered their best performances in both interactive and recorded segments, and their voiceovers were well done and helped maintain immersion. On the other hand, especially during interactive dialogue segments, the inconsistency of volume between sound takes and the presence of awkward excess silence at the beginning and end of lines of dialogue brought me out of the experience.

Now, we address the elephant in the room. If you didn’t feel it from the trailer’s tone or SIMULACRA 3’s other visual materials, the game is meant to be a horror experience like its predecessors. If that’s the case, how scary of a game is it, and why haven’t we discussed it yet? Well, that’s because it’s not primarily a horror game.

SIMULACRA 3’s player character fulfills their role in the unviolated safety of their office, solving a mystery meant for Ruby using specifically relevant information and media, which Paul deliberately prepared and pre-staged on the phone you use. Frankly speaking, none of the things you “explore” are ever uncharted territory.

Gameplay-wise, you can opt not to be handheld through the puzzle solving, but your own character is narratively handheld through the events of the game, to the point that the players are themselves never really in a position of discomfort. Horror thrives from the discomfort of its host – in the kind of environment SIMULACRA 3 creates, the only place for horror is in ambiance and sudden scares. (Thankfully, the game did not make ludicrous use of either.)
The game makes a lot of use of occult imagery in its aesthetic and attempts to build up a spooky atmosphere early on to improve the setting. That said, it never actually cashes in on this build-up and instead has the player spend the rest of the two or three hours of gameplay investigating mysteries and solving puzzles. SIMULACRA3 is a narrative thriller puzzle game wrapped in a horror aesthetic.

It took me around five hours to complete my first playthrough of SIMULACRA 3, and I ended it thinking it was a good experience overall. Though it is a little rough around the edges, the game itself looks and feels very polished and performs quite smoothly. It shines in its dialogue writing that experiments with intertwining digital and supernatural horror and is unquestionably a fun game to play detective in. That being said, it has fallen short in terms of having actually scary horror elements and in certain gameplay aspects.

This game is certainly worth getting if you’re new and looking to get into horror games or if you’re looking for a lightweight thriller game where you can play investigator.

SIMULACRA 3 is now available on PC via Steam, and on mobile devices on Google Play or the App Store. This review was based on a free copy played on a Windows computer. 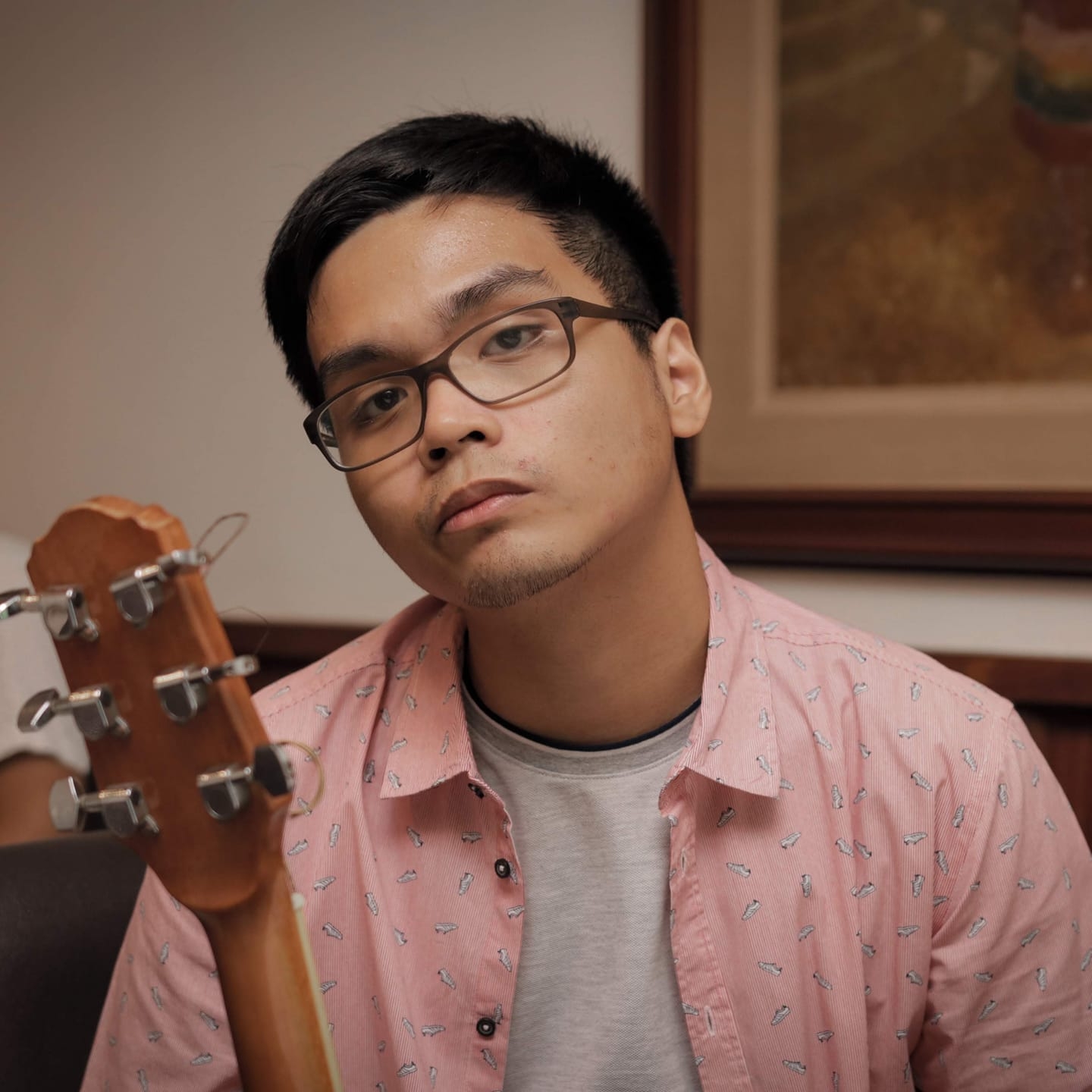 Vince is a lazy artist, writer, and aspiring game designer from the Philippines. His favorite ways of escaping from reality include playing shooters with friends and long, immersive single-player games. Having a particular affinity for horror, he joined VirtualSEA to discover and build up discussion on the latest and greatest games in the genre in the SEA region. Currently, he's really hooked on Lobotomy Corporation and Slay the Spire.