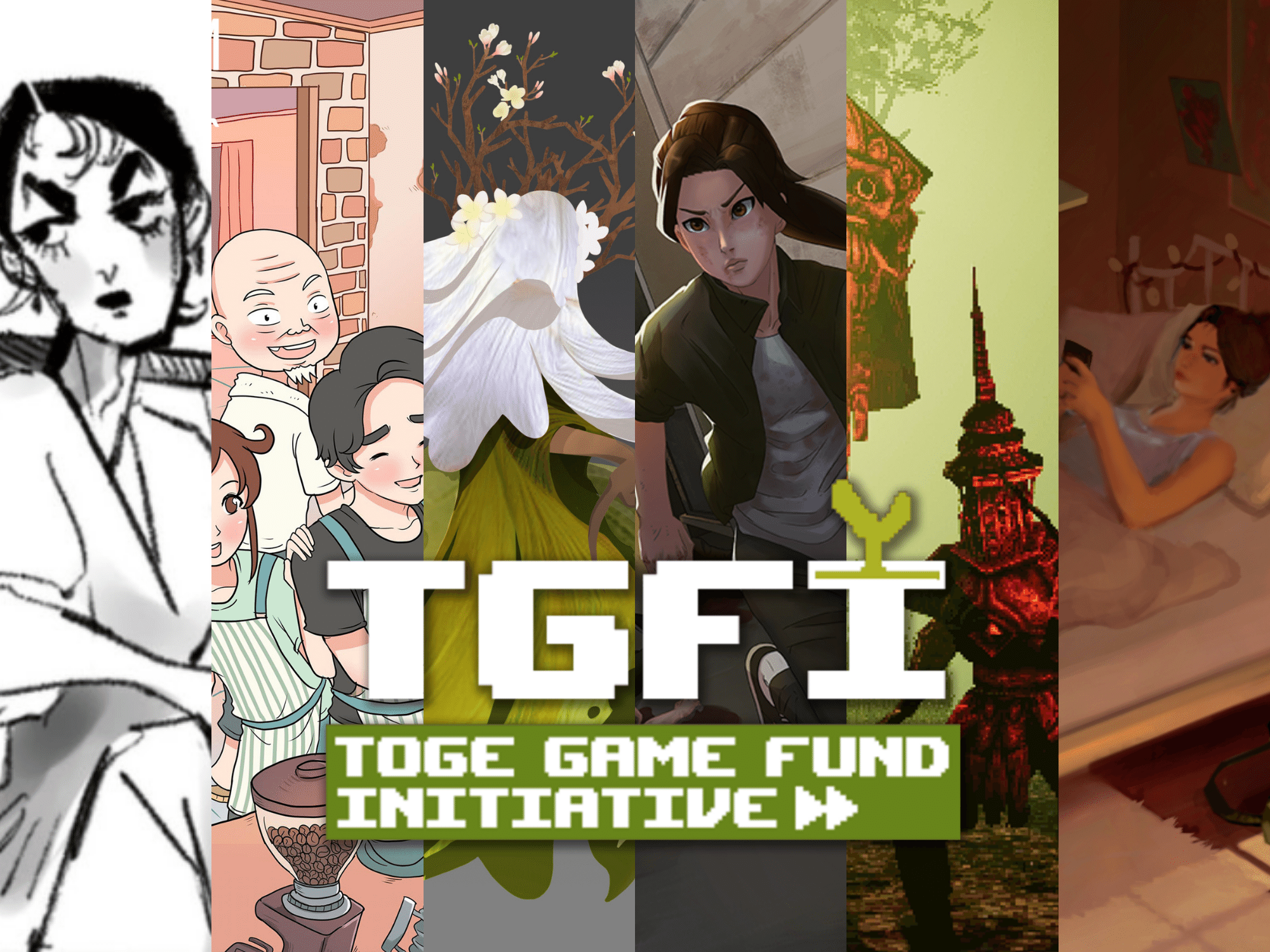 Earlier this year in June, Toge Productions announced the Toge Game Fund Initiative (TGFI). With this program, the indie game developing and publishing studio from Indonesia wants to help indie developers and studios within Southeast Asia to turn their game ideas into a playable prototype or a vertical slice. The first six recipients of this fund have now been made public.

In addition to receiving funding of up to USD 10,000, the selected studios also get support in the form of mentorships. According to Toge Productions, no strings are attached; developers retain ownership of their IPs and do not have to pay back the funds.

“We want to bring more Southeast Asian developers to the center stage and give them a fighting chance,” said Kris Antoni, CEO and Founder of Toge Productions.

Even if the program is open for all of Southeast Asia, the first six candidates only include studios from Indonesia and Malaysia. These are the first recipients:

Announced earlier a few years ago, we thought this project had been abandoned. We are all the more pleased about a sign of life from Anoman Studio (makers of Orbiz) now. Project Darma is a fast-paced action game about a hitman’s vengeance quest to kill the gangster leaders in modern Indonesia.

We already reported about Ngopi Yuk during Gamescom 2021. Now the game is being supported by the makers of Coffee Talk themselves. That fits very well because Ngopi Yuk is also all about coffee too. Based on the Webtoon comic “Ngopi, Yuk!”, The game tells a story about a traditional coffee shop in Indonesia, precisely in Pontianak, West Borneo.

This is an exciting announcement because Project Descent is a real-time tactics strategy game set in a fantasy Southeast Asia-inspired world. In addition to the gameplay reminiscent of Final Fantasy Tactics, we especially like the pretty pixel style of the game.

Retro or boomer shooters are currently heavily en vogue. As such, Angkara is a Hexen-inspired first-person shooter set in a dark fantasy southeast Asian mythology where you try to stop the never-ending cycle of life and death using the power of time. Developer Trimatra Interactive is familiar with the genre, as they have already successfully published a title with Ravensword: Undaunted.

Secret Life of Dorian Pink seems to be an absolute insider tip. It is a narrative RPG where you try to save your boyfriend from Hell by making questionable choices, gaining allies, and making donuts explode. The monochrome graphic style with individual pink color accents is particularly striking.

As part of the Level Up KL 2021, we positively already noticed Sunset Satellite as one of the most exciting upcoming games from Malaysia. Therefore, it is not surprising that the game is now also being promoted by TGFI. Sunset Satellite is an atmospheric, emotional 3D interactive fiction that talks about growth and acceptance.

Is there more to come?

We are curious to see how these titles will develop through the funding. However, it does not seem to be the end for a long time because Toge Game Fund Initiative is still accepting submissions. More information and how to submit a game can be found at the Toge Productions website.