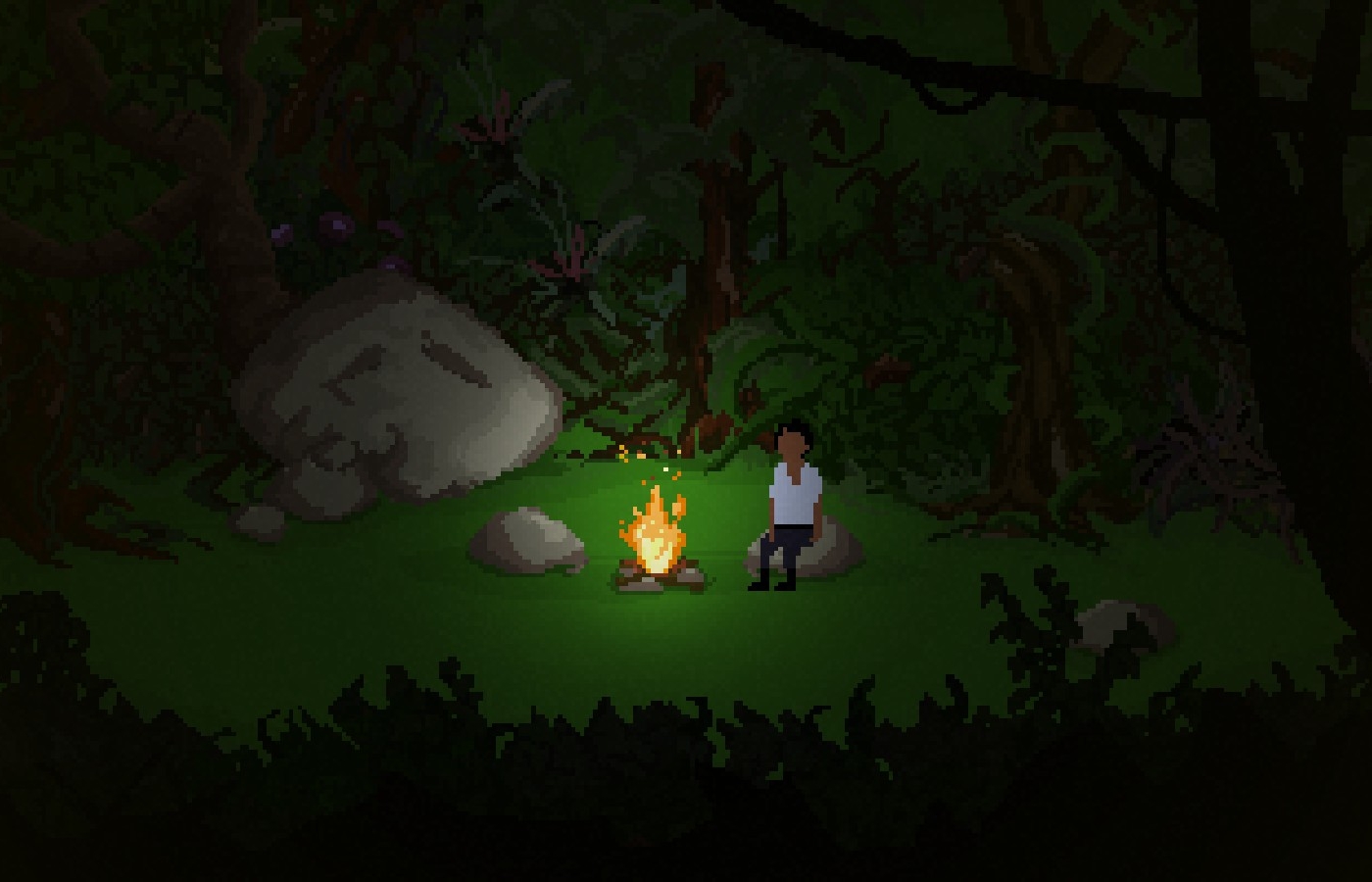 Actually, Virtual SEA is indeed a platform for games from Southeast Asia. Rarely enough, however, Southeast Asia is used as a venue for games from other regions. The British studio Cloak and Dagger Games dares to leave well-known settings and publishes with Sumatra – Fate of Yandi a point’n click adventure set in Indonesia. We would like to take this opportunity to take a closer look at the game.

As the title already suggests, the action takes place on Sumatra in western Indonesia. We take over the fate of Yandi, a woodworker who must cut down trees in the jungle for his company. Unsurprisingly, an accident happens when Yandi is separated from his friend Ramdan. Alone in the wild, Yandi sets out to find his partner, struggles to survive, and incidentally uncovers a conspiracy plot.

Sumatra – Fate of Yandi remains true to its roots: in traditional point-and-click style, we move and puzzle through pretty pixel environments. There are combination puzzles and a multitude of talks waiting for us. The puzzles are rock solid and not a special challenge but entertain until the end. Only one or two puzzles require a bit of thinking outside the box.
The story and the scenario are the real highlights of Sumatra: Fate of Yandi. The game is at the same time an adventure novel, an ethnological expedition and a social critique. While the plot initially cannot avoid falling into exotic clichés, it is clear in the course of history that the focus of the game is rather the insight into culture. Soon, we reach the village of the Orang Rimba, an ethnic group that lives in the forest. Here you can see how well the developers have done their research. The game succeeds at creating a fascinating but above all respectful insight into the culture of Orang Rimba, which is unparalleled in video games. In addition, you can easily see that the developers have gathered their inspirations on site: names, places, objects and sometimes even expressions are authentically represented.

The developers have also made great efforts to integrate the fauna and flora of Sumatra in their adventure and especially the puzzles. We encounter tigers, monkeys, bears, but also a variety of local plants, such as huge and above all odor-intensive Rafflesia.

By the intensive embedding of local humans, animals and plants the game succeeds to develop a good feeling for the region and one actually cheers up, if it is to be defended against the bad wheelings and dealings of the wood lobby. Towards the end, the story drifts off into the supernatural, which it shouldn’t have bothered.

From a gameplay perspective, Sumatra: Fate of Yandi is a decent adventure game. But it shows that there are scenarios outside the mainstream that offer potential for new impulses. We would like other developers to find the courage to discover them and make them happen in their games. However, it is important to research well and treat the subject with respect. This was mostly done and excellently executed in Sumatra: Fate of Yandi.

Sumatra: Fate of Yandi is available for PC on Steam and itch.io. This review is based on a free review copy provided by developer Cloak and Dagger Games.