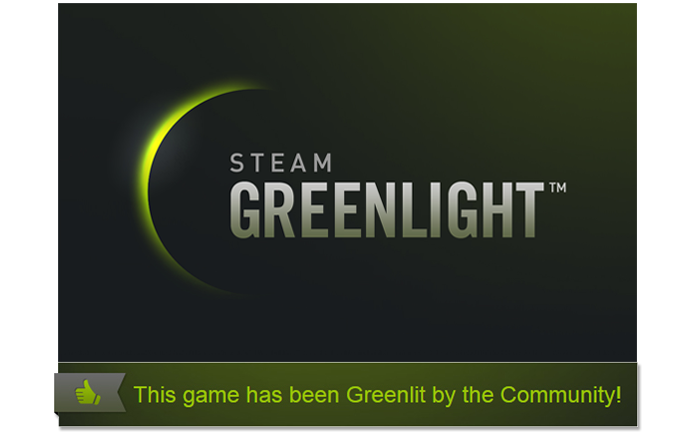 When it comes to games, Southeast Asia is dominated by the mobile game market. I guess everybody here has heard about the success of Flappy Bird, coming from Vietnam. I have also presented two interesting mobile games made in Cambodia. Due to problems with piracy and an overall lack of powerful hardware, development of PC games isn’t yet a big thing in Southeast Asia. Nevertheless, a few good PC games already exist and development for PC is getting more important in the region. Check out my articles about DreadOut or Wanda for some nice examples. Now I wanted to know what’s coming in the future, so I ventured myself into Steam Greenlight, the online distributor’s program for upcoming PC titles. I found five very promising titles from Indonesia and Thailand that range from a simple 2D platformer to a fully 3D VR experience. All of them have already been greenlit. Enjoy Southeast Asia’s most exciting PC games that are yet to come!

Ascender: The Enigmatic Journey is a 2D puzzle platformer that is currently in development by GameChanger from Indonesia. Players will take control of a robot named Sky who needs to solve logical puzzles in beautifully hand-drawn environments. The game will feature a futuristic open world and several power ups and special abilities. Luckily, the developers provide a free demo version of the game, so I was able to play the first puzzles. It seems like GameChanger has a good grip on making these challenging without being frustrating. The controls are still a little clunky but the beautiful graphics made up for this. The game is still in beta stage and is announced to be published in 2016.

Let’s stay in Indonesia for another game in 2D. Pale Blue from Tinker Worlds is a side-scrolling action adventure from the Metroidvania genre. The game’s lead character is Ellen who fights through a sci-fi world. Similar to Ascender it features hand-drawn backgrounds. Pale Blue is more focused on combat and will allow different attacks and combos. The playable demo level underlines this combat heavy emphasis. To be honest, the demo lacks a bit of variety but it basically works and looks quite appealing. Let’s hope the developers will add more gameplay alternation in the final product. Pale Blue has been successfully funded on Kickstarter earlier this year.

Next up is one of Indonesia’s favourite genres: horror games. Ozysoft wants to follow into Dreadout’s footsteps and tries to use Indonesian tales and mythology to create a creepy horror experience. Other than the well received model, Pulang: Insanity is played from a first person perspective. According to Ozysoft, the game will feature various storylines with different endings to the story. Let’s hope they did not overestimate the workload. Especially when it comes to mind that Ozysoft started an Indiegogo campaign earlier this year but had to cancel it later for unknown reasons. Still, they currently assure the game is in development and another campaign is soon to follow.

Now let’s have a look at Thailand. Our Darkest Night is basically a survival game with sandbox elements. It comes with a thrilling story, where players take control of the inhabitants of a house. They have to defend their home against a criminal intruder. To do so, players can use a variety of perks such as barricades and freely roam the building. While the gameplay itself seems very interesting, the graphics are pretty underwhelming at the moment. You can check out a free demo in your browser via their Facebook page. I asked the developers about the game’s release date and they told me, that the game will be released on Steam on September 9th as an early access game in alpha state. Doing so, they might use player’s feedback to improve the game. Hopefully I can have another look at this promising game later.

I’ll finish this list with another highlight from Thailand. Virtual Reality (VR) is one of gaming’s hottest topics at the moment. It is pleasant to see that Southeast Asian game developers do their part to provide new games for VR technologies. ARAYA from MAD VR Studio is a horror game set in a Thai hospital. Except for a few trailers and screenshots there isn’t much to see yet, but these already look very promising and creepy. Players will have the option to choose between three playable characters named Marisa, Rama and Boon. For those who experience nausea when using a VR headset, it might be good news that the game will be playable without such a device as well.

Now we have to wait and see what happens with those games and I truly hope all of them will make it to a full release. Game development in Southeast Asia is still a troublesome experience but I think this list shows that there are many interesting projects in the pipeline. Of course, this list isn’t complete and if you know any interesting game that’s currently in development, let me know about it in the comments!

If you want to know about other games from Southeast Asia on Steam Greenlight take a look at our collection on Steam.

Hell never looked prettier thanks to Spirit Mancer’s pixel art
X
We use cookies to ensure that we give you the best experience on our website. If you continue to use this site we will assume that you are happy with it.Accept All CookiesDeclinePrivacy policy