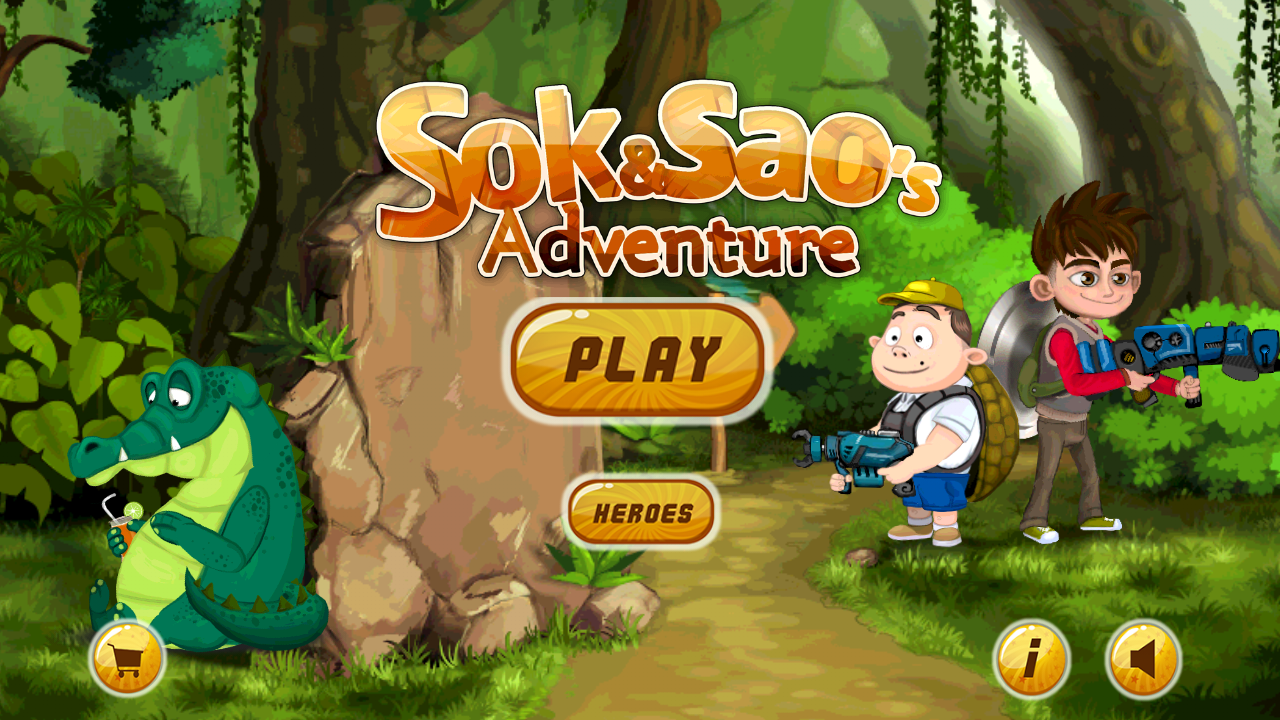 Today, I present another game from Cambodia. Like Asva The Monkey it is a mobile game developed for smartphones. The game is called Sok & Sao’s Adventure and was made by Direxplay. It is a side scrolling shooting game that was inspired by the classic game Contra. According to the developers, the game is supposed to raise awareness about mosquitoes and the diseases they spread, which is a major health issue in many parts of the world. Therefore players take control of the two characters Sok and Sao (of which the second needs to be unlocked first) and shoot mosquitoes and other enemies with their water guns or throw grenades at them. As it is typical for these games, players also have to jump over obstacles and fight bosses at the end of each level. In the levels it is possible to collect coins and unlock better weapons with them. The game is beautifully designed with rich and colourful 2D backgrounds and smooth animations. I played the game for a while now but I never managed to get past the first boss. I struggle a lot with the controls, that require being very precise.

From a cultural perspective, the game offers many interesting things. On the visual part, especially the first level is full of references to Cambodian culture. You can see a thick jungle with banana trees and the typical wooden houses. Also at some point, you have to ride an oxen cart, a vehicle one can see often in the rural areas of Cambodia. Of course, mosquitoes, spiders and other animals can be found in Cambodia too. The first boss is a stone giant in some ruins that resemble the famous Angkor temples in Siem Reap. Giants are part of the Cambodian traditional dances and folk tales.

Fortunately, I had the opportunity to conduct an interview with the developers of Sok & Sao. They pointed out to me that the names of the boys are based on the standard characters in Cambodian educational books. In addition, I asked why the mosquitoes are so big in the game and they explained to me some old folk tale, where the mosquitoes used to be this big and eat humans. The god Ta Prohm then shrank the mosquitoes and since then they can only suck human blood. It’s hidden stories with a strong local focus that make some games from Southeast Asia so special.

I am very happy I found this little gem and hope I can advance to later levels soon as my skill increases. I strongly encourage you to try out this fun game with much attention to details from Cambodia.

As always, here are some screens I took during my sessions: