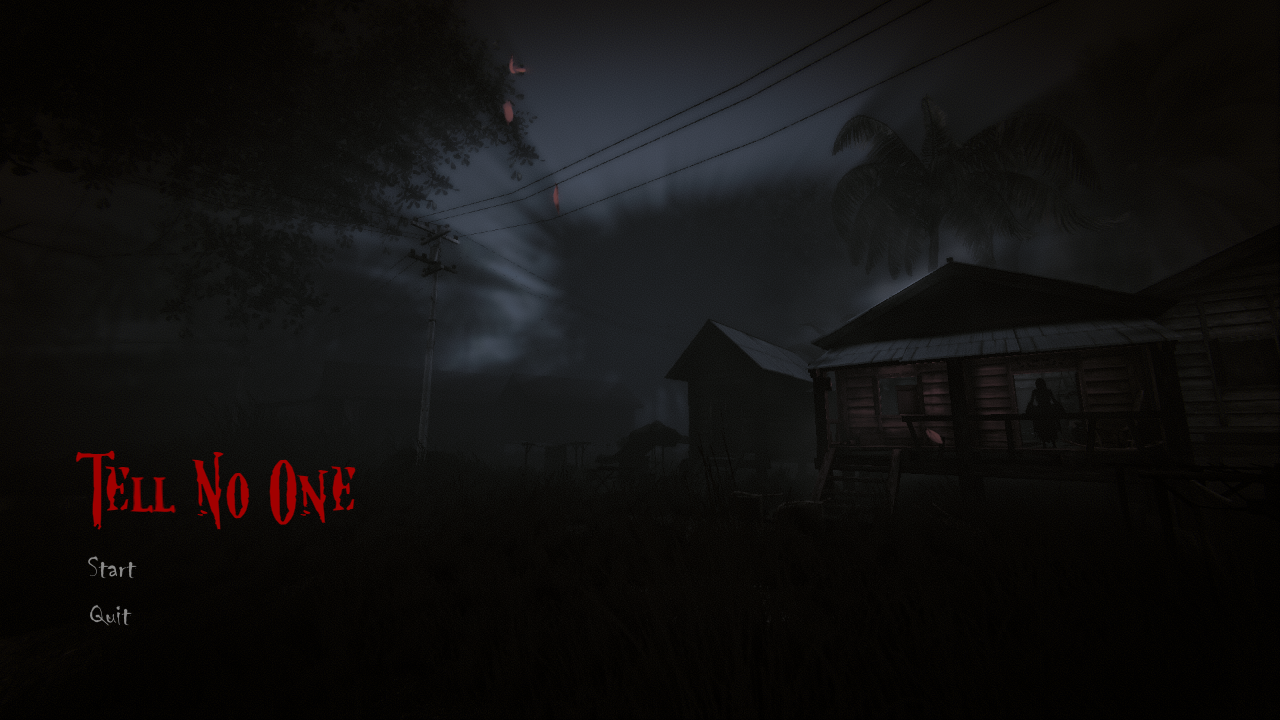 This time let us go back to horror games. For today’s venture into a virtual Southeast Asia, I chose a game which is still in development. Therefore, I can only talk about what is already there. The developers of Tell No One uploaded an early demo level, which I played and now I am going to tell you what I experienced.

At first glance, the concept of Tell No One from Malaysian developer Spacepup seems to share many similarities with DreadOut, the game I first mentioned on this blog some weeks ago. A horror game based on local ghost myths. But according to the developers this game’s focus is on exploration rather than action. In Tell No One, you take control of a yet unknown woman and in this demo version you start by exploring a house during the night. The game opens with a beautiful view of a jungle and village scene in Malaysia. It is night and the atmosphere is tense. Because the graphics engine seems more advanced than the one used in DreadOut, everything looks more realistic. Lush grass, palm trees and a traditional house are lying in the shadows.

Because the demo has no tutorial, I press all kinds of buttons randomly to check the controls. I eventually hit F10 and open an inventory. Moreover, here comes a surprise: I carry a gun, armour and a health pack. I wonder if Tell No One was supposed to be much more action oriented at some point…

While I explore my environments, I find a door leading into a hut. The interior is in bad shape: broken TVs, a fan, a wooden bed. On the bed, I see some things and some newspaper articles. As I keep exploring the house, I can see myself in a mirror at some point. I am not scared but I feel that little sensation when something seems to be totally wrong. I expect some kind of jumpscare when I enter a tiny room but nothing happens.

Actually, there is not much to do in the demo version yet. Players cannot interact with the game world and there is no “goal” that can be reached. It nevertheless gives a good impression of the final game. Tell No One stands out from a visual point of view: the Unreal Engine makes it look modern and stylish. The setting gives a good impression of what a virtual Malaysia might look like in the future. Unfortunately, development of the game seems to be on hold (hopefully not cancelled) as no updates have been published since 2014. I hope Spacepup is keeping up the promising work they showed in this demo and continue working on Tell No One.