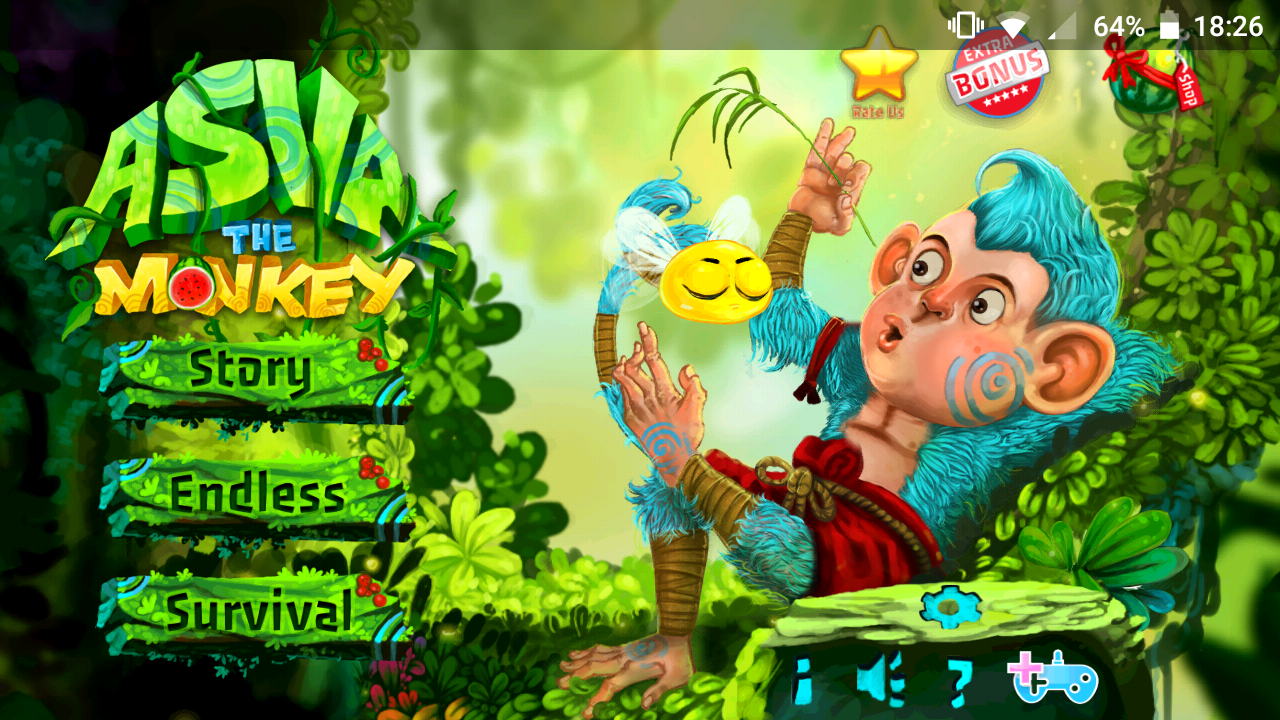 After the last game’s dark atmosphere, today’s game is much more light-hearted. Asva The Monkey is a mobile game for Google’s Android and Apple’s iOS developed by the Cambodian studio Osja. Basically it’s a challenging puzzle game in which you take control of Asva, the monkey. Asva lives in the forest near Angkor Wat, Cambodia’s famous World Heritage site. One day he follows a strange light which leads him into another mystical world. It’s now up to the player to guide Asva back home by solving various puzzles. Players have to escape mazes and collect items in a specific way, as Asva can not move backwards or diagonally. Instead, he is very good at jumping.

Asva The Monkey is an interesting game for various reasons. First, it is unique for its origin. Cambodia’s game developer scene is very much in it’s beginnings. It has completely skipped development for other gaming platforms such as PCs or home consoles and directly started with mobile game development. Asva is very popular in Cambodia despite the fact that it is written in English instead of Khmer, Cambodia’s native language. Second, it claims to be deeply rooted in Cambodian culture, despite its very simple and short narrative. Angkor, monkeys and the very colourful game art are elements often found in Cambodian culture. While reading the user comments on Google’s Play Store one might find many comments that express pride upon Asva being a real Khmer game. This is an expression of national or cultural identity that brings together real and virtual worlds. It is interesting to see how cultural elements are transferred to the virtual world of games and serve as a representation of culture or even identity, even in a relatively simple game like Asva. I really enjoyed jumping into this world, because Asva is cute, the world is so bright and the gameplay mechanics are intuitive and addictive at the same time. Also it’s a rare chance to have an insight into the early stages of one country’ s game development, which is already on a surprisingly high level. I will surely continue to follow Osja’s work and delve deeper into Cambodian mobile games.

Here are some screens: