Today I’m back with another guest post, and this time we’re going to have a look at the recently released turn-based strategy game “Political Animals”. I’m afraid I have to start this off with a disclaimer: I have no talent for handling politics, and this game made it all the more apparent. The developers, Philippines based studio Squeaky Wheel, advertise their game as one that will test your moral integrity and expose how incorruptible you truly are. In my case, choosing the corrupt options on purpose was a challenge by itself.

The game’s premise is fairly simply: You play as one of several available animal characters and try to become the president. By building your political platform, strategically using your employees and reacting to various randomised events, you try to win over voters and hopefully leave your rival in the dust.

It’s the first day of the campaign and I’m already more than 100.000 votes behind.

The maps are based on real world geography, and each of them is separated into districts, which all have a different set of concerns and patrons that require the player’s attention. One of the districts will be your campaign’s base, and I’d recommend choosing one with a larger population, unless you really want the challenge of being behind in votes right from the start. Each turn, you begin with a set number of logistic points that can be used to complete various actions. You can choose to rally people for votes, give campaign speeches – or perhaps you’d rather pay the local patrons and bribe the populace into taking your side. Shady actions like the latter might cause a scandal however, which in turn can cost you reputation. Unless, of course, you have a lawyer ready to quietly settle all of your scandalous affairs for you. You can even employ thugs to threaten your opponents, or have an agent fabricate stories about them to sully their good name.

Even playing as Wolf, I choose to march with the mice each time.

Another important aspect of the game are the random events that pop up on the map from time to time and usually present the player with a moral dilemma. Sometimes, there is no clear-cut distinction between right and wrong; or the obviously corrupt choice may seem much more appealing. Whatever wins the campaign, right?

At times, the right thing to do will also be the very costly thing to do.

In essence, the gameplay is not hard to learn, but much harder to master, and here is where my few gripes with the game come in. While “Political Animals” is really fun and its graphics are colourful and appealing, it doesn’t have any actual story, and even your most questionable decisions only affect your campaign and no underlying plot. What will become of the animals after choosing a gangster as their president? We’ll never know. There often also seems to be no distinction when it comes to the severity of your actions. Whether it’s the crimes of a patron’s son getting swept under the rug or your candidate choosing to join the island’s latest dancing fad, it’ll net the same number of scandal points. It’s either a brilliant commentary on the human nature and the gossip press, or a poor balancing choice. Either way, it feels like there is no real gravity to the decisions you make. And while the events themselves can be quite entertaining, they do seem to repeat a lot – a little more diversity here would do much to boost the game’s replay value. There’s also no multiplayer mode so far, which is a shame. Beating your friends in an election would surely be amazing.

On the other hand, Squeaky Wheel Studio states on their website that their games aim to bring attention to problems developing countries face, and I think “Political Animals” is doing a good job at that, if in a very cartoonish way. It’s more than just a commentary on local politics though, and you might even feel a shiver go down your spine when your rival goes campaigning with slogans like “Make this island great again!”

All in all, “Political Animals” is a fun game and I’d especially recommend it to fans of strategy games who want to dig deep into the mechanics and who don’t mind getting their hands dirty from time to time. A life of crime doesn’t pay off? In this game, it certainly does.

Full disclosure: This article is based on a free review key from Squeaky Wheel that we thankfully received upon request. 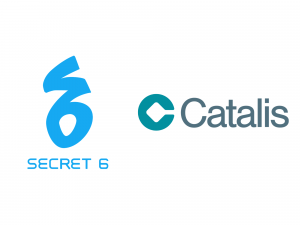