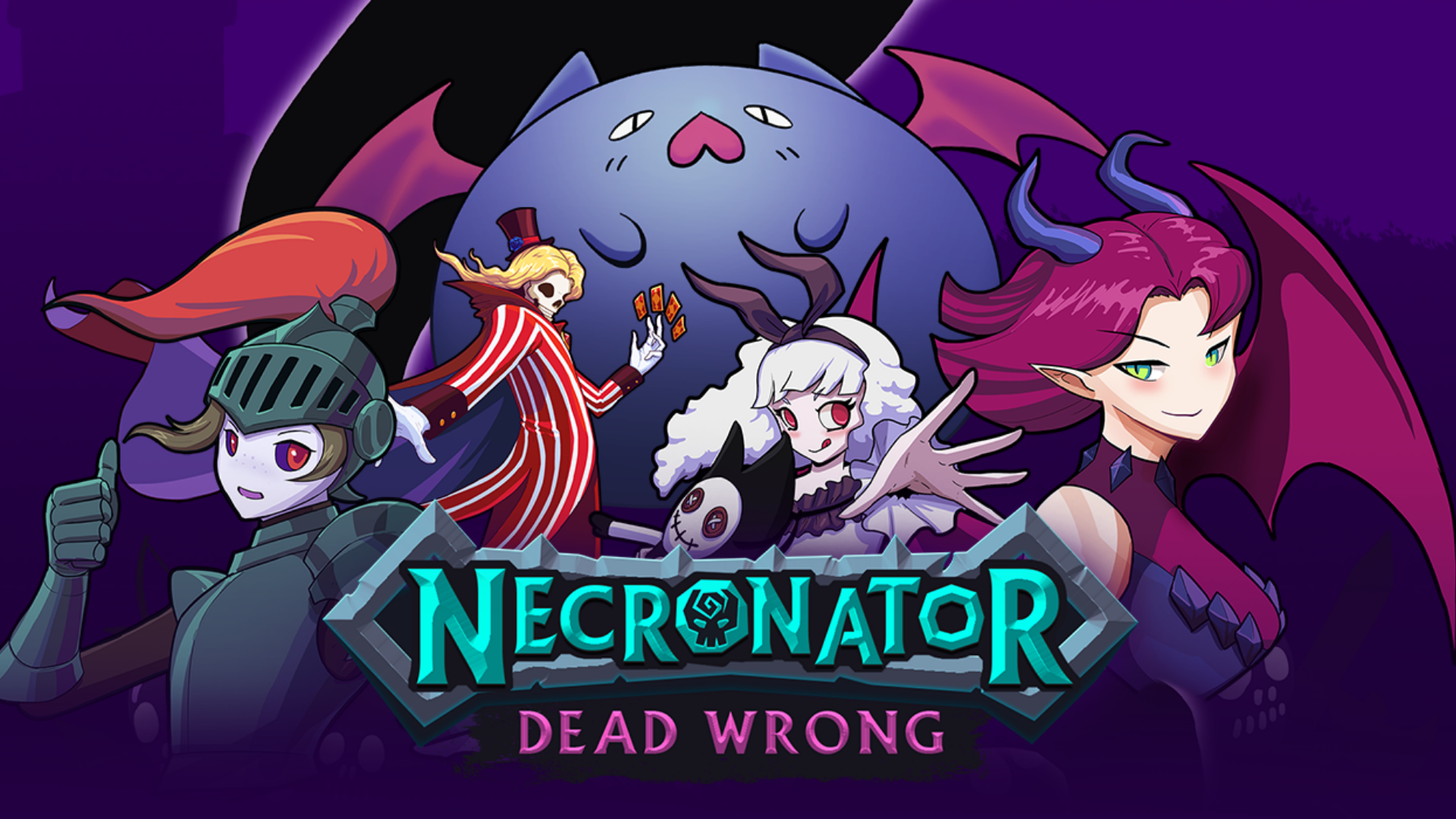 Did you think this was one of those games that would be stuck forever in the Early Access nimbus and then be silently released at some point? Well, you were dead wrong! Instead, developer Toge Productions and publisher Modern Wolf have followed a stringent plan and now officially released their game Necronator: Dead Wrong after only 5 months of Early Access. Is this version any good now and is the project really finished? Let’s find out!

Necronator combines two genres that have been incredibly popular in recent years: namely battle royale and looter shooter. Bullshit, of course it’s tower defense and card-based deck building. Spiced with a pinch of roguelite and a respectable pixel mix in 2 and 3D, the result is a mixture whose individual ingredients may not seem very original, but are still appealing as a whole.

In the game we slip into the role of a necromancer who has to defeat other wizards with the help of summoned troops and spells. Let’s not dwell too long about the “story” of the game because it is not really in the foreground due to its insignificance. Fortunately, the game doesn’t take itself too seriously and is always humorous and light-hearted. That’s a good thing, because the core of the game is undoubtedly the gameplay.

We choose one of the comic necromancers, a fitting, pre-designed deck of cards and a special ability with which we start the game. Whereby we have few options at the beginning as a lot of the content can only be unlocked in the course of the game. Now we move from point to point on a world map. There we can encounter several different elements: fights, storage areas, shops and events. The last three are mainly used to expand or improve our card deck and to acquire relics that give us new special abilities. Most of the time, however, will be spent on fighting.

In principle, battles always proceed according to the same scheme: On a three-dimensional map we face an opposing castle that needs to be destroyed. With the help of cards in hand, we conjure units from our … umm …  necromancer vortex, which then automatically move on predefined paths towards the goal. So we don’t control our fighters directly, but can only determine the route in a few places using directional signposts. The opponent basically does the same thing and so it inevitably leads to automatic real-time battles on the lanes. Luckily, we can support our undead army with all sorts of magic spells that, for example, either increase their combat strength or armor. We can inflict serious weakening or damage spells on enemy units too. If one of the two parties has destroyed the opponent’s headquarters, the fight ends in either a victory or a defeat. With the latter, we have to start the game again, but take experience points with us that unlock new elements for the next round.

This gameplay loop creates a varied scramble, which is ideally characterized by tactical decisions such as the right choice of cards and quick reflexes. In addition, there is a good deal of luck and the inevitable chaos that can break out in such situations. Fortunately, the battles never last longer than a couple of minutes, so boredom is seldom a problem – much more often, however, we felt an intoxicating sense of happiness, in which the cards and units were just flowing. If you get the right mixture of card deck and relics, you can let invincible waves of units flow towards your opponent. It may not be perfectly balanced, but it is a lot of fun!

Balancing is a good starting point to talk about the state of the game. Version 1.0 is the official release version of the game. The developers are, however, far from having finished working on the game. With the release announcement, further planned improvements to the balancing as well as new game content such as new necromancers, level and map editors as well as leaderboards were presented. So new content should be provided, especially since Necronator: Dead Wrong currently already officially supports mods – that’s exemplary!

Necronator: Dead Wrong left the Early Access program – and then again it didn’t. The game is now in a state that enables worry-free gaming and offers enough content for several weeks. But you can tell at every nook and cranny that “more” is planned. We’ll see the final version of the game in a year at the earliest. Necronator: Dead Wrong is already recommended for everyone who likes to tinker with the perfect card deck and would like to take a fresh look at the tower defense genre.

Necronator: Dead Wrong is available for PC on Steam. This review is based on a free review copy provided by publisher Modern Wolf.