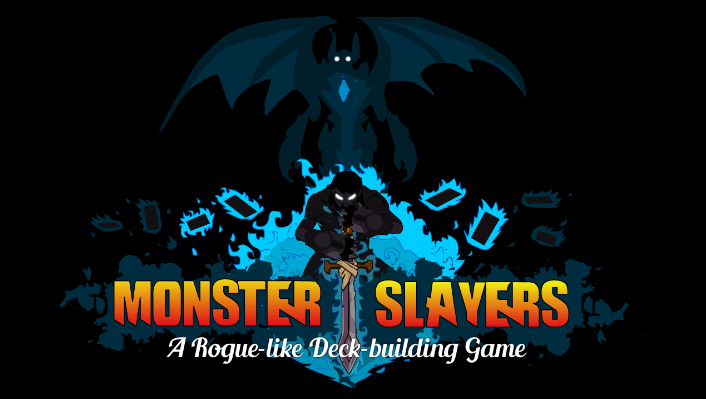 Monster Slayers! “What a generic title for a videogame.”, was probably the first thing we thought when we heard about this game. But its tagline intrigued us: A Deckbuilding Roguelike Adventure. This combination of probably some of the most popular genres today seems worth a look. Is it a great mixture of all those or simply a potpourri of half-baked ideas to jump on a hype train? While Monster Slayers has originally been released on PC by Malaysian developer Nerdook in 2017, we are now looking at the recently ported version for the Nintendo Switch.

And yes, the game’s mechanics are quite addictive. We choose a class and fight our way through randomly generated dungeons. Using cards from our deck to fight, the game develops motivating mechanics between dungeon crawling and card management. Once we die, it all starts from the beginning an all progress is lost except for skill points. We can use those to unlock permanent feats for all classes, making our next run even more enjoyable.

Unfortunately, the developers didn’t put much effort in converting the game to Nintendo’s Switch console: All menus, texts and pop-ups are the same as in the PC version, making menu navigation with a controller quite clumsy. Overall, text and icons are way to small, especially when played in docked mode on a large TV. A little more polish and attention to the target platforms needs, and this already very enjoyable game would have become a Switch must-play for deck builders and roguelike fans.

Monster Slayers is available for Nintendo Switch, Playstation 4, Xbox One and Steam.

Disclaimer: This review is based on a free review copy kindly provided by publisher Digerati.

Become the CEO of your own company in Startup Panic
X
We use cookies to ensure that we give you the best experience on our website. If you continue to use this site we will assume that you are happy with it.Accept All CookiesDecline