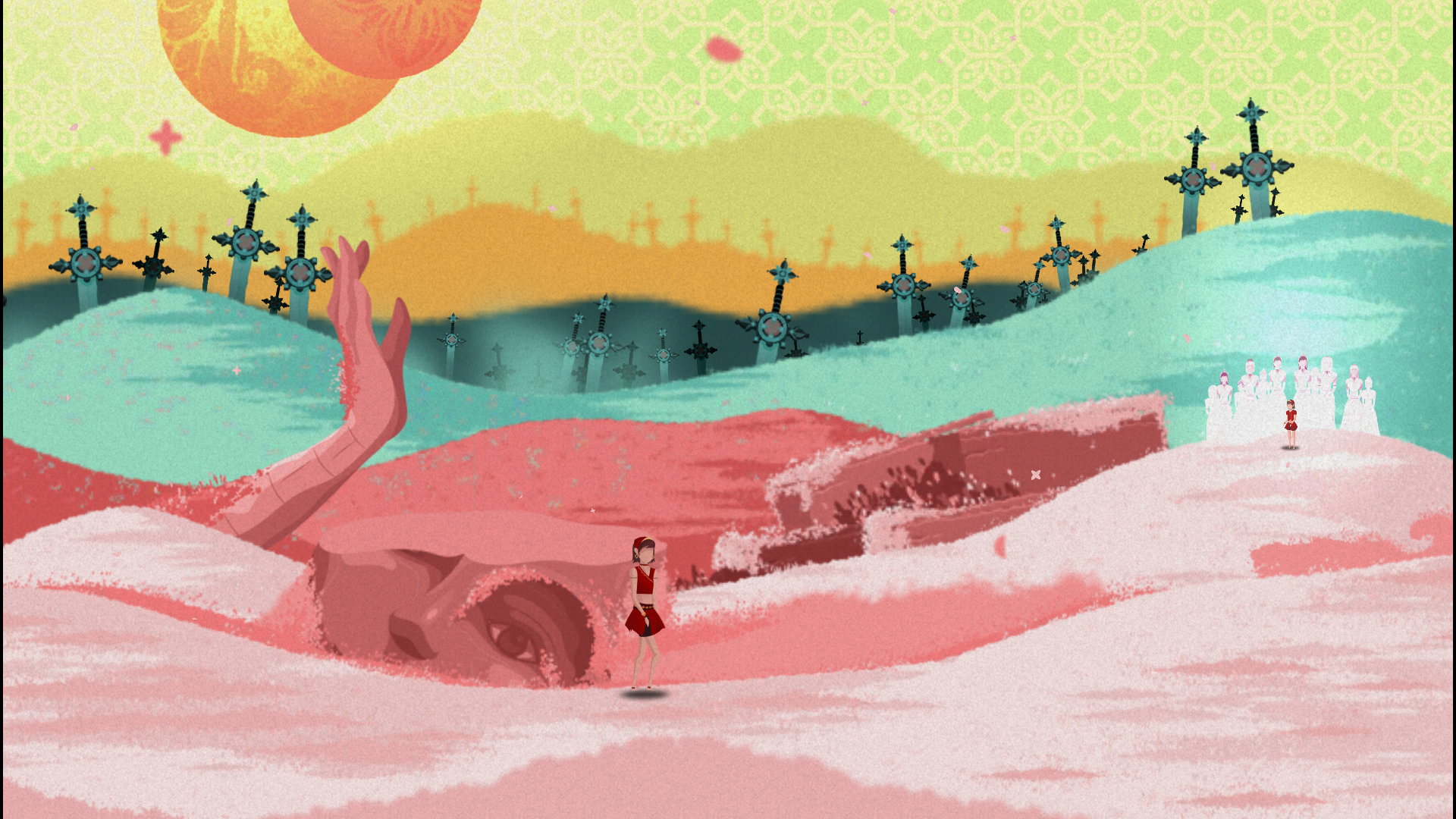 Mayari accomplishes on mobile what others are unable to do on more advanced platforms: traveling to a mystical world by means of imagination. It lets the player delve into the mythological world of the Philippines by using simple mechanics, beautifully handcrafted panoramas and a tantalizing soundtrack. Mayari is far more than just a game, it’s a unique visualization of ancient myths translated into modern media. It stands exemplary for a culturally inspired game.

This little gem tells the story of Mayari, the worldly vessel to the goddess Idayen. It’s a coming of age story of the mythological kind. We follow Mayari from the day of her birth to initiation and the fulfillment of the celestial circle: producing an heir to keep the lineage of priestesses alive. The story of Mayari is deeply embedded in Filipino culture and might seem confusing for foreign gamers. This is reinforced by the fact that Mayari tells its story only through images and feelings, expressed by some kind of “ancient” emoji. Players have to discover the story by either puzzling together the bits of information given by the game itself or – and this is highly recommended – delve into the games extensive glossary. Being helped by this tool and by means of imagination the beautiful almost dream-like world of Mayari unfolds on your mobile device.

The developers from Ingenuity found extremely simple but effective ways to create a game so unique. The aforementioned absence of speech is just one of them. Beautifully crafted 2D pixel environments establish the mystical world of Idayan (named after the goddess) before our eyes. The games heavy emphasis on music and choirs are reflected in the gameplay itself. Mayari consists of six chapters, each representing one of the vessel’s stages of life with different backgrounds and gameplay elements. Besides the story and exploration parts, the game offers a variety of puzzles to be solved. These range from quick and simple to frustratingly incomprehensible: composing music, finding hidden objects or maneuvering two characters through a maze. As with the story, the game does not offer explanation for the riddles and this is fine as it encourages the player to find out by themselves – just as Mayari has to do it. Unfortunately, some riddles should provide better player feedback (I still don’t know what I was supposed to do in the boxes puzzle mid-game).

Mayari is a slow and relaxing game. A game that draws you into its world with all your senses. Don’t expect any hectic action sequences or any mind-blowing story twists. Mayari is a trip into the cultural mindset of Filipino myths and beliefs. As such, it is unique and stands out from most other mobile games. A game that also encourages to dig deeper into real world culture. The developers cannot be praised enough for going this way and executing it in such a good manner.

Mayari is available for 1 $ on Android and iOS.

More screenshots (they are just to beautiful):