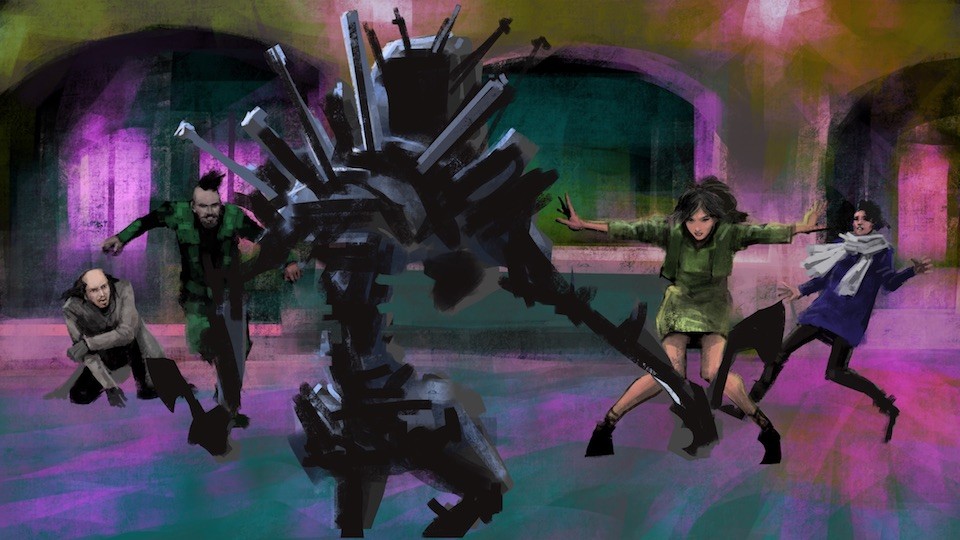 What happens when a dedicated development team both has a passion for music and Japanese role-playing games? They decide to mix the best of both side into their first release. Newcomer Klappanome from Malang, Indonesia is currently working on Valz – a rhythm game and JRPG crossover for mobile devices.

According to the developers, Valz combines straightforward rhythm-based gameplay and turn-based action with a deep and twisted story. This combination is a tricky one for most development newcomers and Klappanome tries to find a good balance between both aspects. Valz is set in the fictional world of Lagu. This world where harmony used reign is now in danger by a mysterious dark force, the Valz, that turned all instruments into grim monsters. Players take control of a group of adventurers to restore harmony in this post-apocalyptic world. Valz is supposed to have some decision making that will affect the multiple story endings.

Founder and story author Ricky Ongkowidjojo is the creative mind behind Klappanome and he explained us, that the fight between valz and harmony that is the main theme of the game reflects the society he lives in. This world is full of manipulation and self-gain that is in desperate need for a more balanced way of living. Ricky strongly believes that the mobile platforms can have deep and meaningful games. We believe that it is always good when developers make games that follow a certain philosophy, so our hopes for a captivating story are truly high.

Said group of musical heroes will face many encounters. To fight them, is it necessary to tap the screen in the rhythm of the music. A task that is helped through visualization in form of colorful bubbles moving towards the player. If the tapping is rhythmic enough, an action bar will fill up and unlock special abilities for the heroes. Each encounter has an attack phase and a defense phase that require the use of different skills. The game also has standard RPG elements such as leveling up characters and  gear management.

Valz has a strong focus on visualization and sound. All cut scenes are hand drawn panels like they are used in visual novels with a clearly unique touch. For the music, Klappanome acquired the service of an experienced composer from Japan, the home of rhythm-based video games.

Klappanome is expecting to release the game in episodic form in late October or November for Android and iOS devices. A Steam version may be released later. Until then, Klappanome must prove their already impressive premise. Does the gameplay really mix well? It is yet unclear how they address the player’s different needs for more gameplay or story-centered content and between hardcore and casual gamers. Furthermore, we can only hope that the story lives up to its expectations. The preview version we saw already shows that Klappanome can create a unique and atmospheric world with solid gameplay and a beautiful art style. It is now up to them to fill this world with interesting and innovative content.