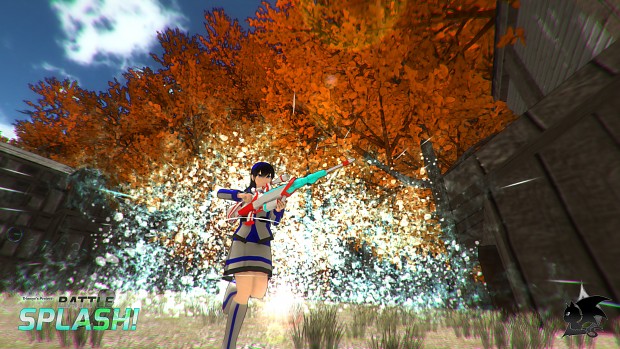 Steam Greenlight is dead! After almost 5 years, Valve closes down its community driven publishing system in favour of a new system, called Steam Direct, with the goal to increase the quality of the published games and to avoid fraud. Steam Direct will go live June 13th, which still gives us some time to take a look at the most recent – and last – contributions from Southeast East Asian game developers. This time, we have a wide variety of games from Indonesia, Vietnam, Singapore and the Philippines (and lots of anime inspired games). Let’s hope we will still see some of these games on Steam later!

Steam Greenlight was a good  (but slightly flawed) opportunity for indie developers to easily publish their games on Valve’s popular online platform. If the same can be said about Steam Direct remains to be proven, especially when it comes to the repercussions of having a 100 $ entrance fee. However: We will continue covering PC games from Southeast Asia here.

These are the last highlights from Steam Greenlight, developed in Southeast Asia:

Imagine the multiplayer modes of classical Quake or Doom in third-person with water guns and anime school girls. That’s a very adequate description of Battle Splash, a one-man project from Vietnam. Developer Nguyen Binh Hung is working on a violence-free competitive multiplayer shooter that targets all audience from children to adult gamers. Per today’s standards, the game will feature different game modes and classes as well as water-fights with up to 32 opponents. Battle Splash was already Greenlit and the next step will be Steam’s Early Access program. Try out the game’s pre-alpha demo to get an idea where the game’s heading!

With Azure Saga, Indonesian game developer Masshive Media is planning to release its first game on Steam. And it looks very promising! While the cute 2.5D graphics can’t hide the studio’s origins in mobile gaming, Azure Sage wants to combine the storytelling of visual novels with turn-based combat from classical JRPGs. Round it up with quests, skills and lots of equipment and it could truly become a little RPG gem set in a mix between medieval and sci-fi themes. Azure Saga already got their Greenlight and is still scheduled to be released in 2017.

Next up is Kitten Mita, developed by Eggion from Indonesia. In Kitten Mita, players take control of the anthropomorphic kitten called Mita who tries to find the secrets behind her mother’s love. This sets the scene for a charming RPG game with strong focus on storytelling and the simulation of Mita’s daily life. Expect mini-games, battles and lots of dialogue in beautifully hand-drawn two-dimensional environments. Developer Eggion already managed to get the game greenlit and is now looking for funding through the Square Enix Collective. You can still vote for Kitten Mita there!

If Japanese anime is your thing, you might want to check out Anti Cast. Developed by CHOO5D from Singapore, this game is another one-man developer project. Anti Cast is a third person stealth adventure with a cinematic art style.  Not surprising, as the developer has roots in film-making. Players will take the role of Leon who finds himself cast in a nightmarish parallel world. This world is a school but with monsters and strange events and Leon has to find out what is going on there. The developer promises that players can choose their own playstyle between action and stealth and must solve puzzles to uncover the world’s secrets. The screenshots convey a disturbing and mysterious experience already. Anti Cast has been greenlit and is scheduled for late 2017.

Fans of creative sports games like Rocket League will rejoice! Apploid: Ballfare is a casual multiplayer sports game that mixes elements from rugby and dodgeball. In the game’s world, little robots called “Apploids” battle each other in futuristic arenas. Basically, these Apploids are everyday machines with arms and legs and a grapple hook. The rules are simple: Get the ball into the goal and shoot the other players. Apploid: Ballfare promises to feature four or six player matches and character customization. The colourful cell-shading graphics rendered in Unreal Engine 4 already look very appealing. Apploid: Ballfare is the final project by some students of Limkokwing University of Creative Technology (LUCT) called One Last Game Production. Unfortunately, the game hasn’t been greenlit yet, so let’s hope it wasn’t their last production indeed.

Grand Guilds is a tactical JRPG with heavy focus on battles. Instead of fixed powers the characters can use collectible cards to unleash their special moves, adding a nice twist to the well-known genre. Grand Guilds is set in a fantasy world called Yul where guilds try to find the source of recent mysterious events. On their way, the characters will encounter many battles from an isometric 3d perspective. According to developer Drix Studios from the Philippines, it will be crucial to make good use of your party’s positioning and the game’s environment. Different line-of-sights and altitudes in combination with the multitude of cards will require players to adjust their strategies. Drix Studios is targeting a release for PC in early 2018. Grand Guilds didn’t make it through Greenlight yet but maybe it will return through Steam Direct.

Finally: With Garrison: Archangel comes a mecha fighting game from Indigo Entertainment. The Filipino development studio drew its inspiration from Japanese mecha anime series and transformed it into a competitive game with arena battle and fully customizable mechs, called Archangels. These powerful machines indeed resemble their biblical counterparts  as they can fly and wield powerful weapons. This allows for fast-paced, intense and visually stunning encounters made for local or online battles (up to four players). You can check out the action and the beautiful anime artstyle in a free demo of the game. Like the two last entries in this list, Garrison: Archangel didn’t make it through Greenlight before it closed down. Hopefully, it will return on Steam Direct or by other means.