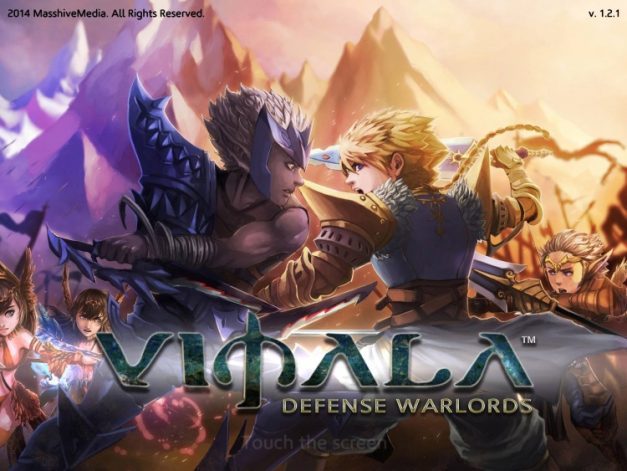 A little while ago, we’ve featured some last minute entries on the now closed down Steam Greenlight; among them Azure Saga: Pathfinder by Indonesia’s Masshive Media. Azure Saga remains yet to be released, but it’s not the studio’s first game to be published. So for today, I’m going to take a look at Vimala : Defense Warlords instead.

Released back in 2014, Vimala is a mobile game for both Android and iOS. Part tower defence game, part RPG, it comes with quite a few interesting mechanics and twists of its own. The story is simple enough: a kingdom in disarray, waiting for a brave warrior to become a hero to its people and reunite the torn nation. And that’s pretty much it. 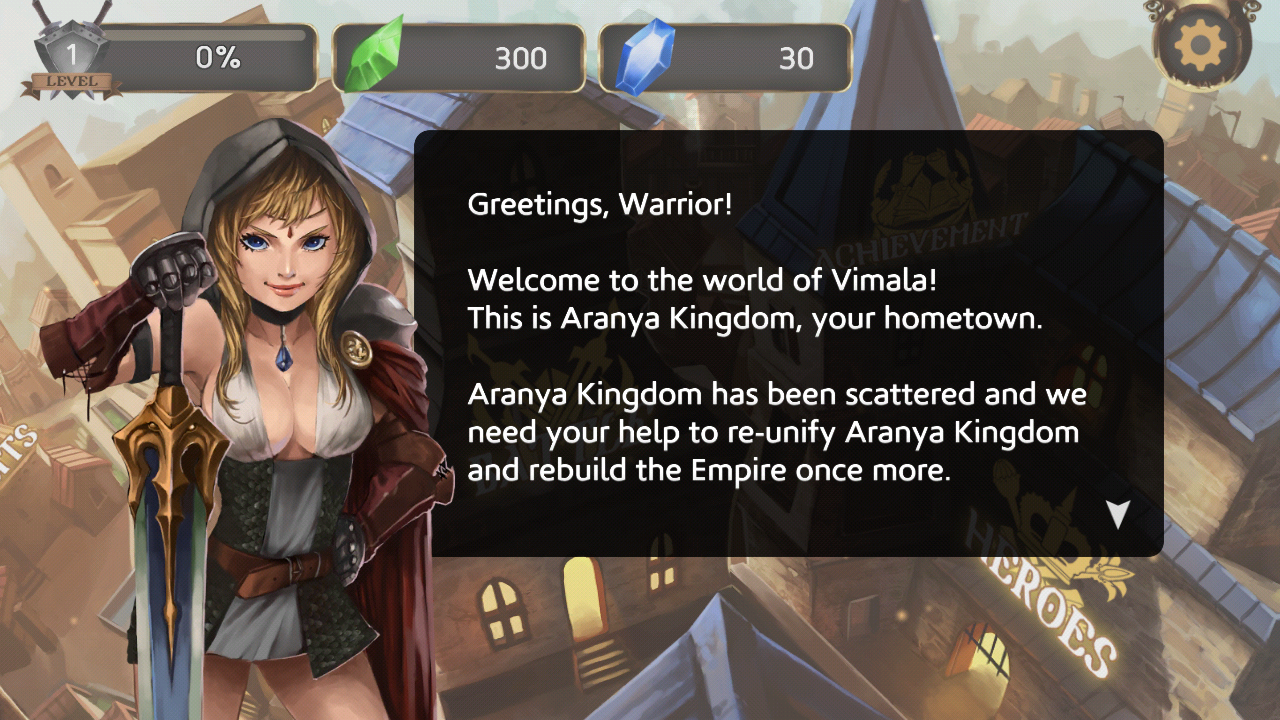 A mysterious woman appears and introduces us into the world of Vimala.

Well, at least as far as I can tell. I’ve played through a few maps and never really learned anything beyond the basic premise. Which is a shame, because I have a lot of questions about this shattered kingdom. What tore this realm apart in the first place? Who are those warring factions? I might never find out.
“But Luna,” you say, “it’s a mobile game. It doesn’t need much of a story.” Fair enough. So let’s move on to the good bits: the gameplay. 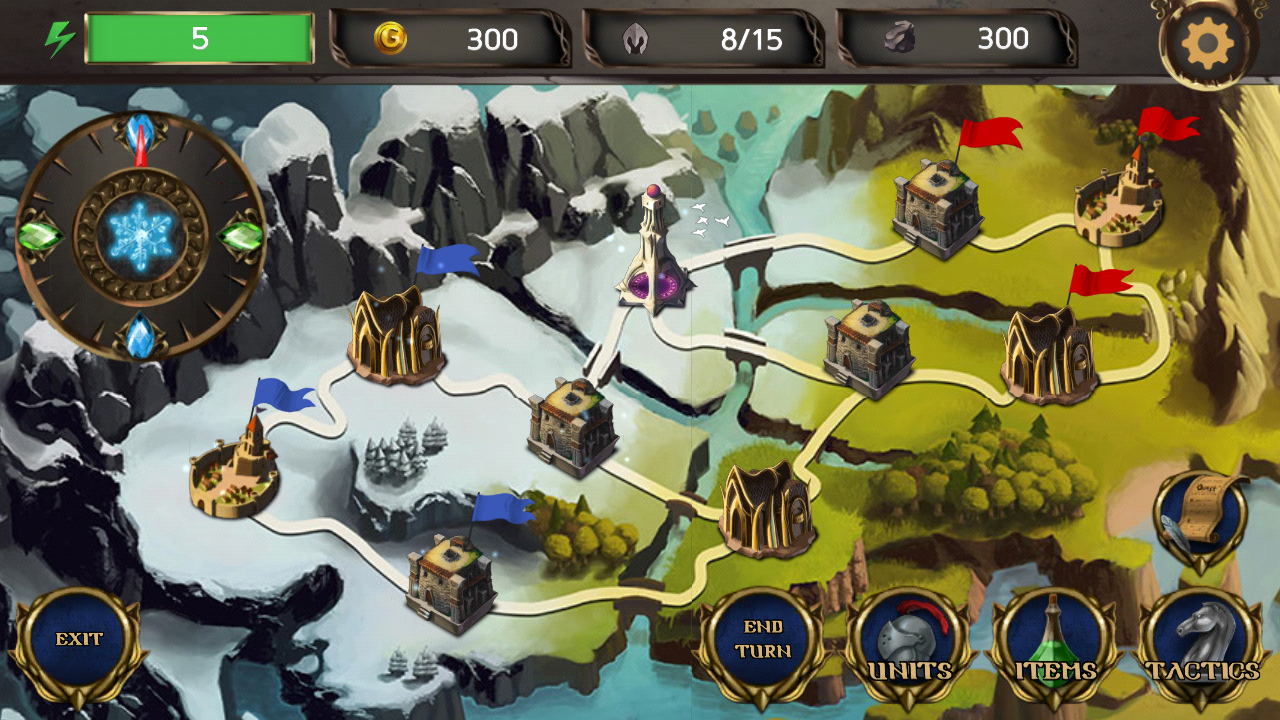 Map number one – a single enemy. Those were simpler times.

Vimala comes with two different modes, Skirmish and Dungeon, although the latter will take some time to unlock first and is simply an endless dungeon mode.
Skirmish is the more important one, with various maps featuring the promised tower defence component. Each map contains a number of fortresses, which must be conquered and defended against the enemy forces. To do that, various generic RPG units such as knights, mages, thieves and others are at our disposal, along with a select few more powerful heroes. The first map only has one hostile faction to worry about, giving a false sense of security. But when progressing through the other maps, the number of opponents will quickly rise. Suddenly, a fortress might be at risk of getting attacked from all sides.

When an invasion takes place, the game switches into a turn-based battle mode, where units are directly pitched against each other. There are a few surprises here. Only one unit can attack each turn and an area-based weather system might harm friends and foes alike. Repelling invading forces is hard enough, but now there’s acid rain? The people of Aranya truly are spared nothing. 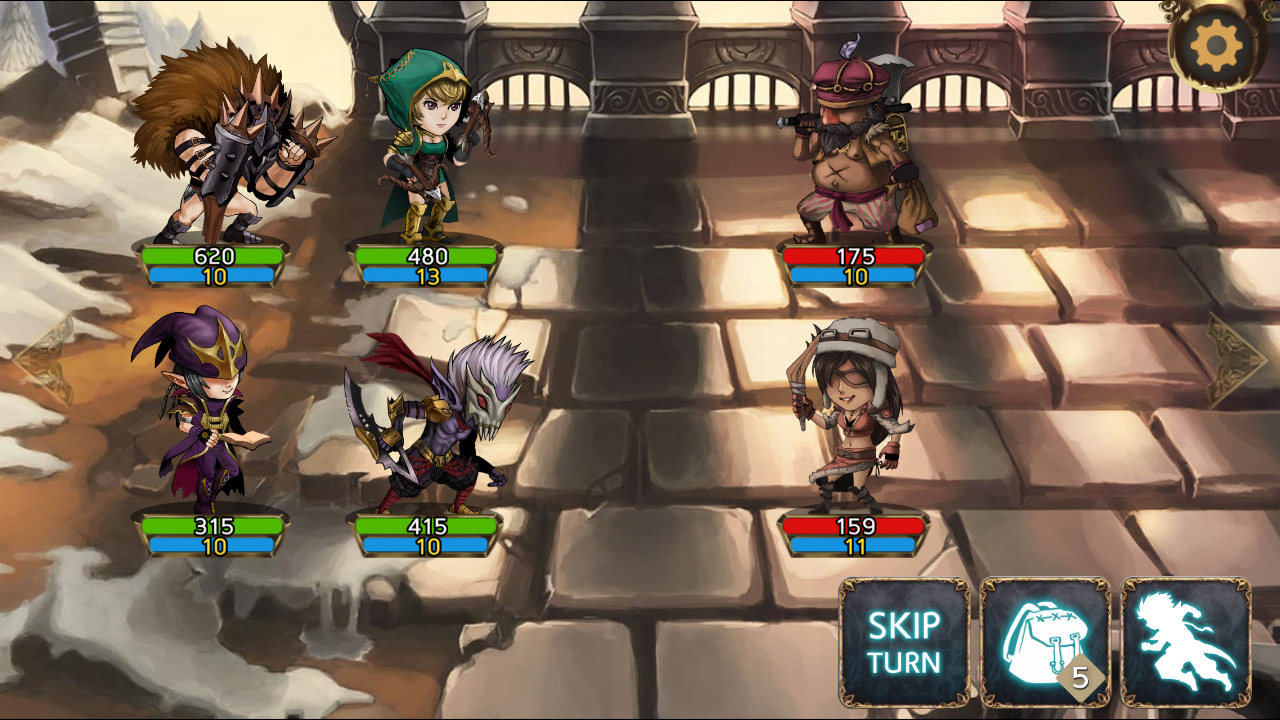 Time for battle! My fighters on the left are itching for some action – alas, only one unit may strike per turn.

While all of this is putting an interesting spin on the well known turn-based combat system and forces players to think twice about each of their actions, it also slows the battles down. A lot. And unfortunately, this is not the only issue I had with the game and I believe most of it is caused by the chosen platform.

As a PC game, these mechanics could have been executed much better. But for a mobile game, the gameplay is much too slow. A single map might take an hour to get through (more or less than that depending on your playing style and experience), and for a simple game to play on the smartphone in my downtime, that’s quite a lot to ask. Sure, maps can be saved and continued at a later time, but by then, I might have forgotten what I was planning or have lost interest in the map.
Then there is a small quest system, which might give a few extra bonuses – but the number of quests is very limited and so far, I have found no way to influence whether a hero will succeed with it or fail. There is an equipment system that even allows for the fusion of items – but each hero may only equip one piece and so I’ve yet to find a need for it.

Remiellz is on the job! Will she succeed or bitterly fail? No one knows.

All in all, Vimala has a lot of promising features, all of which are limited by the mobile platform that forces game mechanics to remain simple, even when they’d work best in a more intricate form. And this is a shame, since Masshive Media may be a small, but clearly talented and creative team. The game has a suitably epic soundtrack, and the art looks very nice and polished – with the exception of a few female characters, which have been given massive busts despite being drawn in a chibi-style, making them somewhat look like caricatures at times. The artists can clearly do better.

Fazit: Vimala could have been wonderful all around, if it hadn’t been a mobile game. In my opinion, it was a smart move to switch platforms for Masshive Media’s current project, which should give them the chance to fully flesh out all of their great ideas.