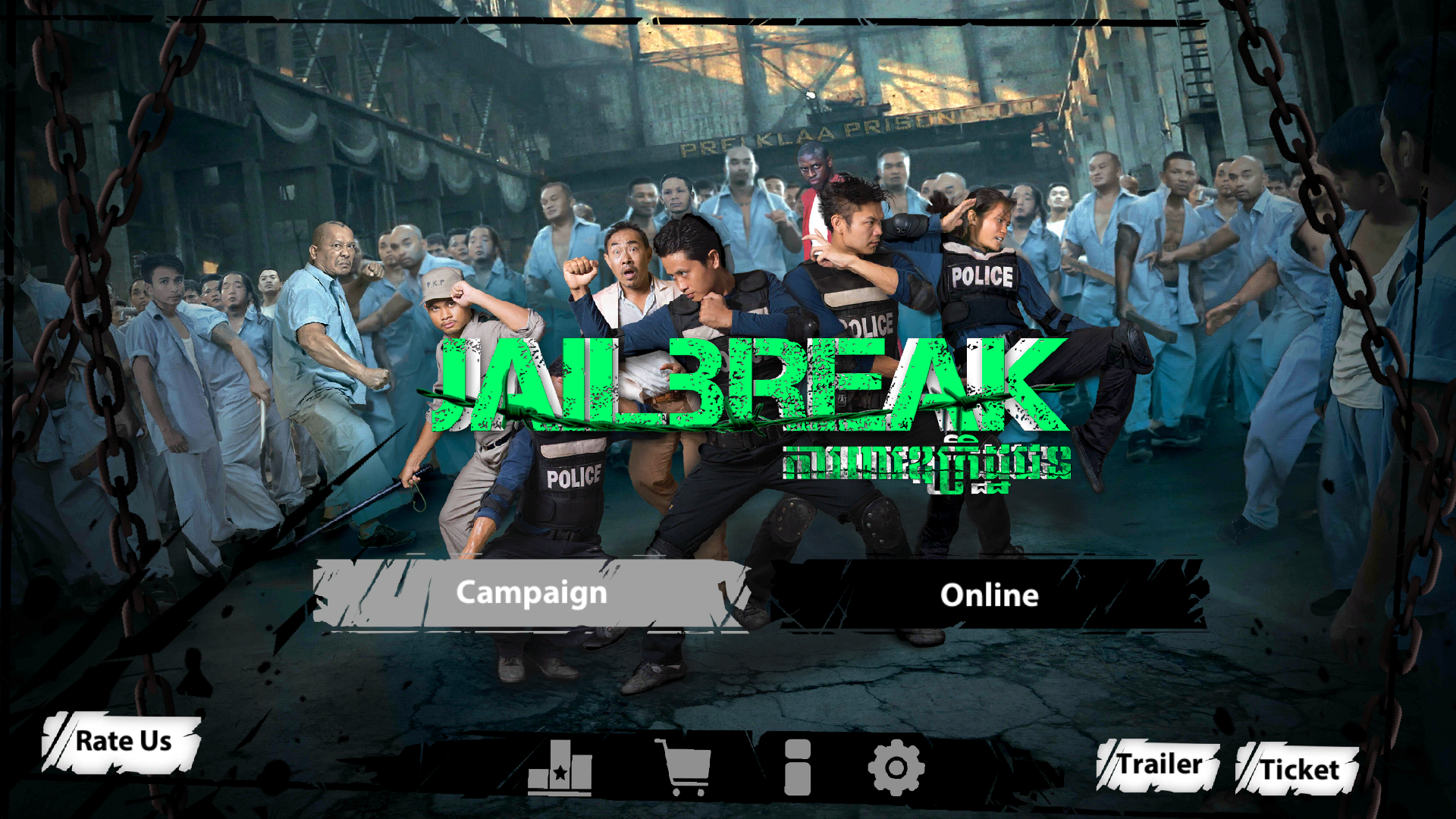 Riot in Prey Kla prison! Jean-Paul Ly and the members of his special task force unit are on a simple escort mission in Cambodia’s infamous prison complex when all hell breaks loose. The prisoners have taken over and it’s up to you to fight back and maintain law and order.

This B-movie story serves as the premise for both the 2017 Cambodian action movie Jailbreak and its mobile game counterpart of the same name. Jailbreak The Game for Android and iOS is a free-to-play beat ‘em up in the style of such classics as Streets of Rage or Double Dragon developed by Cambodian indie studio DirexPlay.

I haven’t seen the movie yet, but it seems that the game captures its vibe very accurately and transforms it into nicely painted and ok-ish animated characters and environments. A powerful soundtrack supports the action on screen with Khmer rap songs and driving music. Jailbreak offers two game modes: campaign and online multiplayer. In the campaign mode, you fight from left to right against waves of incoming prisoners using (Cambodian) martial arts fighting or weapons such as clubs or furniture. The focus is heavily on combat with the occasional jumping passage to give a little variety. Each of the six levels has a final boss battle to master. Online multiplayer is a deathmatch type of game against up to three other players in three different arenas. In both game modes, sponsored energy drinks give special boosts to health, attack or defense.

For such a fast and movement-centered game the controls are quite accurate but with a weird sliding effect that moves the character in the wrong direction from time to time. The game also lacks a little bit of variety, throwing armies of identically looking clones at you during the levels. The game runs stable most of the time apart from some enemies who were stuck off screen or the occasional connectivity issue in multiplayer.

Jailbreak is a free-to-play game and here comes the one part that annoyed me most. Once you die, you can get back into the game as long a you have enough hearts. Those hearts only refill slowly over time or can be refilled by watching ads of a Cambodian soda company. This nuisance hampers the game’s pacing a lot. Apart from hearts you can unlock new characters by earning or buying golden coins. This system feels fair to me as the other characters aren’t really necessary to enjoy the game but add a nice motivation and rewards system to the game.

Overall, Jailbreak is a good option in the beat ‘em up genre for smart phones. The controls are OK, the graphics more than good and the cheesy but fresh scenario from Cambodia is a welcoming distraction from common themes in video games.

Jailbreak The Game is available in English and Khmer language. You can download it here (Android) or here (iOS).