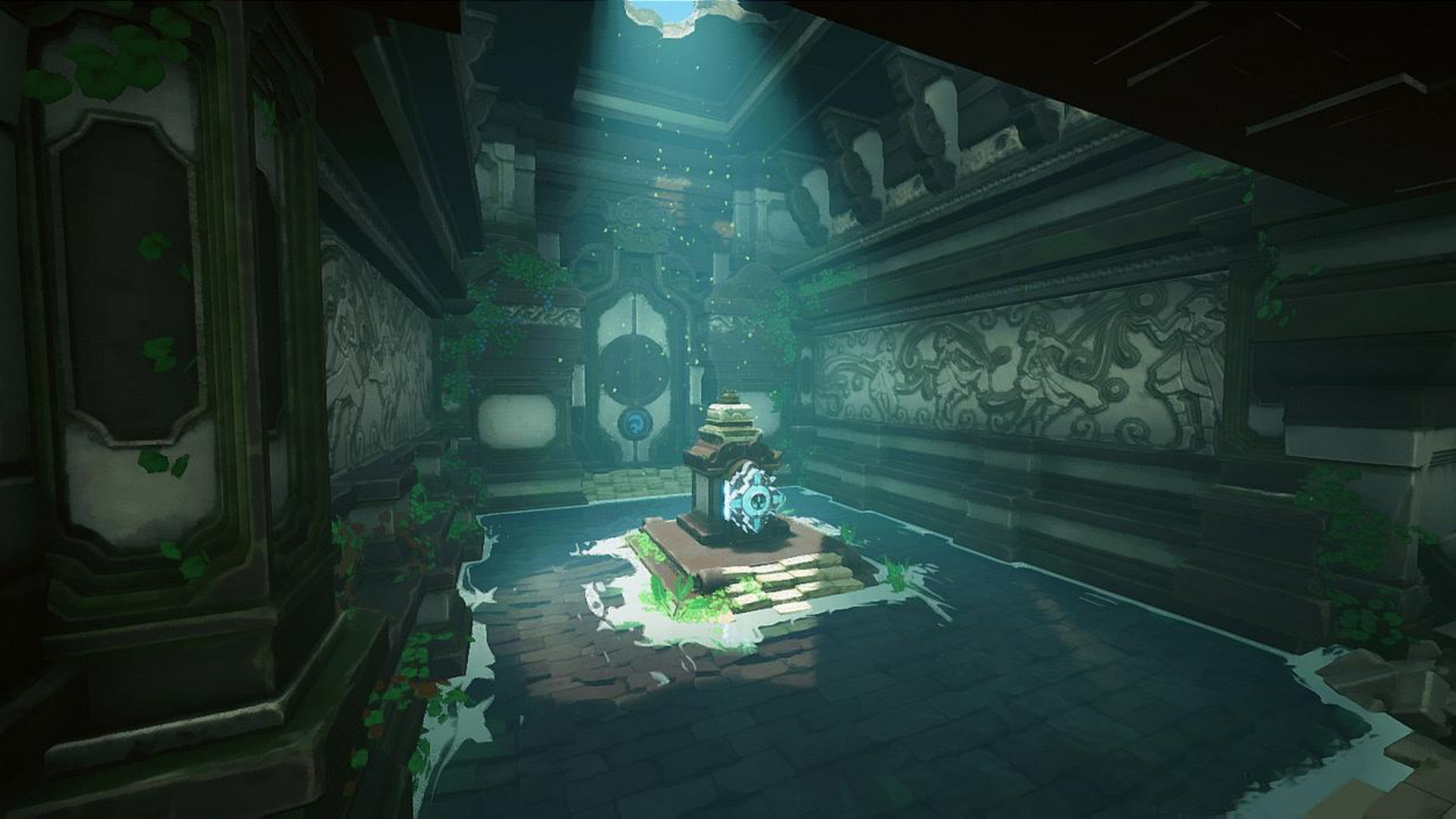 At this year’s devcom Developer Conference, a side event of the video game convention Gamescom, which is taking place digitally due to the pandemic, we had the opportunity to talk to some game developers from Indonesia who presented their latest projects to us. The highlight here was Tirta from developer Agate Games. In a detailed conversation with Cipto Adiguno, Vice President of the Consumer Games Division, we learned more about the content and the current state of development of the game.

Tirta is an action-adventure with puzzle elements whose world and story are heavily inspired by the Balinese culture. On the first screenshots and in an internal gameplay video, we could see how the main character of the game jumps, fights and puzzles through temples in the third person view. Water, which is also the name of the game in Indonesian in the broadest sense, is the element which the players need to manipulate and master during the game. For the developers, water is also an important image of identity and a link for all cultures in Southeast Asia.

The game will rely on visual storytelling and tell the story with as little language and text as possible. The focus is on a young priestess whose job it is to guard a volcano. Originally, this volcano was sealed by the priestesses – but it turns out that a corruption broke out in the world due to this manipulation of nature. The developers promise to tell a gripping story about the circle of life which encourages to think about the forces of nature and the role of mankind within this. An exciting premise that, with its volcano theme, is surprisingly innovative and deeply rooted in Indonesian reality.

For Agate, Tirta is the big flagship project they have been working on since launching their first console game, Valthirian Arc. Work on this project has been going on for 1.5 years and it is clear that Tirta wants to become a beginner-friendly game in which progress and world building are in the foreground. The focus will be more on the puzzles than on difficult fights and the platforming isn’t supposed to frustrate players with overly complex elements. Visually, there is already nothing wrong with Tirta : Although the game is still in pre-alpha status, we already liked the brightly colored graphic style implemented with the powerful  Unreal Engine.

While the game is supposed to be a very Indonesian game, it should also appeal for the international market. A complex undertaking that the developers are well aware of. An exciting approach here is to use one of the approximately 700 indigenous languages ​​of Indonesia in the game, instead of relying on voice output in English or Bahasa Indonesia. That way the game stays true to its roots, but also allows local players to better immerse themselves in the mystical world of the game.

Adiguno describes Tirta as “Zelda and Princess Mononoke in Bali” and that alone sounds very promising already. It remains to be seen whether the finished product can meet the expectations but the game scenes we say allow us to look positively into the future. No information could yet be given about the publication date as Agate is currently looking for a suitable publishing partner. However, there are plans to release the game for Nintendo Switch and PlayStation 4. PC, Xbox One and Next Gen consoles might then follow at a later date.