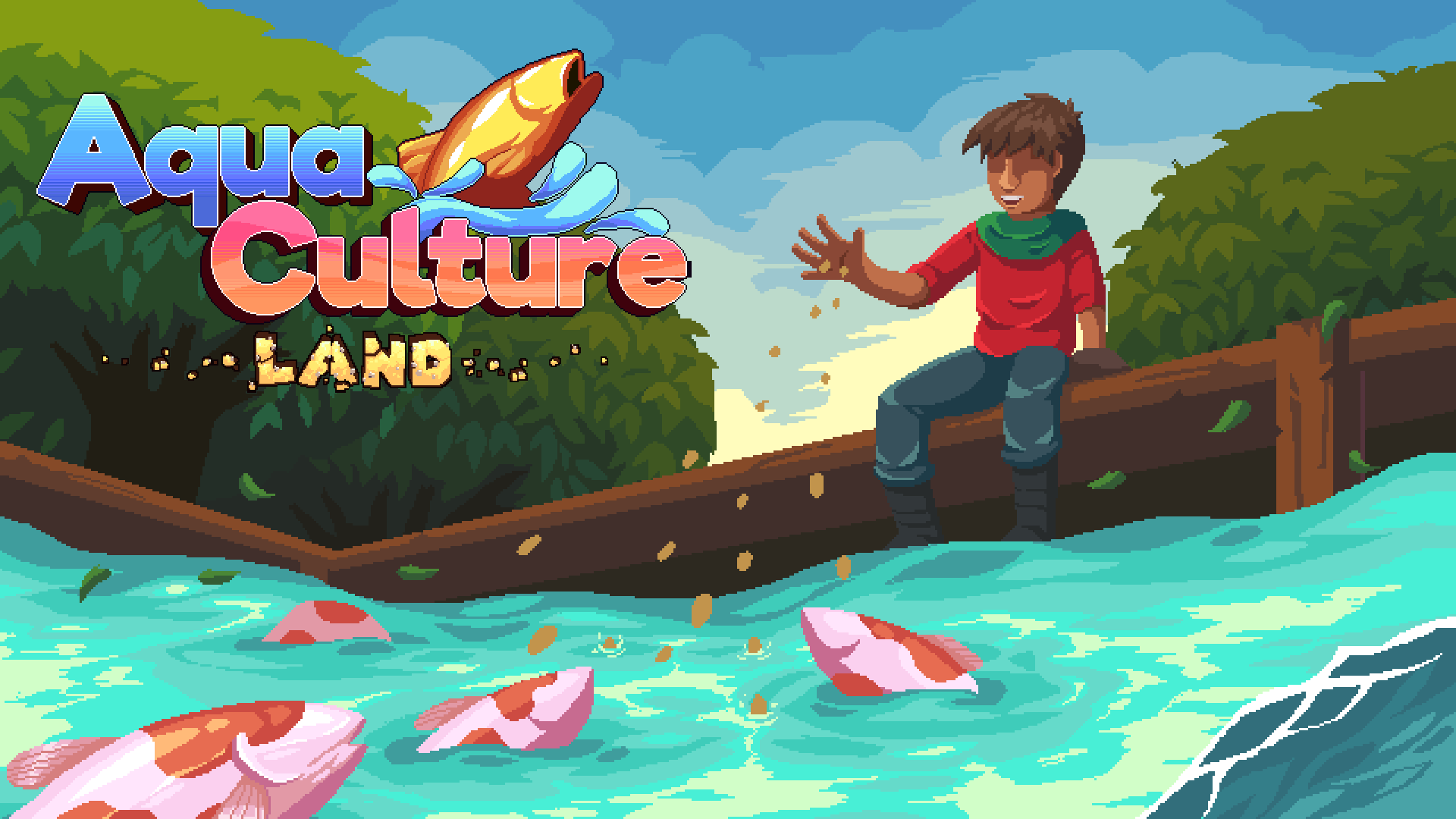 The big challenge with most management games is the difficulty that comes with the act of making busywork, fulfilling orders, and organizing tasks engaging gameplay. Some games push your micromanagement skills to the limit, placing you on crazy strict timers. Others allow for some wacky setups, using the comedic power of a roller coaster that launches people into space to keep its players invested.

Aquaculture Land by Maulidan Games isn’t interested in doing either of those things. It’s pretty sure about what someone looking for an aquafarming simulator wants: a low-pressure, relaxing experience featuring plenty of automation and the simple joys of fulfilling orders. In those respects, the game is pretty good!

You start off with a single worker, a plot of land, and a buttload of cash (up to half a million if you set it so at the start of the game) to make the dream happen. You then click on a shovel and drag out a rectangle to form your pond, which makes your worker snap from his daydream and start digging. From there it’s a matter of filling it with water, finding out what fish orders you’ve got from your customers, then filling the pond with those kinds of fish to raise and harvest later for selling.

It sounds pretty simple, and it is! For the most part anyway. Each pond has several statuses to take note of, such as oxygen levels or living space, which affect the fish being raised in it. You can alter these statuses with machines such as filters or aerators, reducing noise levels near the pond, lessening the amount of fish, or simply digging a bigger pond. These machines cost money to buy, maintain, and power, and they break pretty often too – as well as make noise – which you’ll have to take note of as the number of ponds in your farm grow to keep up with demand. Thankfully, you can set machines to be auto-repair, while any fish’s minimum living requirements for its pond are also marked within the pond status itself, letting you easily see what adjustments have to be made. It can feel a little confusing at first – I sure made some mistakes – but nothing complicated enough to stump you.

With harvesting also having an auto option, you can actually define the level of micromanagement you want for the game by yourself. Want to go total control freak and micromanage every facet of your workers’ day to day activities? You can! Want to set up an almost completely automated farm? You can too! Aquaculture Land is first and foremost a comfy experience over a competitive one; you’re never quite going to struggle when it comes to building the farm you want. While it can feel a little shallow if you’re used to more active experiences, there is a lot of satisfaction to be had in simply watching your farm grow in size as the days and orders go by.

By the time of this writing, however, all there is to Aquaculture Land is a Free Mode, with Career Mode still under development. Free Mode isn’t quite finished either; there’s still a couple of features you’re locked out of. It remains to be seen if Career Mode could bring the missing challenge (and perhaps a story?) that the game is still missing. Until then, it’s a simple and fun little management sim, even if the way machines seem to break or just refuse to be powered by generators feels a little… fishy.

This review is based on a free copy provided by developer Maulidan Games. Aquaculture Land is available for PC in Steam’s Early Access program.