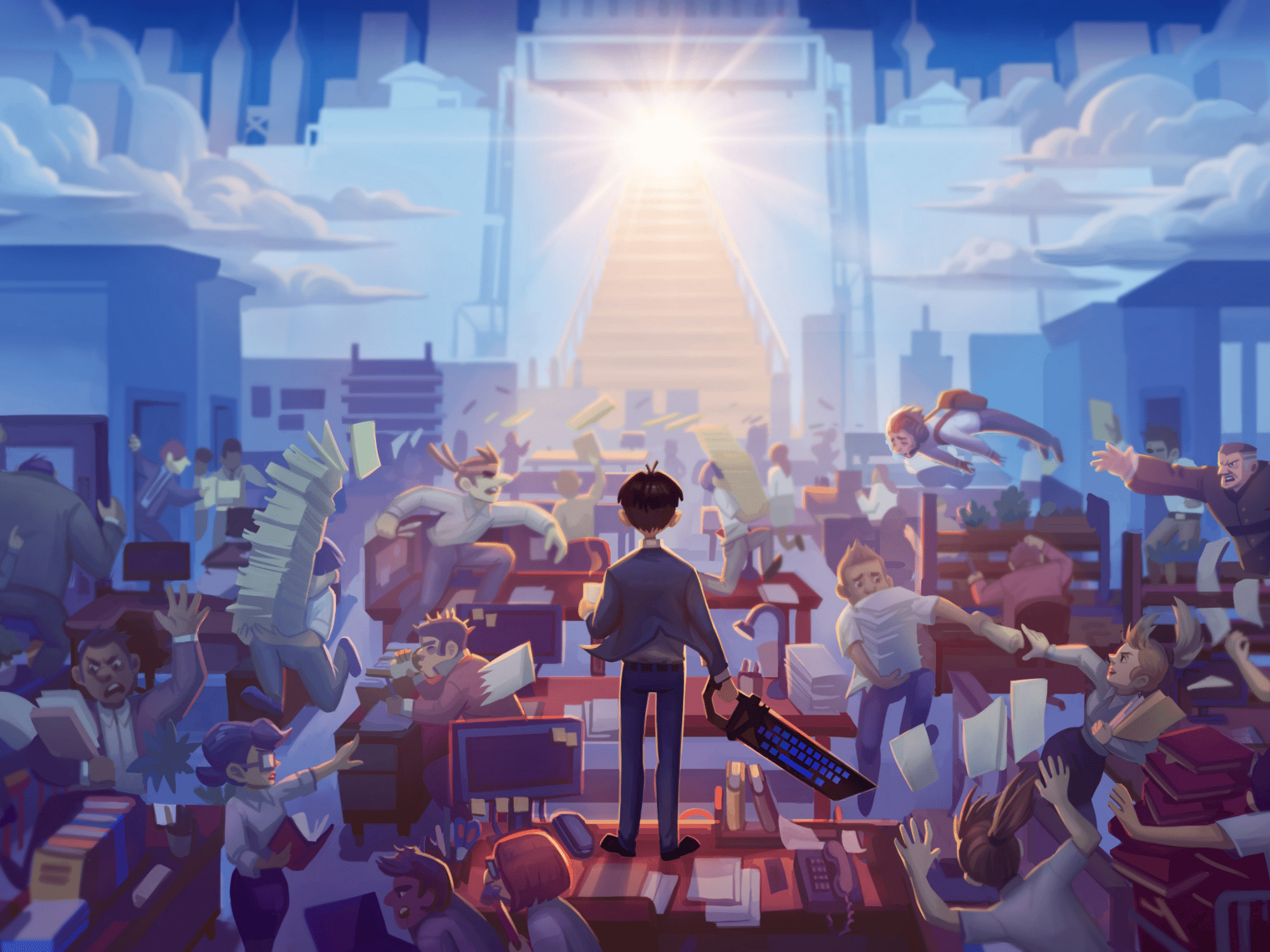 Publisher Leoful and Malaysian indie studio Forust announced that their office adventure game, The Company Man, will launch in early 2022 on Nintendo Switch and other home consoles later that year.

The Company Man is a classic action platformer inspired by the popular American TV series “The Office.” We play as Jim, a young salaryman starting at the Good Water Company. Unsatisfied with how the company is run, Jim sets out to overthrow his boss and become the CEO. Equipped with his mighty keyboard, he runs and jumps across departments and shoots emails at his bosses.

Our PC review praised The Company Man for its unusual setting and humor and its commentary on unhealthy corporate work practices.

A physical edition will be available at selected retailers in Singapore, Hong Kong, Taiwan, and other Southeast Asian markets.