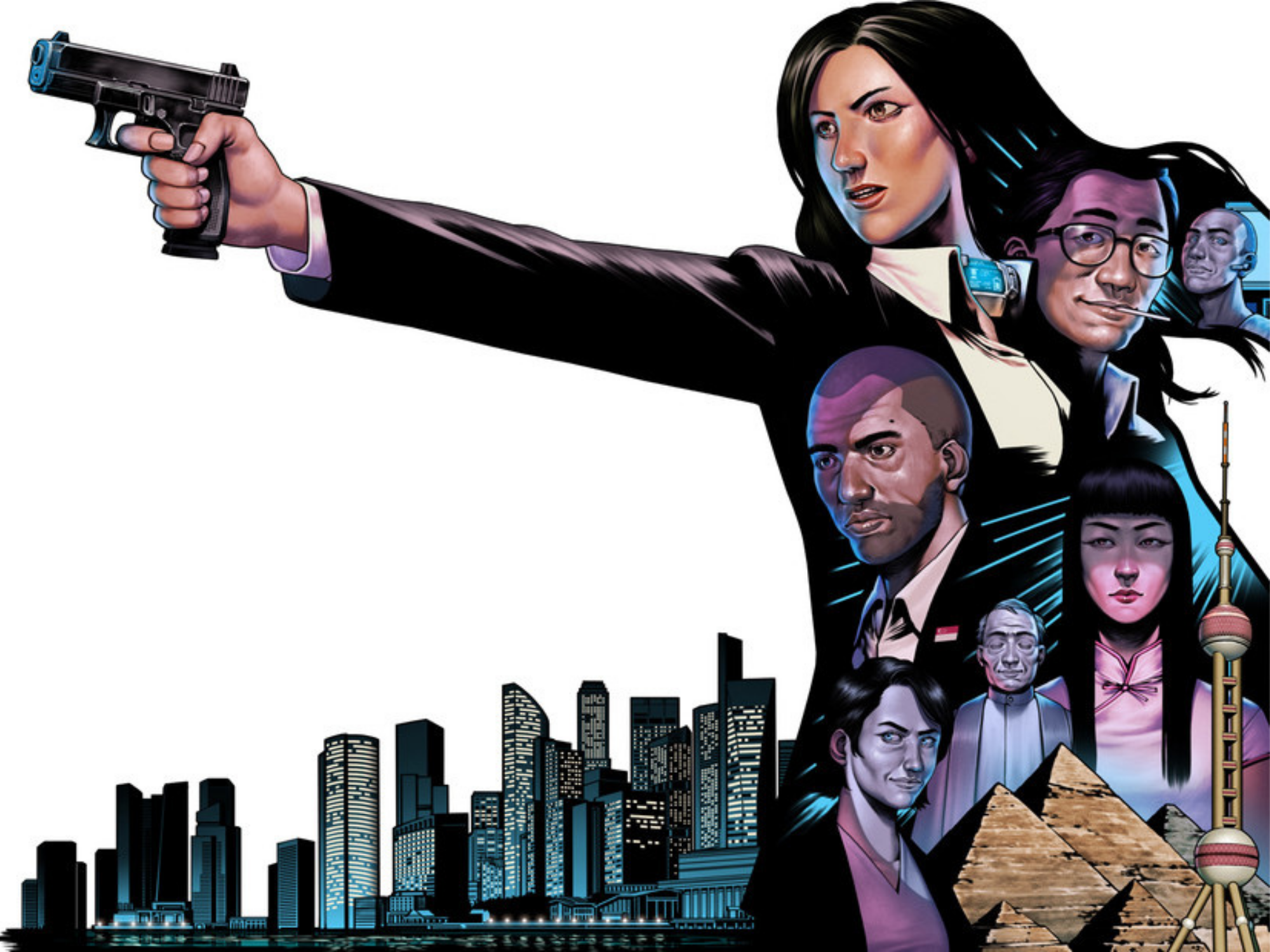 As private detectives, we investigate in the streets of a Cyberpunk version of Singapore, uncover a global conspiracy, and manage our detective agency. The detective adventure with the charming pixel look tells an exciting story and offers some of the trickiest puzzles in the entire adventure genre. Still, it also suffers from glaring design flaws. Sounds like a complex case? Let the investigation begin!

In Chinatown Detective Agency (CDA for short), we slip into the role of Amira Darma, an ex-cop who has newly opened her detective agency in the heart of Singapore in 2037. The first cases soon arrive, which initially act as self-contained units, tell more or less small stories and bring us closer to the game’s various characters. What all this has to do with the intro sequence in which drones attack a jogger in the city center remains unclear at first but becomes much more evident as the story progresses.

Most cases in CDA begin with a phone call or email that introduces us to the context, then we meet contacts, collect clues, or solve puzzles. In addition, the game chases us non-stop from scene to scene, whereby we can not only explore Singapore but also fly to several major international cities. The game isn’t stingy with impressive panoramas, which perfectly convey the futuristic cyberpunk feeling. What particularly impresses is the game’s pixel art style, which is pleasantly reminiscent of old-school retro adventures, and the fantastic electronic soundtrack.

CDA’s strengths lie in the game’s story, characters, and settings. The developers have managed to tell a story away from the usual sci-fi clichés, which brings unpredictable twists and doesn’t suffer from the jagged narrative style. It even branches off sometimes, allowing us to experience different cases in other playthroughs. The story is told mainly in dialogues, which run mainly automatically and rarely allow interactions in the style of multiple choice.

It’s great fun to listen to the (unfortunately only partially) voiced dialogues, which, with their authentic accents, fit perfectly with the game’s setting. In Singapore, we rush by MRT from Chinatown to Changi Airport, visiting the Civic District, the Botanical Gardens, and districts like Geylang or Toa Payoh, just to name a few. Anyone who has ever been to Singapore will feel right at home, and everyone else will get a small travel guide entry for each location – fantastic! The other cities, such as Kuala Lumpur, Cairo, or Chengdu, are also well implemented but are by no means as extensive as the game’s capital and, with a few exceptions, serve more as short stopovers to progress the story.

The puzzle design in CDA is somewhat unusual for the genre. Instead of relying on inventory or dialogue puzzles like most other adventures, the main thing in this game is to use your brain cells. So we often have to crack codes, decode coordinates or solve smaller logic puzzles. The game offers the possibility to conduct “real-world research.” While in the beginning, most solutions can be found by simply googling, we later have to use pen and paper ourselves regularly. This makes the detective work in CDA feel amazingly “real” at times!

However, this is where the game’s problems begin, as the puzzles can get quite frustrating. This is only secondary due to the (often relatively high) difficulty of the puzzles, but primarily due to the strange decision not to allow free saving in the game. It only creates a save automatically after a case has been closed. If you break off a case or get stuck due to mistakes, you can start again from the beginning, listen to all dialogues, and repeat puzzles that have already been solved. Unfortunately, that happens more often than you think.

You can’t just stop and continue playing at a later point in time but we also encountered some puzzles that are unsolvable because the game gives wrong information. For example, at one point, a number that would have led to the correct coordinates was missing rendering it impossible to solve the case. Such errors are annoying, but they can be avoided thanks to the built-in help function.

The clock is ticking in CDA, and it’s always ticking. In theory, such a realistic time cycle should lead to the fact that one plans well and can miss things In when being too late. In practice, one clicks on the wait function to wait again for a building to open which is neither interesting nor engaging.

The game’s economic system seems similarly senseless to us because we always had enough money to rent our office and found it very strange that all flights, no matter the destination always cost the same price. So it seems the system just hasn’t been thought through to the end when it’s a great idea to keep track of your finances, pay salaries to employees, or need to expand the office.

The development studio General Interactive Co. states that Chinatown Detective Agency is based on classics from the 80s and 90s and does live up to these role models skillfully when it comes to atmosphere, story, and graphics. Unfortunately, unnecessary peaks in difficulty (lack of saving) and the somewhat clunky user interface with too many windows distract from the otherwise refreshing gameplay. Less retro would undoubtedly have been better here!

After carefully examining the course of events and the evidence, and thorough questioning of the witnesses, our investigations show that Chinatown Detective Agency masterfully manages to combine an exciting story with an unusual setting. The audio-visual presentation is very atmospheric with its neon-heavy pixelated style, and the voice actors offer outstanding performances, marred only by a few sound bugs. Those who aren’t afraid of challenging puzzles and can forgive the design flaws mentioned above can expect a narrative highlight that stays true to its predecessors in spirit, both for better and worse. Let’s hope that some of the game’s flaws can be fixed with further updates.

Chinatown Detective Agency is available on Xbox One, Nintendo Switch, and PC (Steam). This review is based on a free review copy for PC.