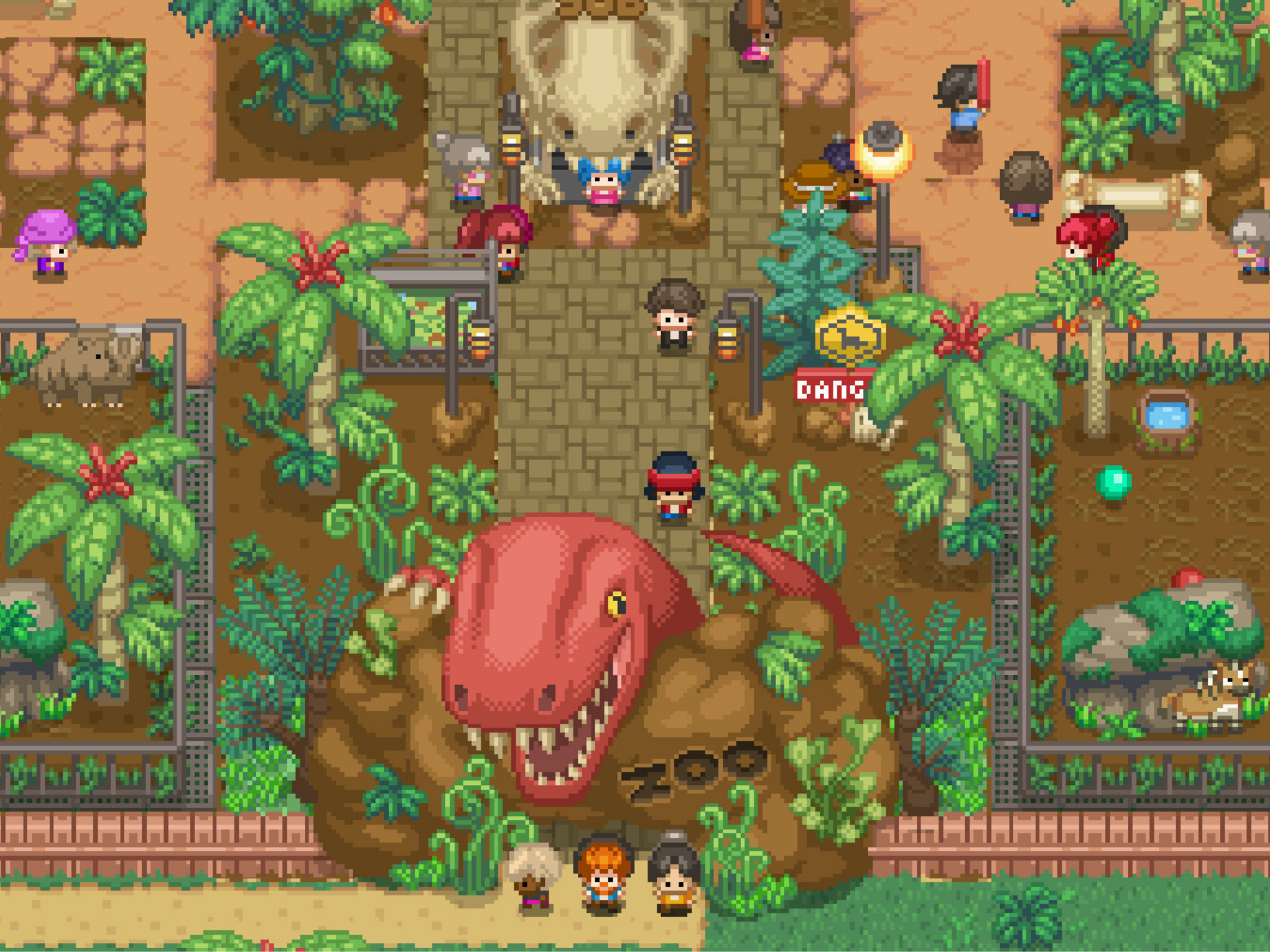 Let’s Build a Zoo was released in November last year and achieved very decent sales (according to the publisher, more than 100000 copies). A real good success for the small indie studio!

At its core, Let’s Build a Zoo is a classic 2D building simulation in which we erect and manage a zoo. In addition to the charming pixel graphics, the game impresses above all with its DNA splicing technology, with which ambitious zoo directors can create new crazy creatures.

Amusement park? Dinosaur? Clones? Anyone who does not instinctively think of the classic film Jurassic Park when hearing these keywords has probably lived in the Stone Age for the last 30 years. Because just like in the original, players of Dinosaur Island can resurrect the extinct prehistoric creatures and – what could possibly go wrong – combine their DNA with our contemporary fauna to create new astonishing beings.

In addition to 50 new creatures, the Dinosaur Island DLC will provide another campaign, new enclosures, an additional branch of research, and more shops and decorations.

Original game owners can also enjoy free content if they don’t feel like buying the DLC. The developers promise controller support, better control over the staff, new trees, rooms, and a poop diary, with which you should be able to catalog the dung of your animal beings (lol).