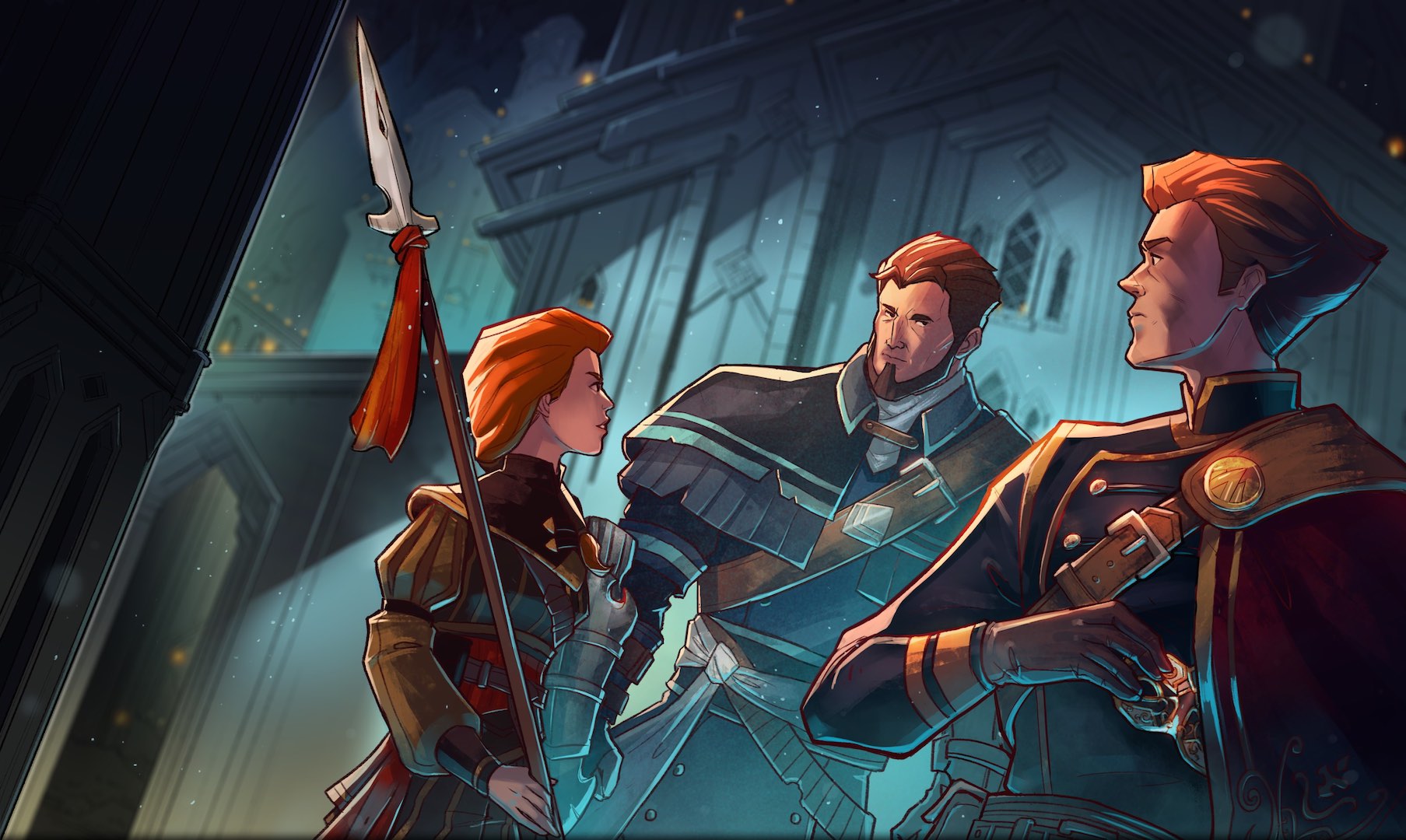 Nintendo’s Switch console continues to be very successful, not least because many popular games are subsequently ported. So, it’s not surprising that developers Witching Hour and publisher Ysbryd Games from Singapore have also decided to re-release their tactical role-playing game Masquerada: Songs and Shadows for Nintendo’s Little Wonderbox. The game appeared already in May 2019.

In essence, it is still the same audio-visual and narrative outstanding game that was released in 2016 for the PC. Masquerada lets players experience a magical story of class struggle, segregation, friendship and love that goes all the way. The whole thing is told in beautiful and colorful panoramas and cutscenes. Just like the PC version, it’s the fights that Masquerada’s greatest obstacle. The encounters are too confusing and hectic, especially at the end of the game, where they drag on annoyingly long. Here, one still wishes that there where possibilities to solve conflicts without fighting. If you want to know more about the game, we recommend checking our review of the PC version again.

Has anything changed for the Switch version? Yes and no. The Switch version of course includes all the patches and improvements of the main game but was not significantly adapted for the port. In addition, there are no other extras. The game runs smoothly on Nintendo’s console and works well. However, the controls and the user interface were not well adapted to the small screen of the Switch, making the controls very cumbersome, especially in the menus and fights. Here, one would have liked more substantial adjustments.

In the end, we can still give a recommendation for those who have not yet played Masquerada and are looking for a gripping role-playing game that leaves the beaten track and is brave enough to address critical issues as well.

Masquerada: Songs and Shadows is available for Nintendo Switch, PC (Steam), PlayStation 4 and Xbox One. This review is based on a free copy kindly provided by the publisher.