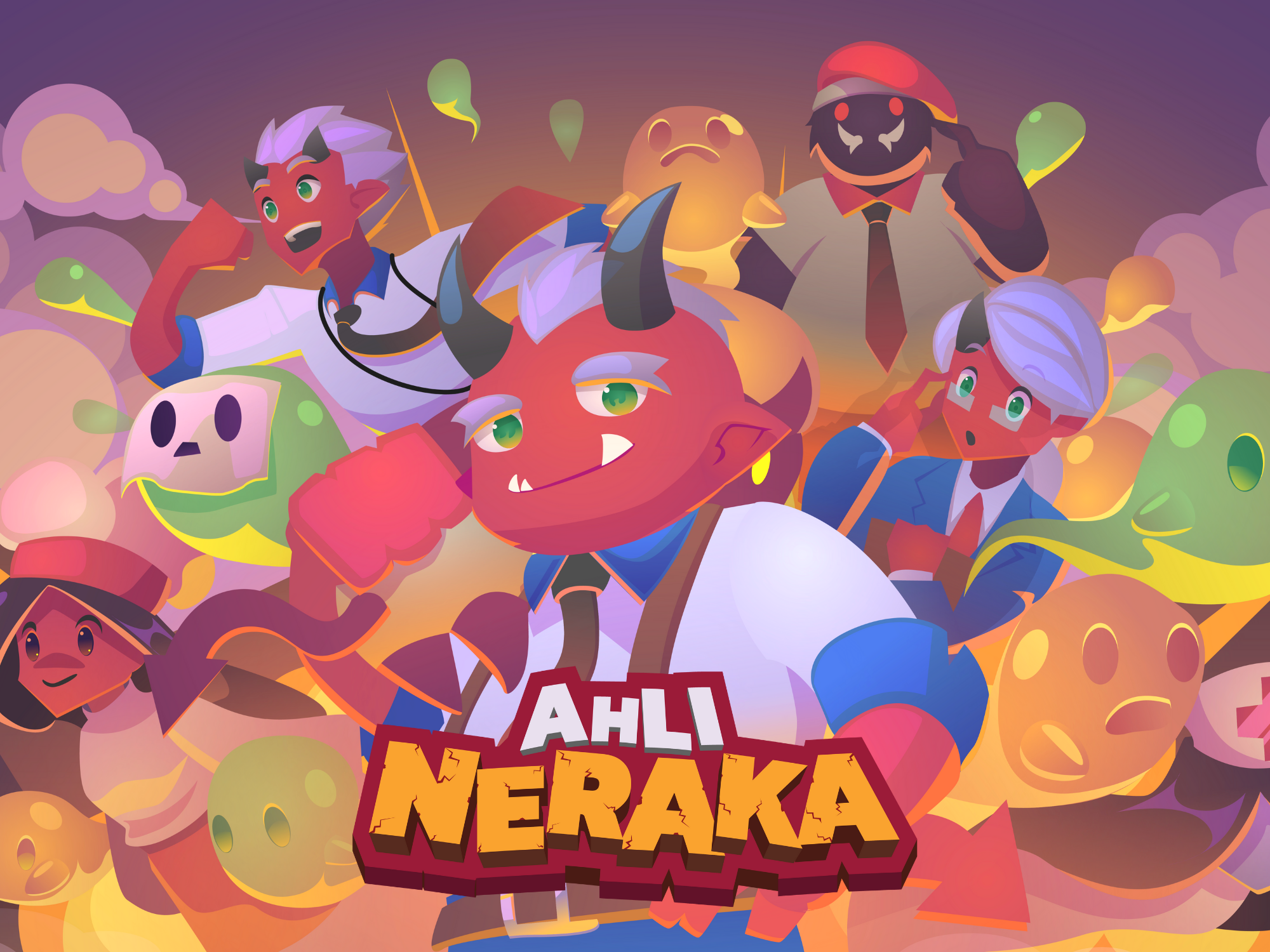 Arkana Games, an indie game developer from Indonesia, announces that its latest title, Ahli Neraka Tycoon, is currently in development.

According to their press release, it will be a hell-themed idle business simulation game where players will manage an underworld realm and ensure that the sinners are adequately tormented while keeping the operational costs minimum.

Players can build and upgrade facilities such as a Blood Room or a Torture Field to ensure that sinners are adequately tormented and generate profit. To ensure this and avoid riots by “under-tormented” inhabitants of hell, the players will get help from companions: the Syaitons. These characters are based on Indonesian ghost folklore, including gondoruwos, tuyuls, suster ngesots, and kuntilanaks. They can be employed to undertake specific tasks, like cooking, building, guarding, and cleaning the underworld.

Surya Asmoro, the Lead Artist of Arkana Games, describes their work as games for grown-up gamers who are at a point in their lives where they are busy with family and work but are still craving the sense of progression.

Ahli Neraka Tycoon will be launched for Android in September 2022.