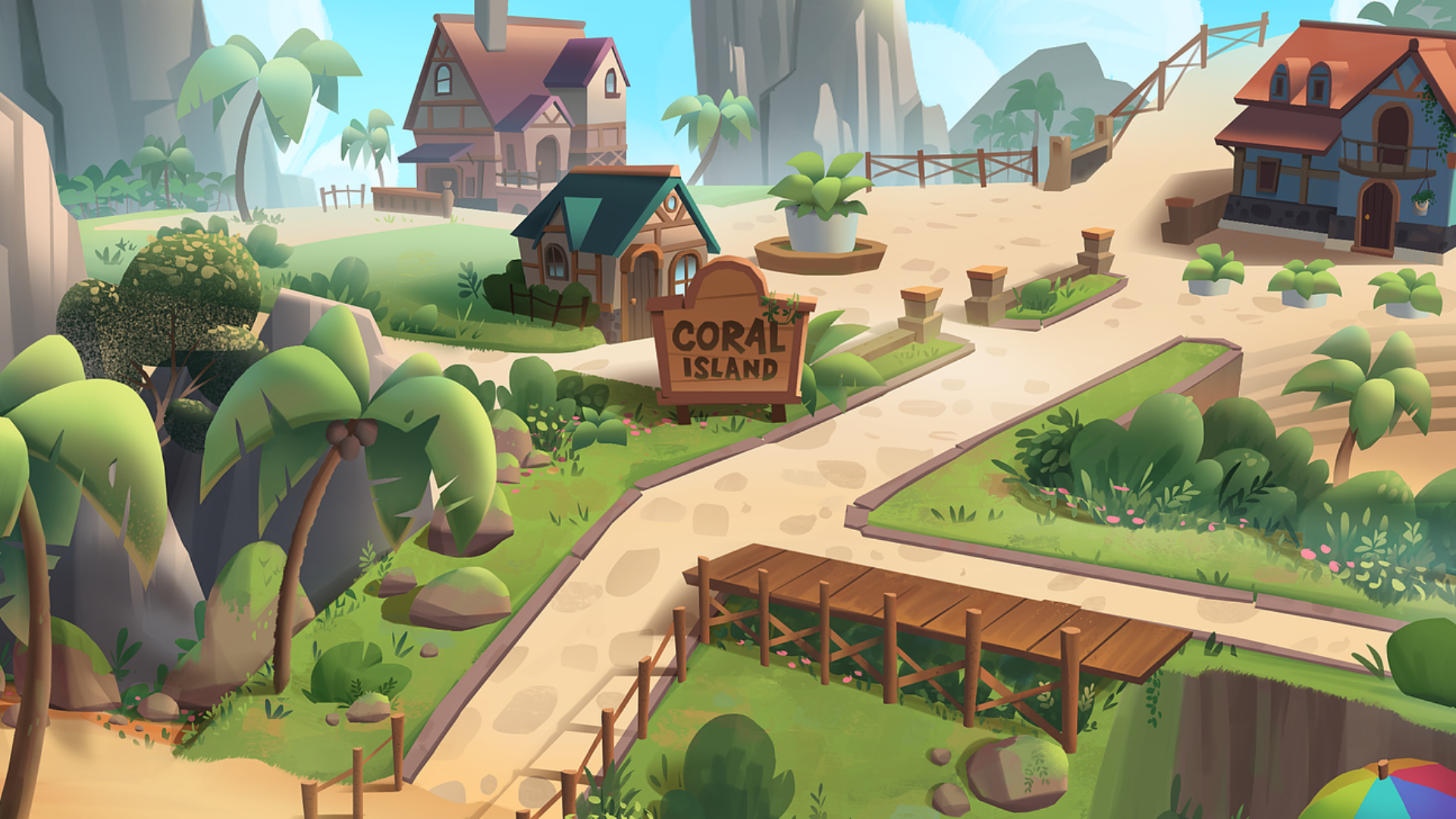 Southeast Asia is famous for its impressively beautiful coral reefs – but unfortunately many of these reefs have already died or are in extremely poor condition due to global pollution and the resulting global warming. To avoid further destruction of these fragile ecosystems, we need to protect the reefs and treat our environment with respect. The issue of environmentalism has so far been underrepresented in video games, but the Indonesian studio Stairway Games has now announced their game Coral Island to change just that.

Coral Island is supposed to be a farming simulation and the role models Harvest Moon and Stardew Valley are undeniable. Unlike the top dogs of the genre and other representatives from Southeast Asia (Re: Legend or Peaceful Days), the developers want to focus on the environmental issues and the representation of regional cultures.

Many gameplay elements seem familiar to us at first: We land on a tropical island, home to a little village Starlet Town, take care of our farm, plant and harvest and develop the island further. Between all the management part we bond with NPCs and explore deep cavern for loot. The first screenshots reveal Coral Island as a colorful 3D world in Disney-like comic style.

The developers, however, told us the twist of their game: we are not only responsible for the well-being of our farm, but for the entire ecosystem of the island. For example, we can dive to explore the eponymous reef and free it from garbage and other hazards. As to their will, all our actions in the game will take effects on the environment.

We also like the idea of ​​integrating Southeast Asian cultures into the game design: The island’s architecture is inspired, for example, by the Balinese Hindu temples. The animals and plants in the game will be based on real fauna and flora in Southeast Asia. Not to mention local dishes, which should also find their way onto the in-game menu. The characters are supposed to represent various ethnic backgrounds and we hope that the developers can avoid stereotypes here. Honestly, with over 50 planned personalities, this could be a challenge though.

We are excited to see whether the developers can implement all of their ideas satisfactorily. In any case, the material shown so far looks promising and we would be delighted if the genre can get a breath of fresh air with with the implementation of environmental issue. If everything goes well, Coral Island will be released for PC next year.