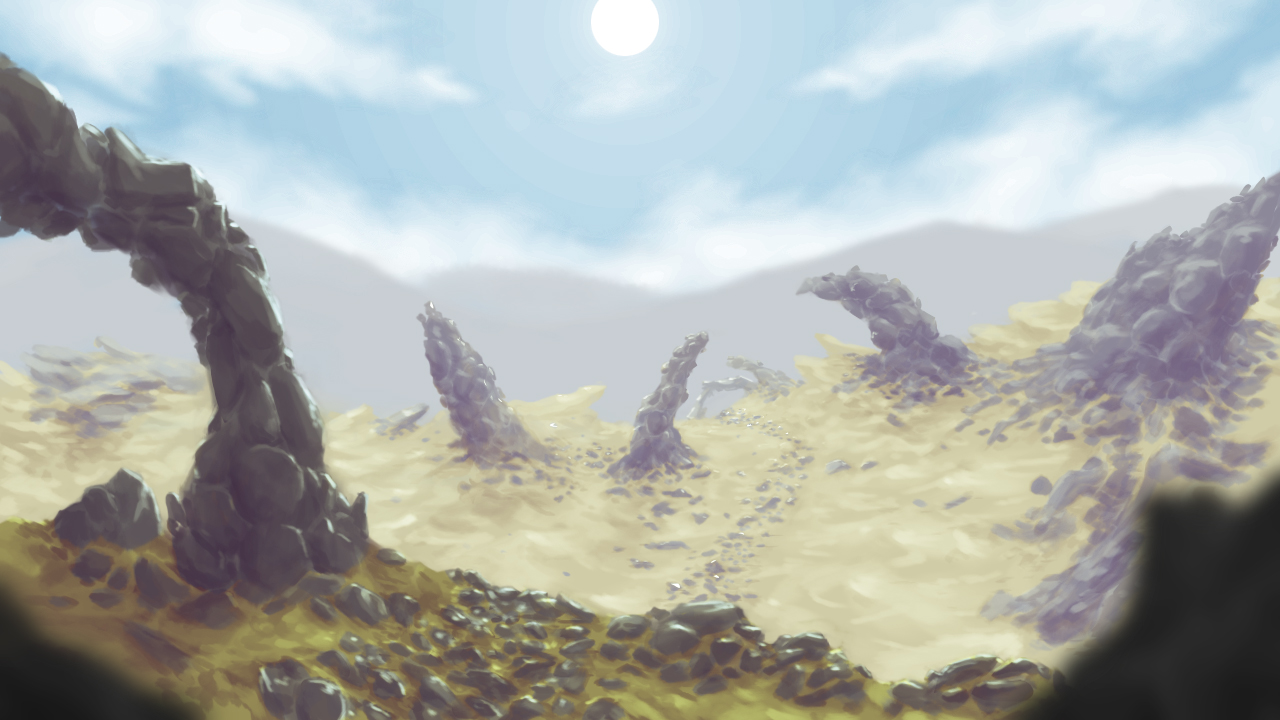 It is always good to try something new, to move on and develop new ideas. That must have been Indonesian developer Maulidan’s idea after releasing their last game Multishop Tycoon Deluxe. While entertaining in the beginning it showed some major issues in the long run. Now, Surabaya-based Maulidan is back with their latest game “Legion Tale” and with that they changed the genre entirely: no longer developing tycoon games, the new focus is now on turn-based tactical RPGs. In this review we will discover if and how they managed to improve in comparison to their last game.

Legion Tale is a turn-based RPG with tactical encounters and quick-time-events (QTEs). It tells a common fantasy story about a kingdom divided by war, an outside aggressor that is both evil and ugly and of course a hero who will save the world. Most of this story is told through dialogues in the style of visual novels. While being far from innovative, the story is still entertaining which is mainly because of its sympathetic characters and gives good guidance for the gameplay.

Changing the genre of your games is a risky thing as you basically must start over from the scratch. Maulidan still keeps a few characteristics of their former games: 2D graphics and simple yet addictive gameplay. The visuals of Legion Tale are probably the biggest improvement. No longer looking like a cheap Flash-game, Legion Tale manages to present beautifully drawn cutscenes, character portraits and some decent pixel fights. Together, these visual improvements manage to construct a beautiful fantasy world. While still basic in their premise, you can truly see the artists vision behind the graphic design, trying to mix anime style characters with retro style elements.

In the end, the gameplay was Multishop’s biggest flaw. How does Legion Tale hold up now? Maulidan tries its best to copy and mix some of the most popular elements from various RPGs. It has character development through level-ups, a QTE-based combo system, turn-based combat, and party management. In Legion Tale, players will spend most of their time in battles. Each of the game’s 20 chapters is mainly an encounter. On a 2D battlefield, characters are moved around in turns. The player has to decide whether to attack, defend or use and items. Positioning plays a big role, as attacks from behind have a damage-boosting surprise effect. Once an encounter has started, the game switches into a battle screen, viewed from a side angle. Characters attack automatically, but the player can unleash mighty combo strikes through clicking in the right moment.

In theory, this combat-focused gameplay is a good idea. First encounters are fun and serve as a good counterpart to the dialogue-heavy story sequences. Unfortunately, after some time, players will encounter the game’s biggest problem: repetition. The game simply doesn’t offer enough variety in the long run. Each encounter resembles the last. This mainly because of the repeating attack patterns and the extremely weak AI of the computer opponents. Most of the time they simply run blindly towards you or simply don’t move at all. Players will never get the feeling to fight real enemies rather than dumb robots.

This is a pity. Maulidan Games is making a lot right in Legion Tale. The implementation of a story adds to the overall experience. The battle system shows some good ideas and copies interesting aspects from other games. And the biggest step can be seen the game’s beautiful 2D visuals. Yet, the gameplay suffers, just like in Multishop Tycoon, from weird design decisions and overall repetitive gameplay. With that in mind the considerably low price, Legion Tale is still a fun little game that can entertain a few hours. The game isn’t a huge development from their last, but we can see that Maulidan Games is on the right track, so let’s hope for more improvements (especially gameplay-wise) in their next installment!

You can buy Legion Tale on Steam. An check out the game’s trailer here: