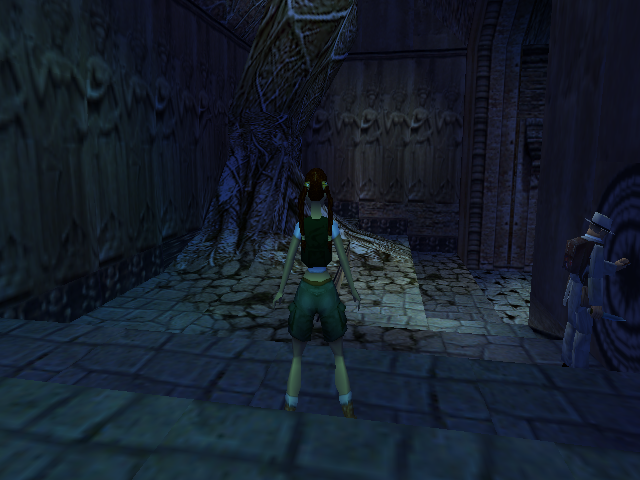 For my research, I was looking for games with a setting in the region Southeast Asia. Until this point, I had only a vague idea and to be honest, I could not remember many games playing in SEA. I was of course thinking about a wide range of shooter and strategy games covering the Vietnam War, like Call of Duty, Battlefield or Vietnam ’65. Wikipedia provides a list of these games. Being a virtual SEA indeed, this was not the kind of game I was looking for. I wanted the game to focus on culture. Ultimately, this eliminated all kind of racing games associated with Formula 1. The games feature raceways in Malaysia and Singapore, but to be honest, these raceways could be anywhere in the world. I found a wide range of games from mostly western developers that cover different countries of SEA such as Uncharted, Tomb Raider: The Last Revelation, Hitman 2 or the Secret Files adventure. While these games depict a huge variety of cultural aspects, settings and locations, none of these games are dedicated to the region entirely. Instead, being in SEA is just one of several locations around the globe, mostly limited to one or a few levels. I almost gave up, until I stumbled upon a game made by Indonesian developers and entirely set in Indonesia: DreadOut. This was exactly what I was looking for. DreadOut is a horror survival game heavily influenced by games like Fatal Frame. You play as Linda, a girl that gets lost on a trip with her class. Only armed with your smart phone (and its camera of course) you try to find your missing classmates in a haunted village. On your way, players encounter many ghosts that can be defeated with your camera. These ghosts were inspired by Indonesian myths and legends, which makes the game according to the developers, Indonesian horror. I instantly bought the game on Steam for PC (It was about eight € only thanks to a sale, yay!) and jumped right in. Moreover, I can say that this game is scary! While the technical aspects of the game are somewhat underwhelming, the atmosphere is very dense. Players feel alone very fast and hear cracking sounds and voices everywhere. I am not a big fan of horror games as I am easily scared. It makes this whole travel to a virtual Indonesia even more exciting as this game is truly new territory for me. (Sorry, never finished the game due to some very annoying glitches.)

Have you played DreadOut yet? Do you know other games playing in SEA that I have missed? Please let me know!