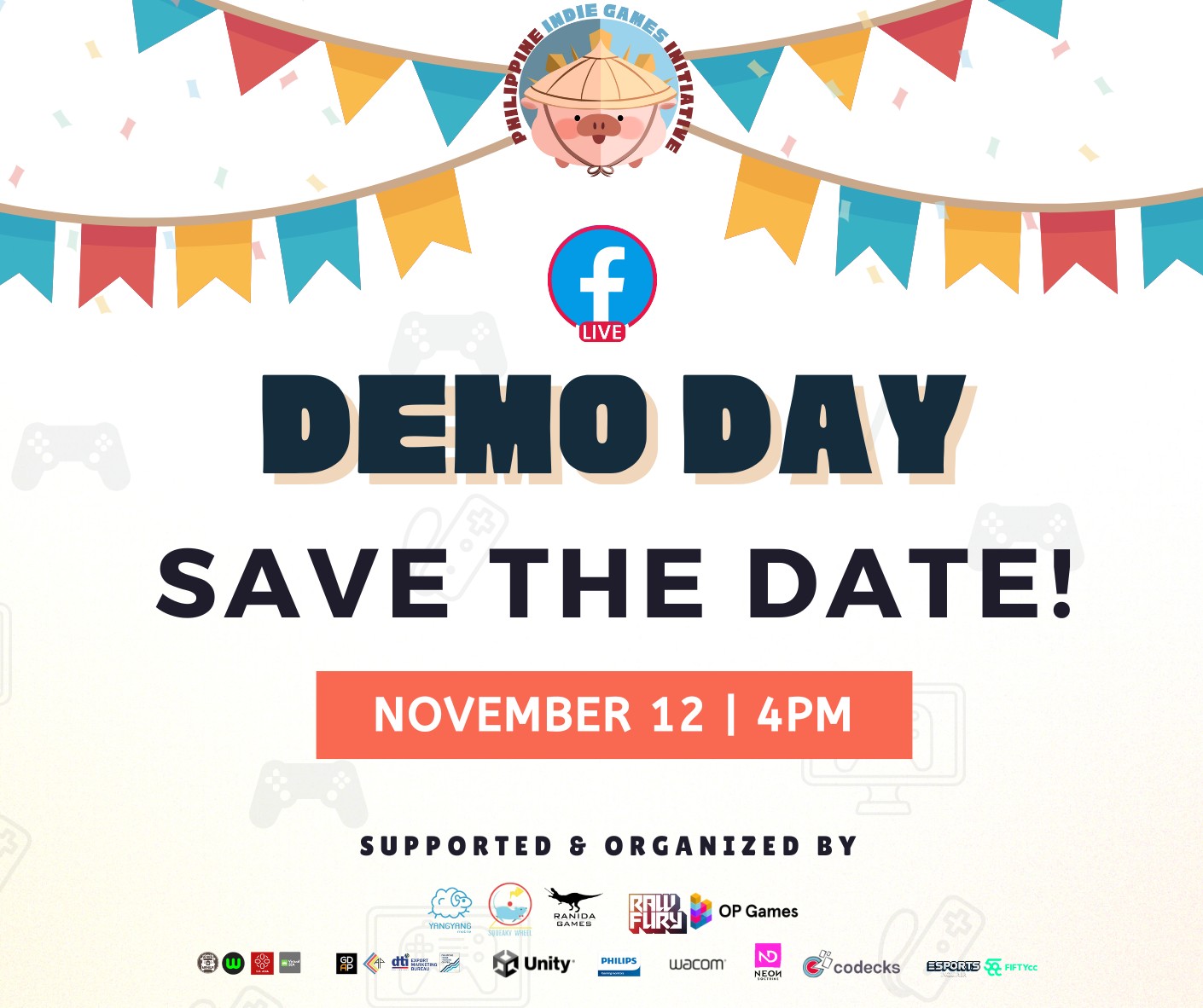 Watch the Project PIGI finalists do their first pitch to the public. Streamed live on Facebook.

Project PIGI (Philippine Indie Games Initiative) is a collaboration of three established independent game studios in the Philippines: Ranida Games, Squeaky Wheel, and Yangyang Mobile. We’re united in the belief that owning and propagating Philippine-made IP will cement the status of the Philippines as a player in the game development industry. Our goal is to bridge the divide between Filipino game developers and publishers in order to stimulate the creation of new IPs.

Developers around the Philippines are invited to submit their game prototypes to be reviewed by a panel of experts. Up to 10 teams (finalists) will be selected and will receive intensive mentoring to take their games to the next level. The culminating event will be a pitch day wherein the developers will showcase their games to local and international viewers.